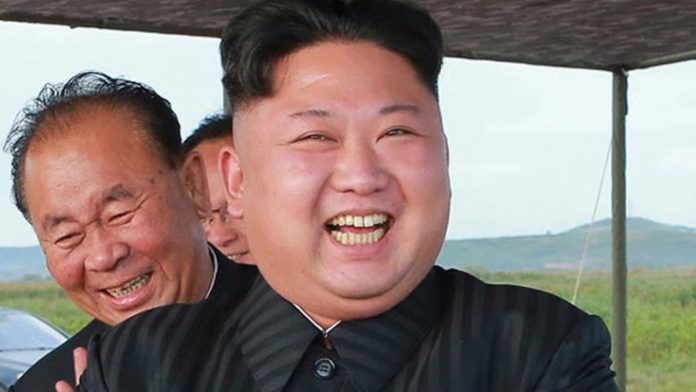 If the world was shrunk down to high school in terms of politics, North Korea would be that odd, smelly kid who has a Superman delusion and constantly wants to beat up the bigger Seniors, despite never having won a fight in its life, and is eventually booted out from class for having a hit list. But, while it’s around, we may as well have some fun looking at some of the more unique and funny threats it has thrown around in recent years. Here are the top 10 funniest threats made by North Korea. 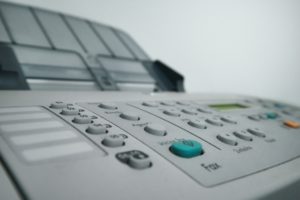 Fax machines caused terror for millions…. About a decade and a half ago. Which way does the paper go? Do I have enough paper to receive a reply? Oh no, I plugged in the phone cord too late! Well, North Korea, never one to leave alone even the most ridiculous of scare tactics, decided to use this to their advantage in 2013. Sending a message of doom and immediate atomic annihilation, the paper stated that death would occur if the anti-Kim protests didn’t cease. It can be assumed this paper was then promptly thrown into the effigy burning pit after a quick response of “We will destroy you if you try” was sent back. The scariest part about this threat is the fact that fax is still the primary means of outbound communication from North Korea, as phone lines have been cut, and the internet is censored to the point of uselessness. 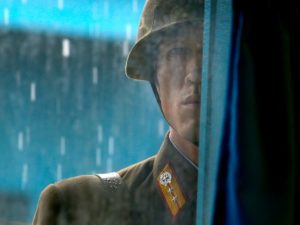 The plan is simple. Go across the border, grab as many enemy diplomats and civilians as you can manage, and hold them hostage to make sure war doesn’t break out. Great plan, right? Maybe for a dozen Stalinist non-state actors or an Islamic State cell (spoilers, bad idea for them, too), but definitely not for a whole nation.  Yet this is a plan supposedly in place as a last ditch attempt to cower out of combat if the North Koreans decide that’s the plan to go with. Now this initially seems frightening, and like a good cover. Except for the fact that nearly every nation, ever, has done this in war, and it’s never worked out to any appreciable degree. For a place without much entertainment, you’d think they’d at least have some, albeit highly censored, history books. 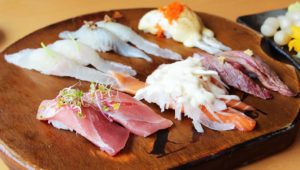 Now, up until this point, and for most of the rest of this list, threats from North Korea are pretty much sent on a nation to nation level. Not so in this case, where Kenji Fujimoto, a Sushi Chef turned author got more than his share of odd threats while working under Kim Jong-Il. Needless to say, the work environment was less than friendly, as he was daily aware that he may show up in the next Salmon roll if things didn’t go well in the meal, and ended up bailing the gig in 2001. After successfully making it back to Japan,  he began writing extensively on his experiences. As it turns out, Jong-Il was more than a little lonely after all, looking for in office romance. This may have included the sushi chef as well, as he was often forced to kiss the supreme lunatic, often being told that if he were to betray Kim, he’d be killed.  Maybe not hilarious, but certainly bizarre. 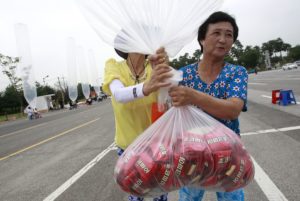 Reader, I have to level with you for a moment. I’m usually above the fat jokes. I’m fat by most accounts myself, and own up to it, and do what I can to better myself. But I also don’t have legions of starving people under my command nor do I reject their requests of cheap, delicious treats like the simple Choco Pie (where I’m from, they’re called “Moon Pies”). Especially if they earned them as rewards for being so hard working in a palce like the Kaesong Joint Industrial Zone (where North and South Koreans can work together, sort of). Now, some people who didn’t scarf them down when they had the chance, ended up selling them on the black market, and these were so valued they themselves would become a currency almost like Nuka-Cola and Cola Caps are in the Fallout Universe. After fat boy Kim got the word about this market, he quickly threatened the factories until they stopped handing them out. The South Koreans though, being a noble people full of sass, decided instead to fill large balloons with baskets full of the pies and sent them over the border. North Korea responded by threatening those launching those balloons with death by shelling. Talk about biting the hand that feeds. 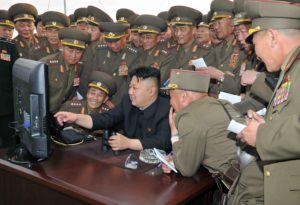 A few years back, Columbia Pictures greenlighted a Seth Rogan flick called The Interview, which focused around assassinating the North Korean leader. Needless to say, the Hermit State, and Kim Jong-un did not approve. In what was perhaps the first success of the bumbling government, a cyber attack was launched against Columbia’s parent company, using the moniker of cyber group Guardians of Peace. They also threatened terrorist acts at cinemas, which shut the movie off in that avenue. However, the publicity led to the movie being the top-grossing internet release in digital rentals, making $40 Million, and much harder to stop. If you tell us not to watch something, we’ll not only do it, we’ll do it in the comfort of our pajamas.

Propaganda to the outside world, if done right, can be pants wetting level terrifying. If done wrong, it goes right into the chuckle bucket.  Such was the case in 2013 when Uriminzokkiri, the North Korean outward facing propaganda engine, decided to play a video which showed a Korean man dreaming of death and destruction in New York, stating that the satan worshippers would get what they made. So far, so scary. Except that a lot of the footage came from Call of Duty, and was later copyright stricken and taken down. Here’s a pro tip: If you want to make something scary, at least put as much effort in as Activision did to the sequels.

4. Nuke Australia! For Self Defense? 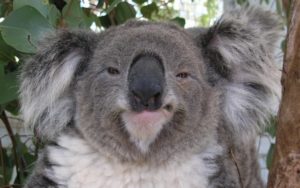 Logic has never been a strong suit of the North Korean military or government. A prime example of this is when, after Australian Foreign Minister Julie Bishop called them out on their nuclear weapons program and advocating for international sanctions against it. The spat quickly escalated as North Korea claimed such a program was in self defense and Bishop was spouting lies, to which she replied they really should be focusing on feeding citizens, not arming bombs. Apparently self defense includes the defense of an ego, as this sent a flurry of threats towards her nation, all of which are more or less unfulfillable. Good news for anyone that wants to meet a Koala, or enjoy the lovely coast. 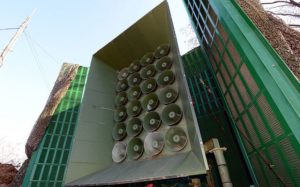 We’ve all had that one neighbor that decides to get turnt on a Tuesday. Or Wednesday, any day really as their system seems to be maxed out playing the loudest tunes possible when you are trying to write a thesis- at 2 in the morning. Well, in this case South Korea is that neighbor and blasts K-pop and News across the border on the pretext of keeping their friends in the DPRK informed. This isn’t to say the DPRK didn’t in some way earn this though, as the broadcasts started after their lied about planting mines in the DMZ. This would incur a massive amount of threats to the south including to destroy the equipment, which they didn’t manage.

If you’ve been following the news at all the past couple of years in the United States, or anywhere else really, you know we’re not in the best of places, emotionally and politically speaking. We’re divided on how we see the world, and see each other as misguided or outright evil. That being said, one should never mistake this as weakness. More or less, this is just what bored Americans do on a macro scale. You know what really brings us together? A good old, justified war. Sure, as many comedians have commented, we’ll feel bad about it later, and maybe mix in food shipments with bombs, but it won’t stop us from really messing stuff up. So we, the American people, would like to thank the North Korean regime for putting themselves on the platter by threatening to blow up the white house in May of 2017. This threat, on the heels of Navy Warships coming together in the Japan Sea, may not seem hilarious at the surface. But considering they have yet to hit Poseidon’s castle after so many years of waging war against the ocean, I at least found this amusing. 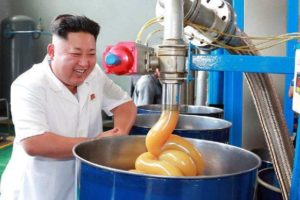 With his recent political bend towards health care, people often forget that John McCain has for the longest time been a no-nonsense, blunt-speaking military man. In March 2017, he let this shine through a bit, as well as some of his humor by calling Kim Jong-Un a “Crazy Fat Kid” during an interview where he also stated he had no idea what was going on with our own President. As one might expect after reading this list, it caused a slew of threats from North Korea that have yet to be made good on. Also within the interview, McCain noted that North Korea could easily be crippled not just by bombs, but simply by China abandoning their pet project and draining the economy alongside their interest. KCNA (Korean Central News Agency, the official news of the DPRK) later stated that McCain had hurt the dignity of the country on the whole, and went on to state that North Korea would fulfill a “Sacred” mission to destroy those willing to insult its chubby little Kim.  To Senator McCain’s credit, his response on twitter was simply “Did they want me to call him a skinny crazy kid?” This hasn’t been the first time such events have happened, either. The year before, North Korea much more politely asked China to ban to use of words like “fat” in conjunction with Kim Jong-un. I can’t help but wonder how hard the Chinese government would have laughed if similar threats were thrown their way.