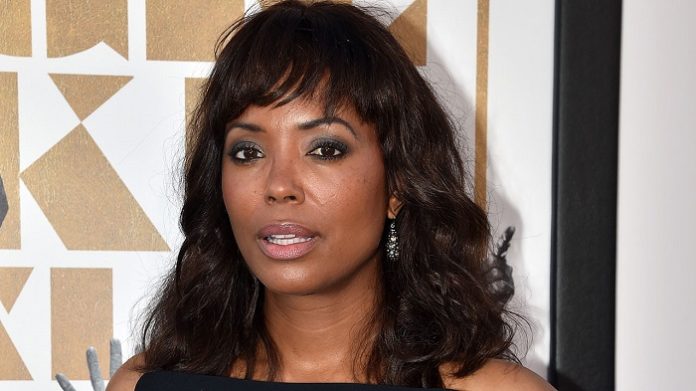 Continuing from last weeks look at H. Jon Benjamin we arrive at Aisha Tyler, who plays Lana Kane on Archer. Her career is a little more visible than Benjamin’s, with a far larger list of recurring roles in live action, as well as her current trend of hosting a variety of shows. She moved to LA in the mid nineties to start acting, after a long comedy tour across the country. Proved to be a good move for her, as it was not long before she started cropping up in minor roles across the mid nineties television landscape, and a few films too. Her career would not take off until the early 2000s though, with appearances in Curb Your Enthusiasm and hosting duties on Talk Soup, which was cancelled after one season, but marks her first foray into hosting. Her net worth took a bit of a hit not long ago, due to her divorce, but she is still doing very well for herself.

So let’s take a look through the life and career of Aisha Tyler, see where she made her money, and where she might be going in the future.

How Did Aisha Tyler Make His Money & Wealth? 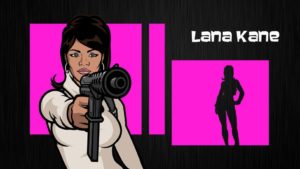 Aisha Tyler was born on September 18th 1970 in San Francisco, California. Her parents moved all over, living in Ethiopia for a year, before divorcing in 1980. Tyler was raised by her father, while her sister was raised by her mother. The divorce was at least amicable. Aisha was encouraged to pursue comedy by her father. She graduated from Dartmouth in 1992 and went into advertising, before traveling the country as a stand up.

Her television career didn’t take off until the early 2000s, when she landed two hosting jobs in 2001. She hosted Talk Soup and The Fifth Wheel. Talk Soup was the precursor to popular talk show The Soup, starring Joel McHale. She left Fifth Wheel the same year Talk Soup was cancelled to pursue other projects. The early 2000s saw Tyler appear in a number of smaller film roles. her film career never really took off, which is a shame seen as film tends to pay more than television.

The first place I saw Aisha Tyler was Friends, where she played Dr Charlie Wheeler, Joey then Ross’s girlfriend. Granted it would be years before I made the connection, but it made for a fun rewatch not too long back. A recurring character on a major sitcom is good work, and combined with her other guest appearances that year she was looking at a fairly large sum of money. It is likely that she made around $35,000 per appearance on Friends, and when you combine that with the exposure being on the show gave her Aisha Tyler made bank.

In addition to her television and film work, the mid 2000s saw Aisha Tyler move into writing, with her contributing to a few major publications, Glamour and Entertainment Weekly. In the late 2000s Tyler really stepped up her hosting game, pun not intended, when she started promoting a variety of video games, like Halo Reach. Before Archer this is where I really became familiar with her. To this day she regularly hosts gaming events. Likely not huge pay days for the comedian, but still well worth it.

In 2009 Aisha Tyler starred in Fx’s Archer, a show best described as James Bond meets Arrested Development. She plays the competent super spy Lana Kane. It’s an animated show, so we only hear her voice, but she is amazing in it. The whole cast really works together, and the show has done a good job of keeping it fresh. The first few seasons were all on the same theme, a private spy agency doing jobs all over the world. Aisha’s character is probably the most competent character, but is constantly frustrated by Sterling, played by H. Jon Benjamin, being number one, due to his mother running the agency. If you haven;t sat down and watched it I highly recommend you do so, one of the fumiest shows on TV right now.

Post Archer saw Aisha Tyler’s stock rise, with her landing a number of high profile positions. She hosted The Talk, replacing outgoing cast member Holly Robinson Peete. That show makes a lot of money, and Tyler was a host for six years, meaning she made a lot of money off the program, and it is here that she made the majority of her current net worth. Granted, she probably made less than her co-hosts, but we are still talking six figures per episode here, $500,000 per.

In 2013 it was announced that she would be hosting a revival of Whose Line is it Anyway?, the improv quiz show. She replaces Drew Carey, and while there was a bit of backlash, I think she won over the majority of the fans. The show is still exceedingly funny, if a little more rigid these days. In 2016 she successfully kick started a film, Axis, which she directed. The film stars Emily Bett Rikards, Sam Rockwell and Paget Brewster. Haven’t seen it yet, but critical consensus says it’s good, so I may have to at some point.

Overall, it seems the majority of her net worth came from hosting The Talk. Aisha Tyler is very busy though, with a number of projects on the go. When we combine Whose Line, Archer and her future directorial work it is safe to say that that figure is only going to get bigger.

She was. She married Jeff Tietjens in 1994, but the couple separated in 2015, and divorced in May past. There has been no reason put forward, but, and I hesitate to bring this up again, while hosting The Talk Aisha Tyler has stated that she and her husband had given up on trying to have children. This is important to a lot of people, and while at the time I am sure that Jeff thought he was fine with that, it seems in the long run that was not the case. She paid him $2 million after the divorce.

Where is Aisha Tyler from?

Aisha Tyler is from San Francisco California, but she spent her childhood all over the place, including Ethiopia and even lived in an Ashram in the US. An Ashram is a kind of monastery in Indian religions.

What kind of Philanthropy is Aisha Tyler involved in?

Aisha is very active in the world of charity. She serves as  chairman of the board for Planned Parenthood, directed a film to help the Wounded Warriors charity, is a spokesperson for Red Cross, and has helped raise money for Doctor’s without borders. She is also very vocal in her support for the LGBT community.