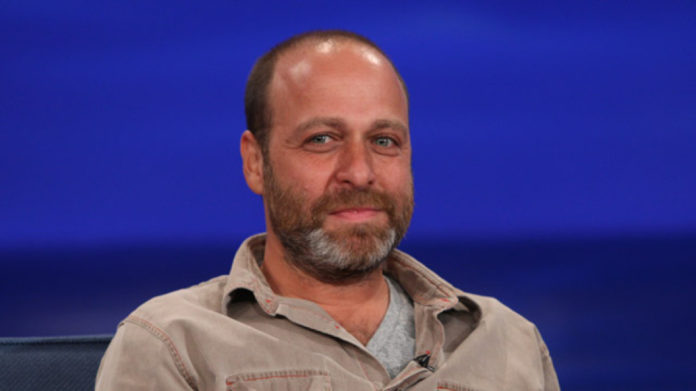 Well I thought after doing the one on Jessica Walter for the Arrested Development article set looking at the cast of FX’s Archer would be an easy segue. H. Jon Benjamin plays the lead, alcoholic Super spy Sterling Archer, using his distinctive voice to good effect. I have literally never heard anyone who can sound quite like H. Jon, and when he shows up in something he is a joy to listen to, assuming he isn’t playing piano. He has been in the business since the mid nineties, but didn’t really hit big until the mid 2000s, and even then only really seeing mainstream success after Archer and Bob’s Burgers started airing in 2009 and 2011 respectively. He also has no big name live action credits to his name, being more famous for his voice work, so that means a smaller pay packet, regardless of the quality of the shows. Unless you’re on The Simpsons, VA work pays so much less than live action television, which pays less than movies.

So let’s take a look and see how H. Jon Benjamin got to where he is today, his list of credits is pretty long, with more than one surprise in there.

How Did H. Jon Benjamin Make His Money & Wealth? 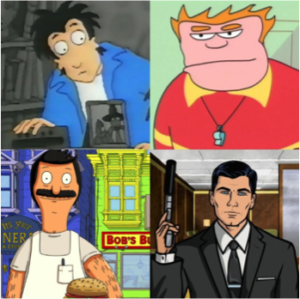 H. Jon Benjamin was born on May 23rd 1966 in Worcester, Massachusetts. He graduated from Worcester Academy in 1982. He didn’t start his comedy career until the early nineties, when he joined the Cross Comedy team, led by David Cross. He formed a double act with Sam Seder, whom he grew up with and appears on Bob’s Burgers alongside. He has appeared in a number of films, but is best known for his voice over work, which he started in the mid nineties.

His first major role was in the well received cult animated show Dr Katz Professional Therapist. The show is well known for its pioneering of squigglevision, an animation style that has the outlines constantly moving. The show is great, and anytime Benjamin opens his mouth I feel primed for laughter. There is just something incredibly unique about the way he talks, I have literally never heard anyone who sounds like that, nor anyone who can do a decent impression, and I have looked. Unfortunately, while Dr Katz was hilarious, it was not a major success. It did, however, create a stepping stone for Benjamin.

He appeared in a number of live action roles in the late nineties, but nothing of any real note. A recurring role on The Jenny McCarthy Show being the only thing of even minor importance. It wouldn’t be until the early 2000s that he was again on my radar, with his portrayal of Coach McGurk in Home Movies. Home Movies is a weird show. in a number of ways it was a spiritual successor to Dr Katz. It used the same art style, and the writing was the same, heavy on the improv. The first episode is well worth watching, it’s improvised from start to finish, and it works. Still, it is a kid’s show, so it lacks the punch of Dr Katz.

With Home Movies Benjamin cemented himself as a VA par excellence. He has went on to lend his voice to a variety of characters, but usually in guest roles. He’s very funny in Venture Bros, which I highly recommend.The majority of his big projects to date have been behind the mic, and in 2009 he landed the lead in Fx’s Archer.

He plays the title character, Sterling Archer, idiotic super spy modeled on James Bond, with more than a little Arrested Development and a splash of North By North West. The show is pitch perfect, but then it was created by Adam Reed and I don’t think he has ever made a bad show. The show is has done a good job keeping things fresh, with the first few season revolving around the escapades of private spy company ISIS, unfortunate naming there, before moving into other genres, like crime film and detective fiction, themes that last entire seasons. While the degree to which it could be said that they succeeded with these experiments is questionable, they were at least inarguably entertaining shows.

In 2011 he landed his second pillar, Bob’s Burgers, where he plays the patriarch of a family in the burger business. The show is off the wall and off beat, but always spot on with the comedy. Again, H. Jon Benjamin’s performance is exemplary, nailing gag after gag, and the whole cast just fits together wonderfully. Another of my current favorite shows, and shockingly still funny after eight seasons, not many shows can lay claim to that.

VA work pays less than live action, even when they are big shows like Archer and Bob’s Burgers. Benjamin has a wide range of credits to his name though, and it is why he is sitting at several million, instead of a few million. I cannot find exact information on his take home from his two big projects, but I do know that the actor who plays Gene in Bob’s Burger’s is only pulling in $4,400 per episode, so H Jon Benjamin is likely only pulling in $10,000 per as the star of the show. Far from impoverished, but still far less than a live action sitcom actor would make.

Not so far as I can tell. I have looked into interviews and current sources, and at least in 2001 he was unmarried for certain. Nothing seems to have changed for the man. He does have a kid, a son named Judah. He was in a relationship with Laura Silverman, which I am sure isn’t weird. I means it’s not like they have been working together for the last thirty years or anything. Wait…

Where is H. Jon Benjamin from?

H. Jon Benjamin is from Worcester, Massachusetts, and if everyone there talks like he does I think I may need to move there.

For some reason yeah, he did. He doesn’t play any instruments, which makes his skill as a pianist a little suspect. It’s a fun gag, he hired a bunch of professional session musicians to play with him and recorded the results. Worth a listen if only for the laugh, but getting through the whole thing is a bit of an attrition.

Which of his characters does H. Jon Benjamin most identify with?

He is on record saying that Bob, from Bob’s Burgers, is the one he relates to most, sans restaurant.