Conor McGregor Snapchat Name – What is His Snapchat Username & Snapcode? 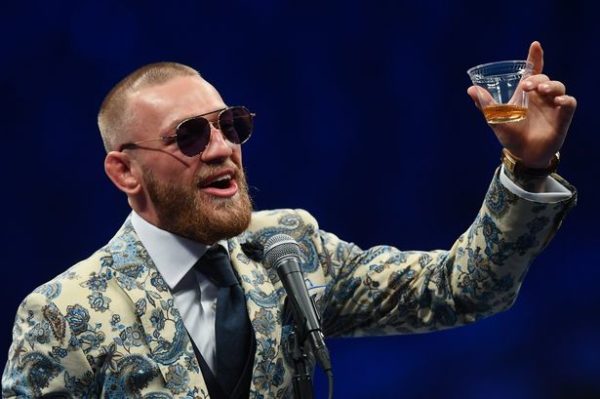 Joker, boxer, MMA champ and proud owner of a Harambe tattoo, Conor McGregor is a force to be reckoned with both inside and out of the ring. Born on July 14, 1988 as Conchúr Antóin Mac Gréagóir in Dublin, Ireland, Conor started his sports career at a Gaelscol (a primarily Irish speaking school) as a soccer player. By the time he was 12 though, he went from kicking a ball around to punching a few faces as a junior boxer.

Training under former Olympic athlete Phil Sutcliffe, Conor McGregor would learn much of the striking skills he carries into the ring today. These skills would serve him very well as a youth, as he’d win the All-Ireland Youth Championship before stepping into the ring of the world famous Celtic Warriors Gym. Here, he would be praised for having a very unpredictable striking pattern and an unorthodox stance that according to several coaches made him see eye to eye with some world champion level competition. By age 16, he be transferred to a gym run in part by Jamie Kavanagh who aided him in learning Brazilian Jiu-Jitsu, which he would gain a brown belt in.

By the age of 18, McGregor was in his first official mixed martial arts bout, in the “Irish Cage of Truth”, and would win within the first round. After this, he would leave his Plumbing apprenticeship (can you imagine this guy being a plumber?) and join the Straight Blast Gym under Kavanagh to hone his now professional skills. 2008 would prove to be a great year for McGregor, as not only would he end up being in his first set of bouts (3 wins and 1 loss) which would gain him wider attention, he would also start dating Dee Devlin, which he is still together with. One more loss and several more victories would await him in the next three years in both the featherweight and light weight divisions. In the 2011 and 2012 season, he would go onto an 8 win streak that would keep crowds coming and money flowing. During this streak, he would also become the first European fighter to hold division titles in two different weight categories. By 2013, Dana White, the head of UFC dropped by Ireland to pick up McGregor- as well as an award from Trinity College Dublin. By the time April rolled around, McGregor had won his first official UFC match against Marcus Brimage in just over 1 minute, using a variety of snap kicks and wicked uppercuts to knock him out of the match. His second match would again be a victory on account of his kicks and unusual boxing style, but unfortunately he’d end up tearing his ACL during the match and was kept out of the ring for quite some time as a result.

Coming back to UFC, Conor McGregor would come back as even more of a beast than he left as. With some signature trash talk and a bend for the extravagant, he would build up his personality alongside his fighting skills to make himself a contender for the Featherweight championship against Jose Aldo. After a world wide tour promoting the match though, Aldo backed out on account of a broken rib, and he was replaced by Chad Mendes, who unlike many of his previous opponents was a wrestling specialist as opposed to the more strike heavy game that McGregor played. Despite this disadvantage and last minute change, McGregor would come out the victor and showed a great amount of respect to Mendes after the fight, calling him an absolute legend for taking the fight. This would be a career shaping moment for both, as the gate collection was $7.2 Million, a record for UFC at the time, and attract over 16,000 audience members. It was such a special event, as it happened, that as opposed to having a pre-recorded version of “Foggy Dew”, his entrance music was instead performed by Sinead OConnor live.

After the match, Aldo and McGregor’s exchanges were increasingly volatile, and when the two finally met, it was clear they were both looking for blood, not even touching gloves before the match. The match would be record breaking quick at 13 seconds, with a hard cross landing Aldo to the ground followed by hammerfists until the ref called it. For this match, he’d be one of the highest earning men in world for that bout.

2016 would be the year of his first UFC loss, but would also be the time he would gain his second division championship in lightweight fighting. 2017, in contrast, would show to be a time Conor would take some time off from MMA to work on raising his son, as well as getting ready for a pro boxing match with Floyd Mayweather. While he did lose this match, Mayweather openly admitted he was a killer opponent, and a proper send off for his own career.

At time of writing, McGregor does not have his own Snapchat account, but has had an interesting history with Snapchat as a platform. While appearing on such accounts like FoxSports, when being confronted with fans who have wanted him to appear on their timeline, things have not gone so well. More than a few recordings have resulted in attempted swipes at the person in question, who usually didn’t ask for permission to record first.

Conor McGregor Personal Facebook Account – There are two publicly available accounts that are for Conor McGregor. The first is his official Facebook page here,  while the second is for his upcoming film Notorious , which can be found here.

Conor McGregor Kik Username or Code – At this time, McGregor does not have a public Kik account.