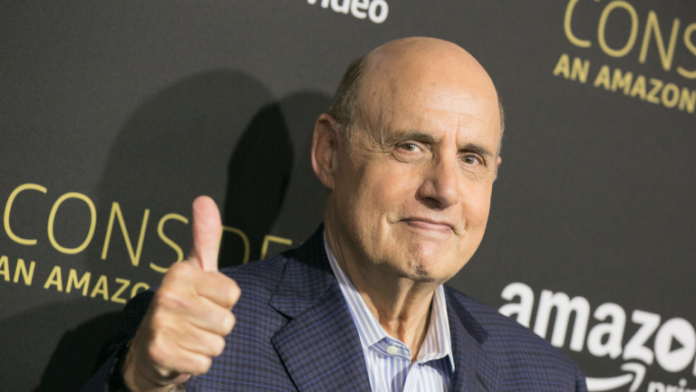 Moving on from yesterday’s look at Jessica Walter we have come to the Patriarch of the Bluth empire, Jeffrey Tambor. Tambor played George Bluth Senior on the show with skill and damn fine comedy chops, even though for much of the first season he was confined to the prison. I’m not going to say he was my favorite character, but as I have pointed out before, the beauty of Arrested Development is that each cast member brings a different style of humor to the show, making it all the more confusing for me that it was cancelled so early. Well it returned near a decade after being cancelled, and while it was not as well received as the initial run, it has been renewed for a fifth season, set to return to the older format. Tambor has also been starring in flagship Amazon show Transparent, which has seen rave reviews, managing to be both very poignant and occasionally very funny as well. In all there is little the man cannot do, so how well does all that talent transfer into cash.

So let’s take a look at the life and times of Jeffrey Tambor, see where he made the majority of his wealth and see what he might be doing in the future.

How Did Jeffrey Tambor Make His Money & Wealth? 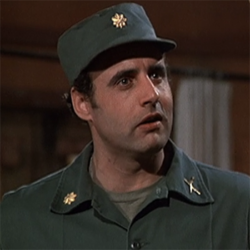 Jeffrey Tambor was born on July 8th 1944 in San Francisco California. He graduated from Abraham Lincoln High School, and went on to study acting at SF State University before moving onto Wayne State University for his masters. His early work was all on the stage, with a notable performance opposite George C Scott in the comedy Sly Fox, 1976. He moved to the screen not long after, with oles in commercials, and eventually, television. He had not major roles, or even recurring parts during this point in his career, but he showed up everywhere, from Kojak and Startsky and Hutch to Taxi.

His film career started taking off in the mid eighties, and has gone strong ever since. Never a leading man, he still brings his comedic chops to a number of roles, like Dr Doolittle and City Slickers. He is best known for TV work, but we cannot overlook the importance of his film work, especially on his bank balance. Remember, film work pays a lot more than TV, most of the time.

He got his first starring role in television in 1979, with the sitcom Ropers, but it failed to find an audience, and was cancelled after only one season. It did bring an increased profile, and for much of the eighties he was able to land recurring roles, showing up numerous times in Three’s Company, Hill Street Blues and Max Headroom. Max Headroom is well worth checking out, btw, so few examples of Cyber Punk in television, and the show is a joy.

In the nineties his career continued to build steam, and he landed a major part in what would prove to be an enduring sitcom, The Larry Sanders Show. He played the narcissistic co host of the fictional show within a show. I have yet to watch it, but so far as I can tell, looking at clips and reading reviews, it’s supposed to be great. He did not win any awards for his role, but not for lack of trying. Hardly his fault it was the nineties, the height of the TV sitcom in many ways.

He starred in Arrested Development from 2003 until present, with a nine year gap between season 3 and 4. He played George Bluth Sr, and Oscar Bluth his twin brother, and it is his character’s actions that get the ball rolling. He spends much of the first season in prison, for tax evasion. I love the show, and I love his performance on it, but the show was not a hit with viewers. It was cancelled after the third season, of twelve episodes, which was a real shame. Every character on it has a comedy niche, a style to call their own, and the chemistry between the cast was almost perfect. Netflix picked it up for a forth season in 2013, and while I liked it, most of the cast was not available at the same time, so it lost that dynamic edge. Still great though, and the fifth season reportedly has them back filming together, so I expect a more cohesive product next time around.

I cannot find concrete information on how much he made for Arrested Development the first time around, but I do know that he got paid $125,000 for season four, in the episodes he starred in, $50,000 for the ones he appears in for longer than 90 seconds, and $10,000 for all other appearance that season. 2003 sitcom starting salary tends to float around the $15,000 per episode mark, so that is a good baseline assumption. As stated, much of his fortune likely comes from the simple fact that he has seldom been without work for much of the last fifty years.

His most recent success was Transparent, an Amazon show already renewed for its fifth season. I have yet to watch that, due to the fact that I do not have an Amazon subscription. I hear it’s great, and I will have to watch it eventually, but these days there are a lot of great shows vying for my attention.

Jeffrey Tambor has been married twice. First from 1991 – 2000 to Katie Mitchell. He married his second wife, Kasia Tambor in 2001 and the couple have been together ever since. He has four children to Kasia, adding to his first born in 1975.

Where is Jeffrey Tambor from?

Jeffrey Tambor was born and raised in San Francisco. He moved to the East Coast for theater work before returning to the West Coast for film and television work.

What kind of Philanthropy is Jeffrey Tambor involved in?

Since starring in Transparent and winning numerous awards for his performance, Tambor has become very vocal about the current climate for Trans people in the US. He teaches acting at the LA LGBT center when he has the time, and has spoken out against the current hardships that LGBT youth, especially Trans youth, are going through right now.

Is Jeffrey Tambor a Scientologist?

I read about this not too long ago and looked into it. He was drawn to the faith a while back, took a few classes and for a while was in fact a Scientologist. He has since removed himself from the organization, stating clearly that “I am no longer a Scientologist.” Good to know Jeffrey.