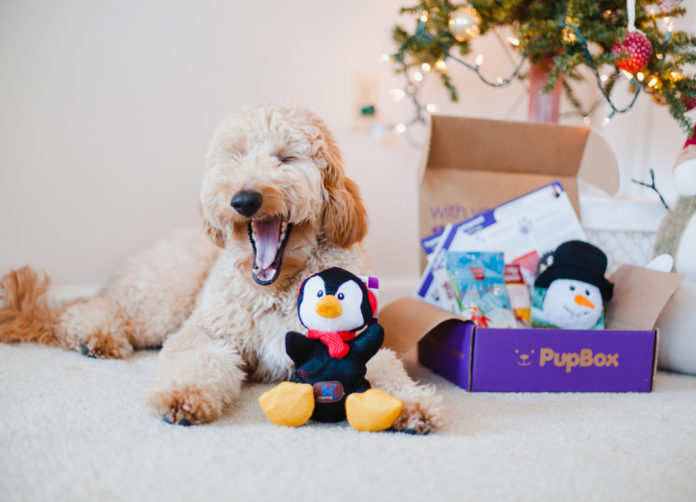 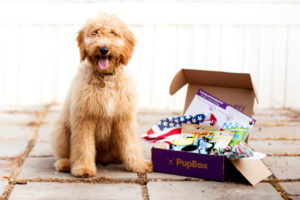 Ben and Ariel Zvaifler are a happily married couple and the proud parents of their dog Maggie. It was while they were raising their new puppy that the two of them came up with the concept for their PupBox subscription. They were displeased with the available dog products being sold in big name pet stores. What Ben and Ariel set out to do was create a system that would provide people with toys, treats, and various other training accessories. Additionally, these boxes will send you products that are “age appropriate” for your adorable pup!

The couple spent a lot of time working on their business model. They are dedicated to providing dog owners with quality products at a relatively inexpensive cost. Being a pet owner can be costly, but because they are members of the family, everyone wants to give their pets the best that they can. Ben and Ariel understand this from firsthand experience and that’s why they want help from one of the Sharks to get their PupBox business off the ground.

Both Ben, Ariel, and their dog, Maggie, enter the Shark Tank to make their pitch. They start off by telling the Sharks that they are looking for $250k in exchange for a 10% stake in their business, the PupBox. Many first time pet owners quickly realize just how challenging it can be to raise a puppy. Bringing a new pet into your home requires a lot of time and adjusting, and it doesn’t help that pet stores have a tendency to be overwhelming. Sometimes picking out the right products for your pooch isn’t an easy process because there are so many options to choose from. PupBox is a business that hopes to eliminate that stress so dog owners can simply enjoy all the perks of having a furry companion in the family.

The business model is extremely simple. Each month, subscribers will receive a box that contains anywhere from 5 to 7 products for their dog. Products range from treats, toys, and even grooming accessories. Additionally, a training guide is included in each box so that pet owners can keep tract of their puppy’s development. This makes it easier for them to be prepared for any changes their dog might experience and how they can properly deal with said changes. All of these PupBoxes are customized based on the kind of dog you have and what their needs will be as they continue to grow.

As a surprise for the Sharks, Ben and Ariel then bring around a wagon with adorable Golden Retriever puppies, probably in the hopes that holding the pups will soften them up. After each Shark is given a puppy to hold, Robert Herjavec is the first to get down to business by asking for the PupBox price. The subscription for the boxes ranges from $29 to $39 per month. Additionally, once a puppy graduates from the “puppy program”, owners will begin receiving “discovery boxes”, which are suited for adult dogs. 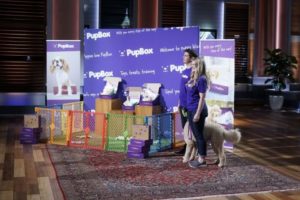 So far, PupBox has only been in business for two years and the Zvaifler’s have only gone full time in the last year. It is still a very new business, but they have managed to make $580k in sales during the time they have been functioning. Kevin O’Leary is curious to know how they are managing to get their brand name out there, which Ben reveals is primarily through social media. PupBox has been circulating through social media shares and they currently have 75 thousand followers on their Instagram page. Puppies are a huge internet sensation, so it’s easy for them to get PupBox circulating across the nation because they post such shareable content.

Before Ben and Ariel started up their own business, he worked in content development and marketing while she has over 15 years of experience in the bet industry under her belt. They put their expertise together and predict that in the upcoming year, PupBox will generate around $2.5 million in sales. Almost every month since they have been in business, sales have gone up by 10%. PupBox may still be in the early stages of its success, but they are on their way to being profitable. Just a few months ago, they became cash flow positive, so the Zvaifler’s are turning a profit.

Although everything seems to be going well for PupBox, O’Leary wants to know what makes them think their their business is worth a $250k investment. Ben claims that their projected numbers for next year already make them a profitable business and, with the help of one of the Sharks, PupBox could turn into something bigger. Despite all that optimism, Mark Cuban just isn’t all that fond of subscription services and therefore isn’t willing to make them an offer.

Before they make any final decisions, Ben and Ariel want to open the floor up for negotiation. He says he would love to hear from Lori and that they would be open to working with more than one Shark. However, Daymond is resistant to this idea because he doesn’t believe that any of the others have any assets in the pet industry that could help project PupBox forward. The Shark Tank explodes in discussion among the Sharks and tensions run high. Herjavec is losing his patience and says if they don’t make a decision, he’s going to walk out. Feeling the pressure, Ben and Ariel agree to accept his offer and become partners with him.

Since accepting Robert’s offer on the Shark Tank, PupBox has continued to do fairly well for 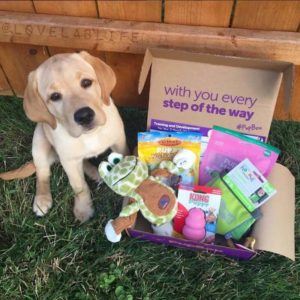 itself. Their presence on social media is still very strong. They are constantly posting photos and updates on their Facebook Page and Instagram. Since appearing on the show, their follower count has gone up to almost 100k, which is quite a few more than when they made their pitch to the Sharks.

If you are interested in checking out PupBox and what they might have to offer you and your furry friend, you can check out their Official PupBox Website. The website has a lot of helpful information about what exactly you’ll be getting into by subscribing, how it all works, and setting up a personalized training plan for your puppy!