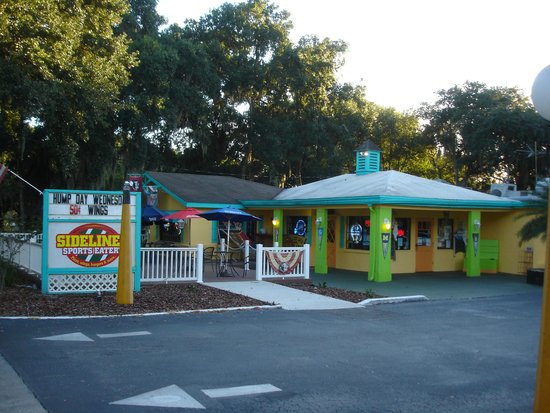 In 2006, Rich Marinacci, a successful franchise-owner, was forced to take over the buffet restaurant he had been renting after the tenants got behind on payments. He had a “nifty” building and did not want to do a buffet, since that is not him, so he changed the buffet into a sports bar. Taking the profits from his successful franchise, Rich poured money into his new personal endeavor. Initially, he invested $75,000 and in May of 2009, opened Sidelines Sports Grill and Bar. It hit its peak momentum in 2014 of earning $50,000 in profit, and things were doing well. At that point, Rich let go of his other franchises.

Unfortunately for Rich, running a franchise and running a bar were two vastly different things. The infrastructure issues and high overhead were often handled by someone else. He didn’t know what he was doing – equipment would break, the beer trough is leaking, and things are in disrepair. Finding himself in dire straights, Rich reached out to his father, Jerry, to bail him out. Jerry signed on and eventually lost $350,000 in debt, but the restaurant still has nothing to show for it. They frequently run out of items and do not have a standard. Getting basic supplies, like new cups or silverware, is like “pulling teeth.”

Desperate to cut costs anywhere he could, Rich brought in his two sons to help in the kitchen. They’re here as often as Rich is, with a minimum of 6 days a week. Neither Joey or Richie Jr enjoy their job, and both are frustrated. While Rich says that they could leave, both of them are smart enough to know that leaving is not actually an option. What turned out to be a solution turned out into another problem, as Richie Jr. likes to fight with his brother. The two of them frequently get into altercations in the kitchen.

Each failed attempt to solve the problem has now sent Rich into a downward spiral, and now he turns to having a few drinks. It’s his way of making the pain go away, and while Rich drinks away his sorrows, the bar’s standards drop and business is lost. Rich simply does not care, and he would rather drink than help the staff and bar out. As problems at the bar reach an all-time high, Rich’s homelife has begun to crumble – he chose to pay the store bills instead of his house, and now he has little time left to turn things around. If the bar fails, Rich loses everything, including his wife, his boys, and the house they managed to find. Rich has agreed to pull back the doors and bust open the books and reach out to Jon Taffer for a bar rescue. 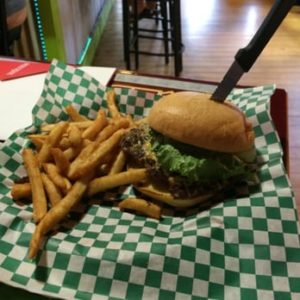 Outside of Sidelines Sports Grill and Bar, Jon pulls up with his car of experts. The outside of the restaurant looks “school-bus yellow with snot-green trim.” Mixologist expert Phil Wills says that he thinks the last time the bar was painted was probably in the 1980’s, and culinary expert Michael Ferraro says that the color even hurts his eyes a little. The team is about 20 miles north of Orlando in Mount Dora, Florida. Inside the bar, owner Rich sits at the bar ordering a drink, and John explains that he has owned the bar for nearly 11 years.

Jon then explains that Rich is losing about $3,000 a month, and is in debt more than $350,000. His house is foreclosed, and he’s at odds with both his kids and his wife. In the kitchen are Rich’s two sons, Richie Jr. and Joey. The two are fighting and there is evident animosity. Bartender Nika brings back some chicken wings, explaining that the customers want the wings to be crispier and they got the wrong sauce. Richie suggests that Joey rinse the sauce off and “re-drop” them into the frier, but assistant manager Ashlee berates him for it. Of course, they wash the sauce off with water.

This is not only illegal “as hell,” according to Jon, but it’s also just insane. Jon then explains that Rich’s father, Jerry, is also involved in the business. When Jerry isn’t present, Rich acts way differently. Jon then sends in his two spies, Alex from Mix 105.1, a local radio station, and his date. The plan is for Alex to order about 15 different items from the menu and see how both the kitchen and bar performs. Alex and his date sit at the bar, ordering the “two-for-one” margarita and a long island iced tea. Jon points out that they are making the drinks in a tall glass, and that means putting in more alcohol, otherwise the mix will be disproportional and the drink won’t have any strength at all. The proper glass is important with cocktails, according to Phil.

Then, manager Ashlee has to run to the back to grab soda, so this means that they do not have a working soda gun in the bar. Of course, Alex’s date points out that the alcohol is not strong enough. Alex and his date order the game-day nachos, garlic knots, two burgers, pizza, a few sandwiches and wings. Richie Jr. sits in the back, idle, although Jon is eager to see how Richie and Joey react. Surely enough, the ticket is printed out, and the two brothers immediately show frustration.

Joey starts to prepare the food while Richie sits there doing nothing, which only frustrates chef Michael Ferraro. None of the three experts have ever seen such a dysfunctional relationship. Even worse, Joey brings the fryer basket to the walk-in cooler, which means that he is cross-contaminating like crazy. Of course, Rich sits at the bar drinking and is completely unaware. The two brothers fight, but Richie only provokes Joey without offering any assistance himself.

Rich then comes back and tries to stop the two brothers from fighting, threatening to punch Richie in the mouth. Joey spoons on a disgusting goop of “half-chicken and half-beef” mixture onto the nachos. Even worse, he has touched raw chicken and never touched his hands. Chef Michael says that this is really dangerous, and all three say that they absolutely cannot eat it. Jon sends Michael into send the food back to the kitchen, and demands that nobody eat any food from the kitchen.

Since the appearance on Bar Rescue, Sidelines Sports Grill and Bar has been renamed to Lake House Bar and Grill. This is one of the smartest, yet most self-explanatory moves, that Jon could perform, as even as I live in northeastern Ohio, I managed to find more than 3 different Sidelines Sports Grill and Bars within the local area. With that said, things seem to be looking up for the lifespan of the new Lake House Bar and Grill.

Jon renovated the interior to feel more like a nautical pub, and maritime decorations adorn most of the walls in the new bar. Jon also equipped them with new POS systems, new draft beer systems, and a whole lot else, including a fully renovated kitchen. Since then, some local news articles have quoted owner Rich as saying that sales have more than tripled, and people are in love with the renovations. However, most positive feedback seems to be about the bartending service and the food, while the waiting staff seems to be the most critical point of feedback. Still, Yelp has a solid 3.8 star review across more than 40 different reviews, and TripAdvisor reviews sit at a 3.5 star review out of 23 different reviews. Whether or not the family has overcome their dysfunction is yet to be seen.