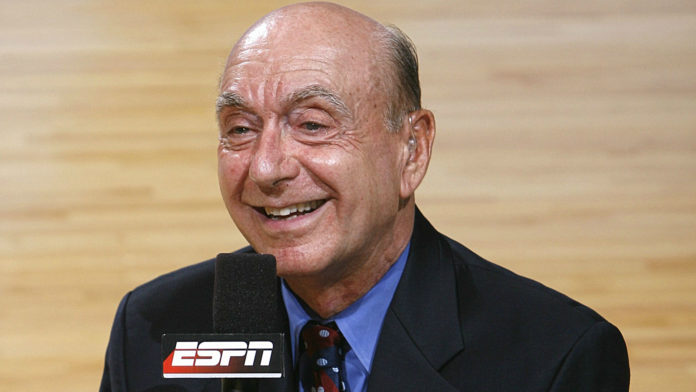 If you Google the phrase “is Dick Vitale,” the first suggestion that will come up is “is Dick Vitale dead?” The answer, of course, is no. He is alive and seemingly well, and still under contract with ESPN, and writing blog posts about sports. It’s pretty ironic to wonder if Dick Vitale is dead because his last name is the French word for “vital” which is a word that is synonymous with living. Anyway, the reason that people would wonder if Dick Vitale is alive or not is that he has been on TV for an unbelievable length of time. He joined ESPN back in the ’70s, and since then he has been a constant presence in the world of sports television, entertaining viewers with his ridiculous catchphrases and good-natured sense of humor. Along the way, he has racked up an impressive amount of dough, too. Let’s take a look at how Dick Vitale, everyone’s favorite old ass sports broadcaster, made his millions.

How Did Dick Vitale Make His Money And Wealth? 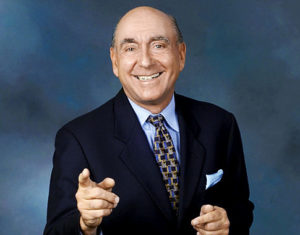 Dick Vitale was born Richard John Vitale in the year 1939, which makes him seventy-eight years old at the time of writing, so it’s a wonder that he is still working as much as he does, as many people are looking to retire around that age. He was born and grew up in New Jersey, the son of a clothing press machine worker father and factory-worker mother. These humble beginnings make his rise to wealth and public prominence all the more impressing. While Dick Vitale was still a young man, he had some kind of an incident with a pencil that resulted in him losing all of the vision in his left eye, although this accident doesn’t seem to have held him back. He graduated high school and got two college degrees before making his way into the world of sports.

Dick Vitale began coaching basketball in 1958. Funnily enough, he got his start coaching elementary school kids, so he truly rose from the very bottom to get to where he is today. He made his way through the ranks until he was coaching high school basketball for a few seasons. After that, now in 1971, he got an assistant coaching job at Rutgers University, which was certainly a big step in his career. After two seasons in this assistant coaching position, he was offered a head coaching gig by the University of Detroit, which he accepted. He had a very successful run coaching Detroit, leading them to a seventy-eight and thirty records, including a long winning streak that lasted twenty-one games.

From there, he remained in Detroit but moved further up in the 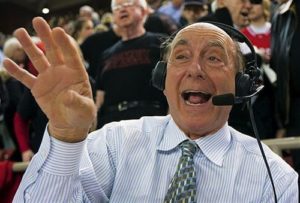 coaching world, taking a job as the coach of the Detroit Pistons in the NBA, although he leads them to a losing record and was fired after only one season. It was not entirely Vitale’s fault that he was fired, though, as some really bad trades left the team with a really weak roster that couldn’t possibly compete. Once he was fired by the Pistons, that marked the end of his NBA coaching career, and shortly after he got his first job with ESPN, which was a pretty minor station at that time. He was initially reluctant to accept the job, saying that he didn’t know anything about TV and that his spirit belonged in the world of coaching, but eventually he relented. It took him some time to get used to sports broadcasting, and in the beginning, he made many mistakes, but the public loved him almost immediately.

His popularity at ESPN was well-timed, as he grew with the network and become more popular as the channel did. By the time he had been at it for twenty years in 2004, he was doing commentary for around forty games every year. He still has a contract with ESPN that runs through to the year 2020, having now done commentary for somewhere in the ballpark of a thousand basketball games. He doesn’t really get as many games now as he used to, though, and usually appears as a kind of novelty these days. In recent years, he has been heavily decorated by sports media, being inducted into the Basketball Hall of Fame, for instance, as well as the New Jersey Hall of Fame, the Italian American Sports Hall of Fame, and more. In fact, he is in a total of nine different halls of fame. He has written nine books over the years about his experiences in basketball and has also appeared in many media endeavors, including video games, commercials, TV shows, movies, and more. 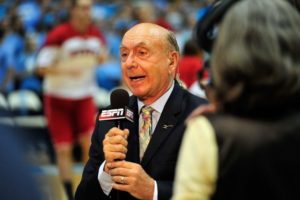 Dick Vitale has been married to a woman named Lorraine for the last fifty years or so. She has apparently lived a fairly private existence—quite a contrast to her husband who has appeared on nearly every platform possible in American media—and so there is not much information about her to be found online, save for a satirical article from the website The Onion entitled “Dick Vitale More Sexual During March Madness, Wife Lorraine Reports” which is clearly a joke at Dick’s expense.

Does Dick Vitale Have Any Children?

For a guy who has made a living saying “baby,” he has had fewer children than you would expect, perhaps. Dick Vitale and his wife Lorraine have two children and they’re both daughters, named Terri and Sherri, making it clear that Vitale’s knack for nicknames and silly rhymes extends into his personal life as well. Both of the Vitale girls went to Notre Dame University on tennis scholarships, and both of them graduated with MBAs as well. Overall, it seems like the Vitale family are very involved with Notre Dame University, as Dick has donated money to what has become the annual Dick Vitale Family Scholarship, which gives funding to an undergrad who participates in sports. The Dick Vitale Family Scholarship has gone to people like the Notre Dame mascot, and cheerleaders, and members of the marching band.

Where Did Dick Vitale Go To College?

After Dick Vitale graduated from the East Rutherford High School, he went to Seton Hall University, regarded as one of the best business schools in the United States. He graduated from Seton Hall in 1963 with an undergrad degree in business administration. After that, he went on to obtain a master’s degree in education from William Paterson University. As such, we can see that, though he was clearly a smart and ambitious guy in his youth, he never saw it necessary to leave his home state of New Jersey, as all of those schools are in the garden state. 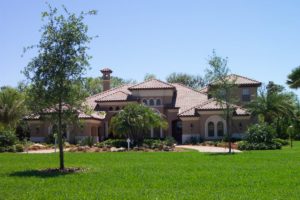 Though Dick Vitale is a millionaire, he hasn’t been prone to overspending, probably due to the time he spent in business school learning about the reasonable management of finances, and so he doesn’t have multiple huge homes like other people in the world of sports. However, he does have one lavish mansion in Bradenton, Flordia, and there are videos on YouTube of him offering tours of the home if you’re interested. It has, for instance, a huge sign on the wall that says “It’s Showtime Baby!” as well as a movie theatre and a pool and all the other kinda of lavish things you would expect.

How Much Did Dick Vitale Earn Last Year?

Though Dick Vitale has slowed down in his work as he has gotten older, his earnings are higher than ever, as he raked in a cool $3 million last year, which is an above average year of earnings for Vitale, given that it represents nearly a quarter of his net worth. Much of his earning in recent years comes from corporate speaking gigs, as he gives motivational speeches all over the United States.

Given Dick Vitale’s generally likable personality and fondness for silly sayings, it probably comes as no surprise that he’s generally a generous guy when it comes to charity work. He is on the board of directors of a cancer foundation, and hosts a golf tournament in his home state, Florida, every year that benefits cancer research. He gives money for five scholarships every year for the Boys and Girls Club in Florida, and he has a banquet every year that raises money for the club too. He is also an advisor to various organizations, including the Harlem Globetrotters and the Henry Iba Citizen Awards.

What Are Dick Vitale’s Catchphrases?

Dick Vitale is generally a gregarious character, and his skill for coming up with crazy catchphrase is second to none. Remember when you’re reading these to imagine them bellowed with great enthusiasm. Here are some of his finest:

“diaper dandy” — referring to a freshman player who is a superstar

“Get a TO, baby!” —encouraging teams to call a timeout