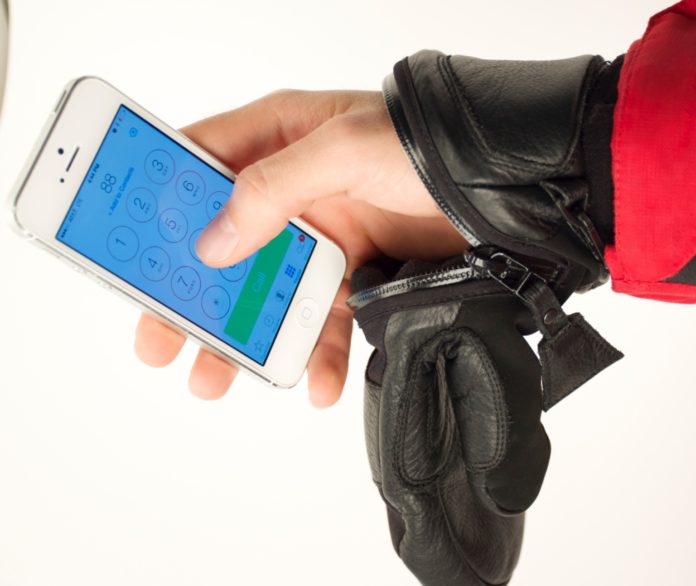 Hand Out Gloves Before Shark Tank

In 2013, Jake Sullivan purchased Hand Out Gloves, rebranded the whole company, and took over the patent.  Jake and Don decided to tweak the products and developed a prototype for their glove that offered “five finger dexterity.” They were able to bring their sales up to $125,000 from $15,000. Let’s see if the Sharks are willing to invest in the glove business.

Hand Out Gloves on Shark Tank 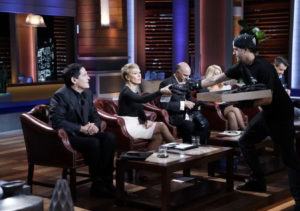 An older man and a young adult walked out onto the stage and into the Shark Tank. The older man faced the Sharks and introduced himself as Don Wildman from Malibu California. He said that he was the co-founder of Hand Out Gloves. The younger man introduced himself as Jake Sullivan from Salt Lake City, Utah. He said that he was the co-founder and president of Hand Out Gloves. Each of them unzipped something on their gloves and pulled their hand out around the wrist. The entrepreneurs asked for $150,000 in exchange for 20% ownership in their company, as well as $150,000 loan. Mark Cuban made a surprised noise and said that that was an interesting deal that they were seeking.

Jake said that all it took was a strategically placed waterproof zipper. He said that it enables the customer to leave their gloves on while they check their phone, cracking a beer, or other activities. He stated that it allowed the wearer to get full 5 finger dexterity quickly for whatever it is that they need to do, or dump excess heat. At that moment, a woman wearing the same Hand Out Gloves T-shirt on came out onto the stage spinning pole that was lit on fire. Jake told the Sharks that they would be able to do whatever it is that they need to do without gloves, and they don’t have to take them off to do it. As they finished up their presentation, the woman walked off stage still spinning the burning discs.

Don finished up by saying that since he was 85 years old, he is going to need some help. He pointed Jake and said that he was the young man, so he is looking for some guys that had some brainpower to add to their team. He said that the Sharks should have the same passion and enthusiasm that they did for dominating the gloves industry. Once Don finished speaking, Jake said that he would pass out some Hand Out Gloves samples so that the Sharks could take a look.

Robert told Don that he was one muscled dude. Don flexed one of his biceps, and it was quite impressive that an 85-year-old man was that ripped. The Sharks all murmured their first impressions. Robert asked if Don was really 85, and Don admitted that he would be 84 that year. Robert still said that he was an amazing shape, not minding the white lie. Barbara told him that he would be her 3rd husband. As Kevin told Barbara, he was too young for her, Don told her that she would be his 5th wife.

Don said that he had done the Iron Man 8 times, and loved many kinds of sports. Robert asked what businesses he got into that got to over $1 billion. Don said that he had started Bally’s Fitness Clubs. He helped run 450 clubs by the end of his time there.

Barbara asked the 2 entrepreneurs if they had a patent on Hand Out Gloves. Jake said that they had a utility patent filed that was still pending. Barbara asked about the sales, and Jake told her that the 1st year they did $15,000. He said that they sold those regionally Salt Lake City, Utah. Jake said that so far this year, they were at $125,000 so far. Robert wanted to know what happened in between those numbers, and Jake told them that they got picked up by big-box retail. Robert asked which store he was in, and Jake told him that it was REI. It was the only store that they were in other than the little local ski shops.

Robert asked about their online stores, and Jake let him know that they were on Amazon as well as on their direct order site. The Sharks want to know what they sold the products for, and how much it costs to make. Jake said that it depended on which glove they were talking about. He said that Lori had a lightweight glove that cost $11 to make, they sold it wholesale for $20 and retailed it for $40. Robert asked about the one that he was wearing, and Jake told him it cost $32, wholesale for $60, and retailed for $120. Robert told him that it was a great glove that felt really well-made. Jake told him that the glove that he was wearing he had for 4 years, which was the entire length of Hand Out Gloves.

Lori wanted to know what the patent was on. Jake said that it was on the zipper and the wrist strap. Robert wanted to know what the game plan was for the next couple years. Jake said that he wanted to expand into other markets besides skiing and snowboarding. He said that he saw it functioning for other outdoor activities such as hunting, fishing, construction, and military. Kevin pointed out that it was a seasonal product, but Jeff stated that they have the option of the southern hemisphere which has a complete opposite winter. He thought it was something that they could run year-round.

Lori wanted to know how the 2 of them met up since they seemed like an unlikely couple. Don explained that he was a friend of the family, and he had been skiing in Utah for 3 years before Jake’s mother sold him a place up there. Jake worked at a glove manufacturer and he helped build the company. Robert asked more about Don’s background, and Don told him that he didn’t graduate from high school, and he started his own business after coming home from Korea. He went to work for a small health company which went bankrupt, and he got into a good relationship with the creditors. He took over 5 health clubs in Chicago and built it into a deal where he got bought out.

Mark Cuban said that they were great gloves, and was wondering why Hand Out Gloves hadn’t sold more. Don said that that was because they would have been concentrating on the Utah market. Barbara said that they were missing a piece of something. She called Don a natural born salesman but didn’t think that Jake was. Regardless, she is going to make them an offer. She wanted another Shark with her because she didn’t want to take the amount of risk. Barbara offered them $150,000 in exchange for 12.5% equity and was looking for another Shark to join her for a total of 25% equity.

Robert told the 2 of them that he felt like they made a fantastic glove, but he didn’t know how to make the business grow. He didn’t know how he could make a very big, so he went out. Mark Cuban was up next. He said that he thought it was a fantastic glove that he could put on, and show it off as to how it worked. He said that the challenge would be putting together a marketing plan and having the organization. Don mentioned that he had always been organized. He had once supervised over 15,000 employees. Mark wanted to know what would happen if he joined the company. If he had people that were in the outdoors market, it would be better but this was not one of the areas that he had focused on. Mark went out.

Barbara addressed on, and told him that he had to get another shark in, and now only Lori and Kevin were left. Kevin said that he had gone through the process of getting a product to the big-box stores, and it sobered him. He realized how hard it was. He said that the whole thing skews to the big guys that are willing to invest a ton of money in it. Kevin said it wasn’t for him, but the story was fantastic.

Lori said that for her it was a crowded space. She liked both of the entrepreneurs, but it worried her to invest in the glove market. She thought that they were sharing the sales with their competitors, and that’s the reason that the sales are so small. She didn’t think that the gloves were bad, it’s just that there were so many options to choose from. Don tried to interrupt her, but before he could do so she went out. Robert encouraged Barbara to put up the entire investment asked.

Don addressed Barbara, and said that he would put $300,000 of his own money into the company as capital so it had a better balance sheet. Barbara said that if he did that, she would put in another $300,000 as a line of credit against the cost of goods with 6% interest for 25% equity. Jake and Don look to the job there, and Jake said that they would love to take that deal. They went up to greet Barbara to shake her hand, and she reached in to Don for a hug. She ended up grabbing his butt. Let’s see how they do with Barbara’s help.

Hand Out Gloves Now in 2018 – The After Shark Tank Update 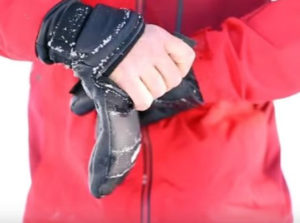 Since making a deal with Barbara on the Shark Tank, Hand Out Gloves has expanded from just snowboarding and ski gloves to other outdoor activities like fishing and hunting. In 2018, they are coming out with a line of gloves for construction workers, as well as a clothing line. It looks like they are expanding nicely with the credit line expansion from Barbara. Take a look at their website by clicking here.