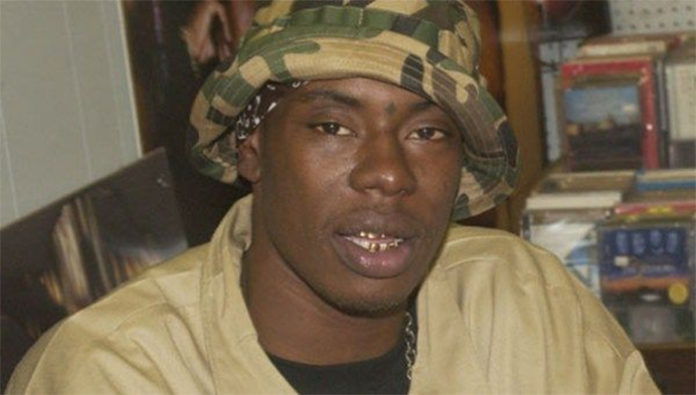 A rapper out of New Orleans, Soulja Slim had been making music since the early 90’s. Under the moniker, “Magnolia Slim”, he performed at countless venues during his teen years. With that said, it wasn’t until later on that he released his first album, Soulja Fa Lyfe. A local hit, the record garnered the aspiring artist a considerable amount of fame at the time. Continuing to churn out music over the next few years, he issued Dark Side, and Give It 2 ‘Em Raw in 1995 and 1998 respectively, the latter of which charted in the United States. Following the arrival of the new millennium, he dropped three additional albums, The Streets Made Me, Years Later, and Years Later….A Few Months After, all of which were decent successes.

Despite the burgeoning rap career that he enjoyed, however, Soulja Slim had his share of troubles. For one thing, he had abused drugs for many years since his teens, something that landed him in prison for five years. Despite this, his music had garnered him a decent fanbase in the hip-hop scene. Following his untimely death in 2003, a few posthumous mixtapes were issued, including the Cutthroat Mixtape series. In 2004, he was also recognized for his work on the number one hit, Slow Motion.

Tragically, Soulja Slim’s life was cut short when he was still in his twenties. According to reports, he had passed away after being shot multiple times on the front lawn of his home. What led to the rapper’s tragic murder? What had Soulja Slim been up until the time of the incident? We will be trying to answer these questions below.

Born on September 9, 1977, in New Orleans, Louisiana, Soulja Slim (Real Name: James A’Darryl Tapp Jr.) grew up in the Magnolia Projects. As a student, he went to Cohen Senior High School for a few years, prior to dropping out during the 11th grade. A troubled teen, he soon got involved with drugs, having formed an addiction to cocaine and heroin. By the time he was eighteen, he had landed himself at the juvenile detention center for armed robbery.

Between said activities, however, he also enjoyed making music. In fact, he had released a number of projects prior to being incarcerated. His first solo album, Soulja Fa Lyfe was released in 1994. A local hit, it managed to sell over 90,000 units independently, which was a feat in itself. A second album titled, Dark Side was issued in 1995.

Eventually, let out of the juvenile center, he continued his life on the streets. Unsurprisingly, the lanky teen was arrested several times over the next year; before long, he was serving time in a state jail. Sentenced to two years behind bars, Slim later regained his freedom in 1998. Signing to No Limit Records, he shifted his focus and began to work on his official music debut.

His major label debut, Give It 2 ‘Em Raw was made available in the summer of 1998. A mild success, it boasted 20 tracks, many of which were collaborations with artists such as C-Murder, Mia X, Full Blooded, Big Ed, Steady Mobb’n, and Tre-Nitty. A mild success, the record debuted at number 13 on the Billboard Top 200, with over 82,000 first week sales in the United States; later on, it also peaked at number 4 on the Top R&B Albums chart. Among the titles that it gave rise to include, What’s Up What’s Happening, Get High With Me, You Ain’t Never Seen, Hustlin’ is a Habit, and You Got It.

Three years later, he dropped his next album, The Streets Made Me. Produced by Master P and Donald XL Robertson, it featured many guest appearances from Crazy, Traci, Ms. Peaches, Damien, and Twelve A ‘Klok, among others. Not as successful as its predecessor, it charted at number 188 on the Billboard 200. Despite its mediocre chart performance, however, the album generally received positive reviews from critics and fans. Later that a year, it spawned the single, Get Cha Mind Right (Feat. Crazy and X-Conn).

His third studio album, Years Later was dropped in December 2002. Released through his own music label, Cut Throat Comitty Records, its production was primarily handled by Donald XL Robertson. An 18-track project, the playlist included many memorable titles such as Love Me Or Love Me Not, Souljas On My Feet, I’ll Pay For It, Hit The Highway, Too Damn Cut Throat, and Years Later. While the album didn’t manage to reach the Billboard 200, it did go on to peak at number 72 on the Top R&B Albums chart in the US.

His fourth and final album, Years Later…A Few Months After was released in August 2003, just a few months prior to his untimely death. Produced by the rapper himself, it contained over a dozen new tracks including Hit The Highway, I’ll Pay For It, Speak Yo Mind, Heat On Me, and U Bootin’ Up. Similar to his earlier efforts, the album also featured guest appearances from artists such as Mystikal, Juvenile, Lil Real One, and Lil Menace.

Following his death, a number of posthumous projects were made available. For instance, a couple of mixtapes- the Cutthroat Mixtape series- had been released in 2004.

That spring, Soulja Slim also received recognition for his contributions to Juvenile’s hit single, Slow which was released in stores on March 1, 2004. Featuring guest vocals from the late rapper, the song soared to the number one position on the Billboard Hot 100, where it remained for two weeks. The seventh record to reach number one posthumously for an artist, it has since been certified gold by the RIAA.

Over the next few years, two additional projects were released. In 2008, a mixtape dubbed, Thug Brothers (Mixtape) was made available. Then in 2005, Greatest Hits, a collaboration album containing 20 of his top tracks was released.

What Happened to Soulja Slim? The Rapper’s Untimely Death

On November 26, 2003, Soulja Slim was shot multiple times- three times in the chest and once in the face- on the front yard of his two-story duplex home in New Orlean’s Gentilly neighborhood. According to witnesses that were present, they had spotted a man wearing dark clothing fleeing the scene afterward. In a subsequent interview with the rapper’s stepfather, who chose to be unnamed, he stated that his son’s swift rise in the music scene may have been motivation for his killing.

Following his death, he was buried in the costume that he wore on the cover of his 1998 album, Give It 2 ‘Em Raw.

A month after the incident, officials arrested 22-year-old Garelle Smith in connection with the killing. According to reports, police had found a stolen police pistol in his possession. Following a ballistics test, it was discovered that the bullets from the pistol matched the ones found at the crime scene. Still, there were no witnesses that would testify against Smith.

Released from custody, Smith went on to get himself arrested for three additional murders over the next few years. Despite this, however, each of the charges was dropped due to a lack of witnesses. On August 15, 2011, he was found shot to death. To this day, Soulja Slim’s murder remains to be an official cold case.