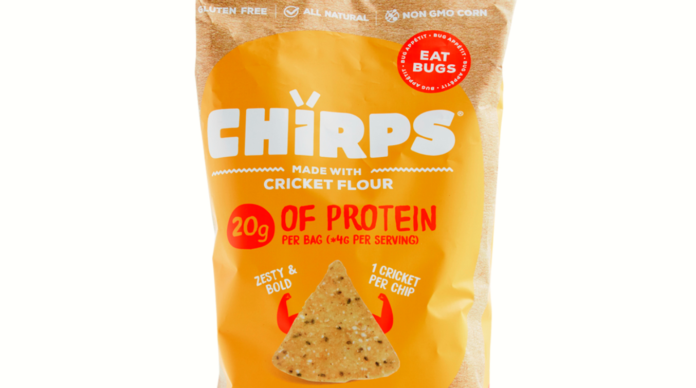 Laura and Rose were college roommates at Harvard. The two went to different countries for semesters abroad, and when they got back they shared a common experience – eating insects. The two young women were inspired to research more about bug nutrition and found that it was common in other countries. Insects are also a very sustainable source of protein. They decided to start Chirps, a cricket-based chip. They were able to raise $200,000 in different pitch contests. Let’s see if the Sharks will be equally as impressed. 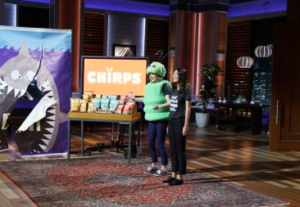 Rose Wang walked out onto the stage and into the Shark Tank. She was wearing black pants as well as a black T-shirt that said: “eat what bugs you.” Rose introduced herself to the Sharks and told them that she was from San Francisco California. She requested $100,000 in exchange for 7% of her company, Chirps. At that moment, a woman dressed in a cricket costume burst out from behind a banner that had the company’s name on it. This startled Barbara and Lori. The woman introduced herself as Laura D’Asaro, the other founder of Chirps.

Chris Sacca, who was a guest Shark for this episode, burst into laughter. Rose told the sharks that it was time for them to eat what bugs them. She said that they had seen a cricket product before, and already knew that it was one of the most sustainable and healthiest protein sources around. Laura said that she realized that there are challenges to getting people comfortable with the idea of eating insects. Chirps was Laura and Rose’s idea to get people excited about the idea of eating bugs. This put the protein source and what they called America’s favorite snack food – chips.

Rose said that Chirps would be America’s gateway bug since chips were something that everyone already loves to eat. Laura said that each serving of the cricket chips had as much protein as an egg white as well as 30% less fat than regular potato chips. She also claimed that it tasted just like a regular corn chip. Rose said that there is just one cricket per chip, and they were non-Gmo, all-natural, and gluten-free. Laura said that if they were able to get people excited about eating bugs, they would be able to put bugs in all sorts of foods. Rose as the Sharks who want to chip into the future, and support Chirps.

Lori and asked if they are going to get to try them, and Rose told her that they’d brought samples. Mark asked why there is just one cricket per chip since there wasn’t that much protein in one cricket. Rose told him that there are 4 g of protein per serving of Chirps. She stated that the entrepreneur is preferred there to be more cricket flour in the chips, but most of the consumers thought that one cricket was enough. Mark asked her how many crickets there were per bag, and Rose told him that they were 70 per bag in the small bags.

Barbara said that the chips smelled a little funky when you opened them. Lori put her hand up and said that they wanted to ask the entrepreneurs something. She looked at the ingredients and saw that the number one ingredient was corn, followed by beans, and then cricket flour. Lori wants to know what the point of using the crickets was. Rose told her that their aim behind Chirps was to become the highest protein chip on the market. They also want the chip to have other healthy ingredients which complement the cricket flour. This would introduce the idea of eating crickets to the majority of consumers.

Barbara told the two entrepreneurs that the chips were delicious. She thought that if people would taste them, they would buy them since they were really tasty and very crisp. Barbara wants to know what the cricket tasted like in the chip. Rose explained that the cricket had an Umami flavor, which added depth to the flavor and was slightly nutty. She told Barbara that she might be getting some of the beans that were in the chip as well.

Mark Cuban wants to know what got the two women interested in cricket chips. Laura told him that the two of them were roommates at Harvard. Laura had spent a semester abroad in Tanzania and ended up meeting a woman selling fried caterpillars. She tasted it and thought that it tasted like lobster. When she got back, Laura researched more about eating insects. She discovered that they were sustainable to farm and healthy to eat. She wondered why more people weren’t eating them, and she ended up sending her roommate an article about eating insects.

Bruce told the sharks that she had just gotten back from China and tried a fried scorpion. She had a similar reaction to Laura and that she thought the scorpion tasted like fried shrimp. They decided to embark on a mission to get other people to eat bugs. Laura stated that it’s more normal outside of the United States where about 80% of other countries eat insects. The bugs were often even a delicacy. Lori stated that it was very big in Africa, and Laura told her that she had been an African studies major. On her trip to Tanzania, and she’d seen people get very excited when the termites started coming out.

Mark Cuban said that it couldn’t just be about eating bugs. It needs to have a higher social cause. Rose explains that it was all about sustainability. She used the example of 1 pound beef requiring 2000 gallons to make, while 1 gallon of water can be used to make a pound of crickets. She continued, stating that crickets were by far one of the healthiest and most sustainable protein sources. Lori asked what a bag of the Chirps cost. Rose explains that the small snack size cost $1.99 and the big bags were $3.99. Mark asked how much it cost them to make a small bag of chips, and Rose said that they cost $.48 now, but they were planning on getting it down to $.40.

Mark said that their profit margin wasn’t bad. Rose said that they had just signed on with the two largest natural food distributors in the United States. She continued, stating that her chips were in 78 airport stores, as well as 20 natural food stores at the moment. Kevin asked him what the revenue look like for this year, and Rose told him that they would end the year with $200,000. Kevin asked about the next year’s projections. Rose claims that they thought that they could do 1.5 million.

The Sharks were all surprised with their large claim. Barber asked what they thought would account for the big jump. Rose told the Sharks that one of their biggest clients that were coming to them was museums, zoos, aquariums, and theme parks. She said that they were in one of the largest theme parks in the South East. She claimed that from one of those parks alone, they can turn about 100 bags per SKU a week. She said that that was a larger velocity that you would get at a natural food store.

Kevin said that the snack industry is a multibillion-dollar industry. He addressed Laura, who he called Ms. Smiley, and asked what they would do when a large retailer made them pay for their space in their snack department. Kevin said that he really was concerned. He told them that he says that on deals where the entrepreneurs were trying to break into an old, established marketplace. He felt like Chirps was going to get crushed like the cockroaches that they were. Rose and Laura said that they knew that Kevin was going to call them cockroaches, and they were very excited about that. Kevin was undeterred, asking them how they are going to get a share of that gigantic marketplace.

Rose told him that it was important to note that they weren’t just another product on shelves. She stated that there is no other cricket chip out there at the moment, and that made them stand out. She claimed that that was such great marketing that it would draw customers into stores on its own merit. Rose said that they get a lot of free press.

Chris asked the two entrepreneurs if they had raised any money. Rose told him that they funded the entire thing by winning over $200,000 in pitch competitions. She said that it hadn’t been funded in terms of equity though. Laura told the Sharks that they owned the full company. Lori asked him where they saw themselves going with the business. Laura again stated that they saw crickets as their gateway bug. Rose told them that they wanted to have cricket flour replace whey protein on the protein drink market. Mark clarified that they want to do a protein shake mix, and the two entrepreneurs said that he was exactly right.

Mark said that this was obviously an area that was interesting to him. He agreed with their mission and their values. He already owned a business that made cricket sports bars, as well as other high protein snacks. Mark was looking to fund more research into sustainable protein. He said that he wanted to save them some time, and make them an offer. He was looking to get 20% equity in Chirps in order to invest the hundred thousand dollars that they were asking for.

Mark explains that he needs the extra equity because they would be working with the companies that he’d mentioned. He liked their business but wanted to be worthwhile for him. Lori told the two entrepreneurs that she thought that Mark would be a great partner for them and that it was a great deal. She went out. Chris told Mark that he had been waiting for a “but.” Mark said that he wasn’t setting the entrepreneurs up, he was getting really excited. He wasn’t going to wait while the other entrepreneurs gave them offers, he wanted an answer now or at least a counter offer.

Rose nodded and thought for a minute. She asked him if he would be willing to do the hundred thousand dollars in exchange for 15% equity. Mark thought about for a minute as the intense music swelled up. Finally, he decided that he would do the deal. Laura and Rose looked very excited. Let’s see how Chirps do know that they have a deal with Mark Cuban. 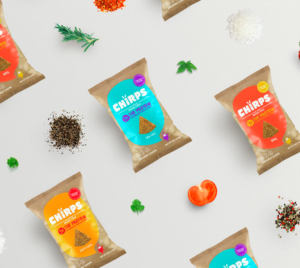 Since Chirps was featured on the Shark Tank, they’ve come up with many new products, such as cupcakes, cookies, and cricket protein powder. They’ve g5-star5 star reviews on most of their products, as well as their business Facebook page. Chirps has expanded into more mainstream stores such as select 7-11s and museum gift shops. Rose and Laura revamped the packaging as well. They’ve been featured on news channels, websites, and their products were involved in many have-to-have lists. It seems like the deal with Mark Cuban was the best thing for this buggy business.If you wanted to try the insect based snacks for yourself, check out their website by clicking here.