Jackson enjoyed going to live music shows but it turned out to be a painful experience. He ended up rupturing his eardrum at one, particularly loud show. After finding that normal earplugs dampen the sound quality, Jackson was determined to find something better. That’s how he came up with Vibes. 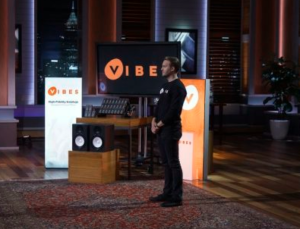 Jackson Mann went into the Shark Tank. He explained to the Sharks that he was from Minneapolis, Minnesota. He requested $100,000 in exchange for 20% equity in his company, Vibes. He explained that he wanted to change the way that people listen to live music. Jackson loved going to concerts, but he ended up rupturing his eardrum at a concert due to loud music.

Jackson wanted to keep going to concerts, but also avoid another problem with his eardrum. He purchased a pair of foam earplugs. He said that he instantly realized that they weren’t designed for music. He said that they were mostly designed for being around construction sites or snoring spouses, but not music. That’s what inspired Jackson to design Vibes. He claimed that they lowered the decibel levels of your environment while also keeping the sound quality. That would enable customers to hear the music as it was coming from the speakers, just a lower decibel level.

Jackson listed a few lofty goals that included making earplugs cool, saving the world’s hearing, and making concert going a better experience. He also aspired to make a lot of money. Jackson ended his presentation asking who wanted to join him on his journey with Vibes.

Lori asked if they could get samples, and Jackson said that he would love to hand them out to the Sharks. He passed around his high fidelity earplugs, and each of the Sharks started to examine them as he continued his presentation. Jackson said that Vibes are reusable, washable and virtually invisible. Each pair came with a hard pocket-sized carrying case for storage, as well as three different size tips. The Sharks put them in as he was speaking.

Lori told him that the vibes were extremely comfortable, while Kevin wants to know what the difference was between the products Jackson had handed out and a regular rubber earplug. Jackson explained that a foam earplug was blocking the sound, whereas the one he invented was filtering the sound to lower the dB equally from bass to treble.

Jackson asked the sharks if he would be able to do a little demonstration. Mark Cuban told him to turn it up to 11. Jackson said that he wasn’t sure if the little speakers on the stage would be able to accomplish what he wanted. He instructed the sharks to put both earplugs in, before bringing out the McNasty Brass Band. The band walked out on stage as they played loud brass music. After they’d gotten on stage, Mark even attempted taking out the earplugs only to wince and put them right back in.

Jackson ended the presentation by asking which Shark wanted to invest.

Barbara told him that there was quite a difference. Lori said that she could notice it as well. Kevin asked if it was a 50% reduction in noise. Jackson said that it was actually reducing 22 dB across frequencies. Mark wants to know which decibel level of the band played at, and Jackson told him 95 to 105 dB. Mark addressed Kevin, telling him that in an arena, 95 dB is pretty loud. Jackson explains that anything above the 85 dB is harmful to your hearing.

Jackson said that at 100 to 115 decibels, your damaging your ears in about 15 minutes. Kevin wants to know how loud the average dance club is, and Jackson explained that was around 100 dB. He said the concert is pretty much the same. Kevin said that you’d be damaging your ears for sure in that environment.

Chris Sacca, the guest Shark, this episode, said that he was amazed that the band members were not wearing Vibes. All of the men on the stage reached into their ears and pulled out an earplug. Chris seemed impressed and commented that that spoke to how invisible the earplugs were. Jackson addresses the band and said that he appreciated their time but he had it from there. Barbara laughed, and the band played themselves off the stage. They walked around the row of Sharks before exiting.

After the band left, Kevin wants to get into the numbers. Jackson told him that each pair cost him four dollars to make, and he sold them for $23.99. Barbara said that it seems like a lot, and the other Sharks agreed with her. While they were speaking, Chris Sacca had been taking his apart. He said after he pulled apart the earpiece, they had a conical interface. He wants to know what that was. Jackson told him that that was the acoustic filter that helps balance sound frequencies. Chris wants to know if that was something that Jackson had invented, but Jackson let them know that was something that is often used in hearing aids.

Jackson said that the fundamental difference was that the other ones were meant to be seen, and he didn’t think that the market was ready for that. He said that there is too much stigma to wearing earplugs. Kevin said that that was an interesting point, and it might change his mind. Jackson said that his competitors saw the earplugs as a fashion statement, and he didn’t think that it was selling too well. Kevin asked what was stopping his competitor from doing the exact same thing. Jackson let them know that Vibes was patent pending in the United States. Chris wants to know for what, and Jackson said utility and design. Chris wants to know exactly for what, and Jackson told him that it had to do with the actual dimensions that were in the product, how the components were placed in the plug, and how sound moves through the product.

Barbara asked Jackson where he was currently selling Vibes. Jackson said that they were selling online through their website, some through wholesale and retail, and on-site at certain events. They had made $30,000 in the last five months. Lori asked of the sales were low because there are so many competitors, or if they hadn’t gone out there enough. Jackson said he didn’t think Vibes have gotten out there enough. They just went to a national distributor, which had started selling in about 20 music stores.

Chris told Jackson that there is a big challenge in the market. He said that earplugs are never there when you need them. The point-of-purchase was so far away from the point at which you need to use them. He said that everyone has had the experience of being a concert that was too loud, where they would need to find a tissue or something to stuff in their ears. Chris wants to know what Jackson’s plan was to get Vibes closer to the people who need them at the time that they need them.

Jackson said that he also noticed that that was an issue, and he saw the fix in the music entities themselves coming on board. Kevin tried to say that they didn’t care, but Mark interrupted him. Mark owned an arena where they booked music, and he also had his sports team play. He saw a purpose for Vibes, but he said that they would need to be giveaways. Unfortunately, since they cost four dollars to make, Jackson would be unable to price them that way. He didn’t think that he would be able to make it a big enough market to make it worth it. Mark Cuban went out.

Chris Sacca was up next. He said that he didn’t want to waste his time or Jackson’s time. The product was interesting enough, but Chris needs them to be more accessible. Chris went out as well. Barbara said that her biggest fear was that Jackson himself was not a salesperson. She wants to know who was going to sell the product if Jackson couldn’t get them into any store he went into. She decided to go out for that reason.

Kevin said that he was the only one of the Sharks to actually have earplugs in his pocket. He said that he liked Jackson’s product for the fact that they were invisible to other people. Kevin just didn’t see that much that was proprietary to Vibes. He said that he was only going to make one offer, and he wasn’t willing to negotiate. Kevin offered the $100,000 in exchange for a 35% equity stake as well as two dollars for every pair sold until he got his money back. Kevin pointed out that he could’ve asked for royalties in perpetuity, but he didn’t. He wanted to join Jackson as a partner in the business, and he would use the product every day. He reiterated that it was his only offer and he wasn’t interested in negotiating.

Jackson took a moment to decide and then told Kevin that he wasn’t interested in a royalty deal at this time. Lori asked him if he was going to negotiate, but Kevin reminded her that he didn’t present that as an option. Chris Sacca said that if Jackson was able to come up with a version that was capable of filtering out Kevin at any given point, the rest of them would buy it from him. The Sharks all wished him luck, and Jackson walked off stage. Let’s see how he would do without a deal from a Shark. 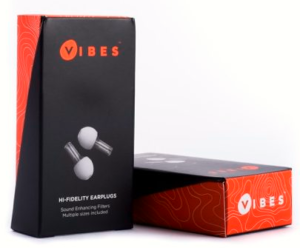 After their episode aired on Shark Tank, Vibes quickly sold out of all their inventory and went on backorder. They were unable to deal with the demand created by the Shark Tank Effect. It took them a while to get the earplugs back in stock. Along the way, Jackson discovered that there was a market that he didn’t even think about for his earplugs – parents of autistic children. Since people with autism have difficulty processing sensory input, the earplugs would decrease the dB while still allowing them to distinguish words. They were also a lot less obvious than the traditional noise-canceling headphones.

It seems like Vibes is doing just fine even without an investment from the Sharks. They were featured in Rolling Stone as a must-have for concerts, and the new niche for people with sensory processing disorders opened up a whole new market. Vibes partnered with a charity called Hear the World, which allowed them to help fund “life-changing hearing projects .” They were even named as Buzz feed’s number one product from Shark Tank. It seems like Vibes will continue to succeed.