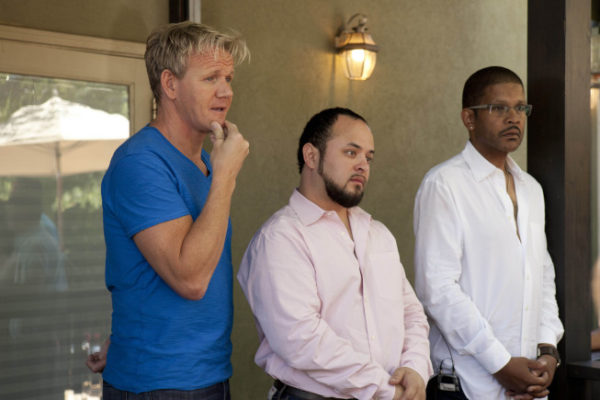 Based in an Atlanta, Georgia suburb, Parks Edge is owned by a pair of partners Richard and Jorge, who are both first timers in the rest taunt business. As a result, there is a great deal of complexity in the kitchen, as they introduce far too many cuisine types on the burner. The staff has long been frustrated by having to do many things poorly as opposed to a few things very well. In the three years, that it has been open, it has been closed twice due to Health Department issues, which is not a good sign. Jorge, despite finishing culinary school, seems to not be in control of his own kitchen, and experiments with customers way too much. Unfortunately, Richard isn’t terribly helpful either besides being a face for the front. Past issues also included serving liquor without a license, and Richard coming out on live television calling the neighborhood they work in racist. With all these issues, Chef Ramsay has a lot stacked against him to make Park’s Edge be a trendy spot again. Let’s see what happens.

Walking in, Chef Ramsay is well aware of the previous controversies and is met by Richard, and then by Jorge who drops from the kitchen for a few minutes to talk. Both recognize the issue of the community alienation and own up to it, which is good, but both claim the food is excellent, which is yet to be determined. The menu is very confusing and even the core cuisine is a bit of a confusing. One of the first items ordered is a grilled Caesar salad, where the lettuce is apparently put on the burner while it’s chopped. Before ordering can take place though, another waiter (who turns out to be the bartender) drops by to steal his silverware without even recognizing him, and states a lot needs to be sorted. The flash fried oysters and grilled salmon are also ordered.

Jorge serves up the salad, which is enough for Chef Ramsay to make an announcement and show off the salad, which gets plenty of customer laughs. The lettuce was not properly cleaned, the chicken was dry, and it was very spicy. Jorge gets defensive, claiming it’s a salad of Mexican origin and serves out the oyster. The Oyster is over-fried, and Ramsay gets Richard to sit down and try it, which he can’t identify on taste alone. Next on the docket is the Salmon. The salmon looks quite ugly, with sticky rice and a green curry sauce beneath it, which he then exclaims is the UN of messed up food. There is clearly a lot of improvements that need to be made.

In a meeting with owners, Ramsay states that the neighborhood isn’t the biggest problem, it’s the food. It’s revealed that despite culinary schooling, Jorge has been properly trained to do absolutely nothing as he jumped straight from school to his own business without learning the ropes elsewhere. When confronted with this, Jorge gets very defensive and claims Chef Ramsay’s opinion is worthless, which is a sign of arrogance.

After this explosive meeting, Ramsay digs deeper into the neighborhood controversy. Richard sort of has been sitting on his hands about trying to recover his reputation among the community as he is unsure of how to move forward. The issue is put off for dinner service, as there are 78 tables within 90 minutes. Chef Ramsay catches Richard taking a smoke just outside of Park’s Edge, and quickly dashes the cigarette as it’s a bad thing to do in front of customers. Behind the kitchen line, Ramsay sees the other cooks have around 25 years of combined experience. This experience lends nothing to the kitchen’s organizational structure, and it’s clear even the Grill Chef agrees with Ramsay in that a green-horn straight from culinary school should not be running an entire operation. Customers begin to return food, and Jorge’s ego prevents him from fixing anything, even when raw food is plated. There’s a consensus in the main room that the food is often taking too long and there’s no real appeal to showing up to Park’s Edge a second time. The serving staff is frustrated as they are left out to dry by Richard who should be leading the front.

The dining room appears to empty out well before the kitchen is done with any number of dishes, meaning it’s already going to be a bad night meeting. Ramsay takes this downtime to inspect the coolers and walk-ins and finds a good deal of rotting food. Jorge tries to turn the tables on Ramsay as he is a liar and cannot own up to the responsibility of being an executive chef. After this, there is a staff meeting, where the staff is asked what really is going on in the restaurant. Firstly, Richard is seen as flighty and irresponsible with the guests, and Richard often gets drunk when dealing with stress, even while on dinner service. Next, Jorge is separated from Richard so they live in two separate worlds. Jorge’s ego is also far too inflated, as we’ve seen, and talks down to his workers to the point of verbal abuse. The owners are then brought out after seeing all of this via closed TV, and the staff is outright terrified. Richard for his part is brought to tears nearly and is extremely apologetic for his errors. As for Jorge, he was able to reflect a bit as well and apologized for being unfair as well. He promises to make changes so he can be better to his staff. 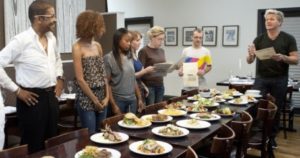 After this meeting, Richard agrees to drop by the news station where he made some errors and admits he did not think about what he said, openly apologizes, and is hopeful that this move is enough to get the community onboard. After this change of pace, Ramsay presents a change of appearance with a cleaner image and a more modern look and a reworked menu. This one is easier to get done properly and is American at heart with little reaches into the contemporary. When sampling Ramsay’s food, Jorge sees he still has a lot to learn and the relaunch looks a bit brighter. He also brings in chefs to handle teaching the kitchen staff the new techniques. During this, one of the Sous Chefs refuses flat out to fry chicken and harasses the trainer as he implies she should put on Hooter’s shorts and serve them. Ramsay rips him apart, and he bends for now. During the relaunch though, his attitude is enough to ruin his job. Luckily, it does not ruin the night. Is this a sign of things to come for Park’s Edge in 2017? Let’s find out. 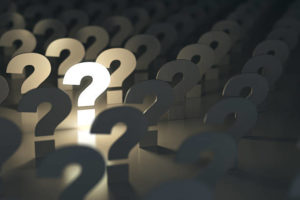 Approximately 3 years after the Kitchen Nightmares episode, Park’s Edge closed their main location in 201 and aimed to find a new location in which to reopen. It appears as of 2017, this has yet to be accomplished as there is no updated address on their website, and the phone appears to be disconnected. On Yelp, the closed location had an impressive 229 reviews and had an average 3 out of a 5-star review, which while not great, is certainly not the worst we’ve seen after the series. For now, Park’s Edge is in limbo, and only the future will tell if there is a successful homecoming for this Atlanta eatery.