What Happened To Kreayshawn? 2019 Update 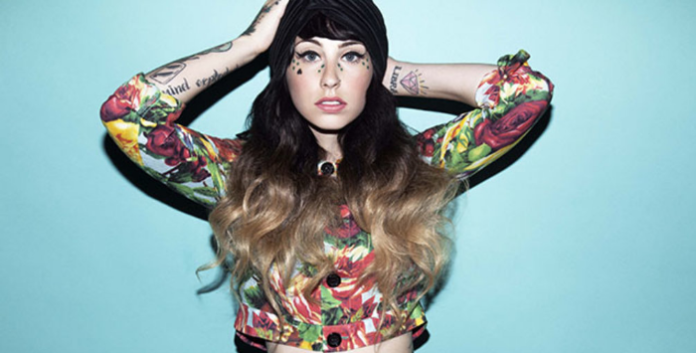 Natassia Gail Zolot, more commonly known as Kreayshawn, is a popular American rapper and music video director. She went viral in 2011 after releasing a music video for the song Gucci Gucci, that also served as her debut single. But what happened to her after that, and what is Kreayshawn doing now in 2019?

Natassia was born in 1990 in San Francisco. Ever since she was a child, she started recording short movies and raps, which would go on to shape her adult life. When she was 13, Natassia started MetWest High School, which isn’t your everyday school. Instead of taking classes like math or English, students would go to a local radio station to get an internship. Kreay switched to Oakland High School shortly after but was expelled after not coming to classes whatsoever. She then started Alameda High School, where she was once again expelled after several months. Finally, she would complete her sophomore year at Island High.

When she was 16, Natassia Zolot moved to Berkeley and started living with her aunt. A year later she got a scholarship and attended the Berkeley Digital Film Institute. Afterwards, she moved to LA in order to work as a music video director.

The start of her career 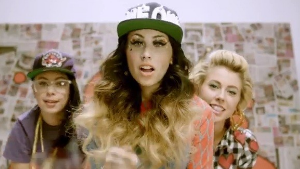 Her first business endeavor was with the White Girl Mob, a hip-hop group consisted of V-Nasty, Lil Debbie, and Kreayshawn. Kittys x Choppas, Kreay’s first mixtape was released in 2010, shortly followed by Gucci Gucci, which made her go viral.  At the time of writing, the music video for Gucci Gucci has over 60 million views, and it is by far her most popular work.

This made it possible for her to sign with Columbia Records. Her first album was released in 2012, the same year in which White Girl Mob split. The album was called Somethin’ ‘Bout Kreay and included songs such as Gucci Gucci, Go Hard (La.La.La.La) and Summertime.

Kreayshawn started the OK 1984 fashion brand and released a choker collection called Hella Cute. Kreay is the sole creative director of OK 1984 since ever since the brand was created. In 2014 she announced that she is starting a podcast with Chippy Nonstop. The podcast is called Lost in Thot, but it was since removed from SoundCloud. During this time, Kreay also kept producing and collaborating, releasing songs such as Hey Ricky and Pizza Song. 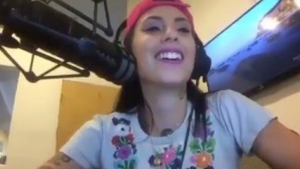 Nowadays you can catch Kreayshawn hosting her “Kreaydio” show on Dash Radio. You can tune in every Thursday at 8 PM if you want to catch up with her. In an interview with VICE,  Kreayshawn stated that she isn’t sure if she wants to keep making music or not.

Regarding her personal life, lots of things have happened to her. Kreay had a baby boy, Desmond, who is already 5 years old by now. In the above-mentioned interview, she also talked about her troubles with the IRS, after an accountant failed to pay her taxes. According to her, she owes hundreds of thousands of dollars due to the incident but keeps her head up high.

If you want to see what she’s up to from day to day, you can find her on Instagram and Twitter (under the handle @kreayshawn). Or just tune in her weekly show Kreaydio!