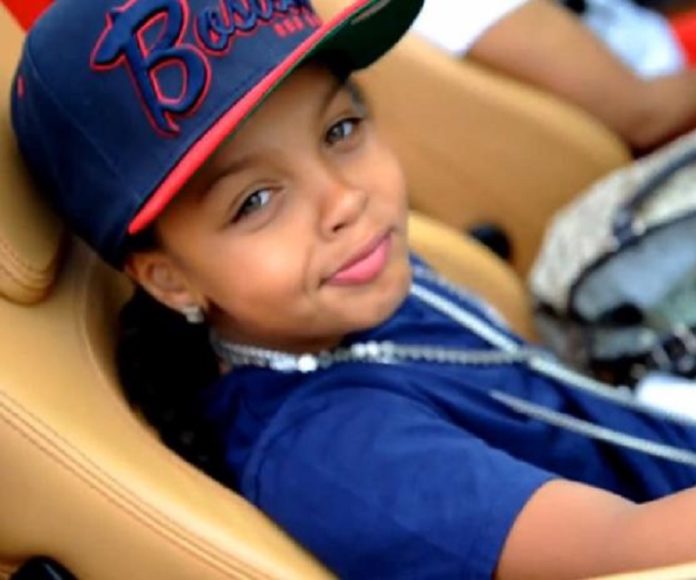 One thing that never ceases to fascinate people is a young talent – people are almost magnetically attracted to those who can make big achievements at a young age. At just 14 years old, Massachusetts-born rapper Lil Poopy has appeared alongside big-league rappers like Snoop Dogg, French Montana, and Young Lyric. After he posted his first rap video in 2009, the hip-hop community has embraced the young rapper into their ranks. However, Lil Poopy’s young rap debut has not come without controversy – his songs contain many adult themes which have concerned many people.

Now 14, Lil Poop has been rapping since he was a toddler. He released his first song at just 9 years of age. This caught the eye of several mainstream rappers. Since his debut, Lil Poopy has been aided by several mainstream rappers. He has also been featured on several TV programs. At age 13, he signed a 4-year contract with Sony/Epic Records – one of the “Big Three” record labels. That being said, he’s making more money than most adults!

How Did Lil Poopy Get Rich?

Lil Poop was born on February 15th, 2003 to parents Jatoy and Luis Riviera. Like his father, Lil Poopy’s real name is Luis. He was born in Brockton, Massachusetts and attended elementary and middle school in the city. Poopy showed an interest in music from a young age, which his parents encouraged. He began recording covers and remixes from a young age and released his first original song at age 9.

In 2013, Lil Poopy released the single “Ima Cokeboy”. The song instantly became a hit among internet hip-hop fans. However, the lyrical and video content were quite concerning for a 9-year-old child – both contained themes of sex and drugs. The controversy eventually led to the police department of Brockton, Massachusetts investigating Lil Poopy’s father Luis Riviera for child abuse. It was later proven that Lil Poopy had pursued music by choice, and allegations of abuse by Riviera were quickly cleared.

The controversy surrounding “Ima Cokeboy” made it difficult for Lil Poopy’s career to take off. Even his fanbase agreed that it would be more appropriate for him to grow into his music before continuing. He released the song “Pop That” in late 2013, after which he vanished from the public eye for several years. He focused on school and honing his music skills during this time.

In 2016, Lil Poopy made a sudden return to music. He first appeared on the Lifetime reality TV show The Rap Game. The Rap Game cast and Lil Poopy released two singles “I Set Trends” and “Cool With Me” featuring rapper 2-Crucial. If a TV appearance wasn’t big enough, he was then signed to Sony/Epic records for a four-year deal – nothing short of impressive for a 13-year-old. Lil Poopy has stated that even though people do not take him seriously because of his age, he’s out to prove them wrong.

In March 2017, then 14-year-old Lil Poopy released the single “Numbers”. Puberty certainly hasn’t done a number on his voice – it seems to be doing quite the opposite! Lil Poopy joined forces with fellow teenage rapper young Lyric in December 2017 for the song “Ice”.

After being signed to Sony, it’s likely that Lil Poopy has an album in the works. The label is likely waiting for the right time to release it, and also for Lil Poopy to be right age to do so. Poopy’s voice may also need time to mature as well. However, it seems like the young rapper is passionate about his craft and fully intends to make it in the rap game.