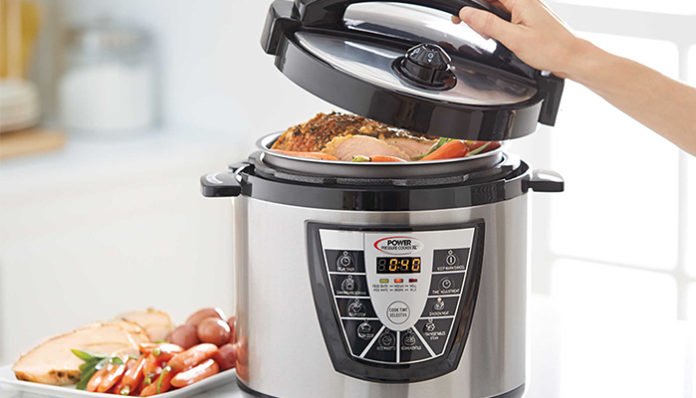 In the recent years, the Instant Pot has become a necessity for many kitchens. An electronic multi-cooker, its versatility has led it to become a top seller among small appliances. Not only is it capable of pressure cooking, but it boasts a variety of other functions such as the ability to steam foods, make yogurt, sauté, and more. With it, preparing quick, yet delicious meals has never been easier.

Why bother with the hassle of cooking on the stovetop when you can simply place your ingredients into a pot, and cook it to perfection with the press of a button? With the Instant Pot, gone are the days of standing in front of the stove, after a long day of work.

What does the Instant Pot do?

While we’ve briefly gone over what an Instant Pot is above, let’s take this opportunity to take a closer look at the appliance.

A 7-in-1 (depending on the model), the Instant Pot was designed to consolidate the preparation and cooking of food to one device. Though the idea of such a multi-purpose cooker has been around since the mid 2000’s, it wasn’t until the recent years that its popularity exploded.

Why is it so popular? The answer lies within its design- not only does it boast multiple functionalities such as those that you’d find in an electric pressure cooker, steamer, rice cooker, sow cooker, saute pan, and yogurt maker, but it also cooks meals much faster than traditional methods. For those who’d rather not have to worry about the hassle of preparing dinner after work, it also features the option for a delayed programmable start time- that way, you can enjoy a freshly cooked meal upon returning home.

The Functionalities of an Instant Pot

Depending on the exact model, the functionalities of the Instant Pot may vary, though not by much. Generally speaking, the Instant Pot is capable of slow cooking, pressure cooking (settings depend on the model), steaming, sautéing, warming food, cooking rice and making yogurt. As you can see, it easily lives up to its name of being a 7-in-1.

Instant Pot Vs Other Electronic Cookers

Over the past couple of years, more and more individuals have grown accustomed to the electronic cooker. Considering that, it’s not surprising to know that more and more models have been pumped out by various brands. Having said that, the Instant Pot’s popularity has remained solid.

Still, how does it compare with the other cookers that are available on the market? What are the pros and cons of each? While there are several brands of electronic cookers that we can talk about, today, we’ll be taking a look at the Power Pressure Cooker.

What is the Power Pressure Cooker XL?

Similar to the Instant Pot, the Power Pressure Cooker XL features the ability to whip out delicious meals, with the touch of a button. Not only that, but it cooks up to 70% faster than traditional methods.

First, let’s take a look at the similarities between the two cookers:

Next, let’s take a look at how the two cookers differ.

Like most things however, the Instant Pot has its ups and downs. Below, we’ll be taking a look at some of the multi-cooker’s pros and cons

Pros of the Instant Pot

– Easy to use with the press of a button
– Multiple sizes available
– Comes with a longer, one year warranty
– A variety of accessories are available for purchase
– Many parts are dishwasher safe
– Comes with 24 Preset Programs for utmost convenience
– Easy-to-read digital display
– Most models (except the Lux) are capable of making yogurt

Cons of the Instant Pot

– You may come upon error messages from time to time
– The silicone sealing ring may trap doors
– Items such as the glass lid, and steaming containers must be purchased separately
– Due to its array of functions, it may take a while to get used to

Which Cooker Should I Buy?

When deciding between the two units, it ultimately boils down to the question- which cooker, either the Instant Pot or the Power Pressure Cooker XL is better fitted for your needs? Are you looking for something with canning/preserving or yogurt making capabilities? Do you want the ease of mind knowing that the Instant Pot comes with a one year warranty? All of these questions should be taken into consideration before a decision is made.

All in all however, the two cookers are relatively similar- that is, with its own unique differences (as we’ve mentioned above). In the end however, no matter which you choose to buy, one thing’s for sure- you’ll be able to make delicious meals with the press of a button!