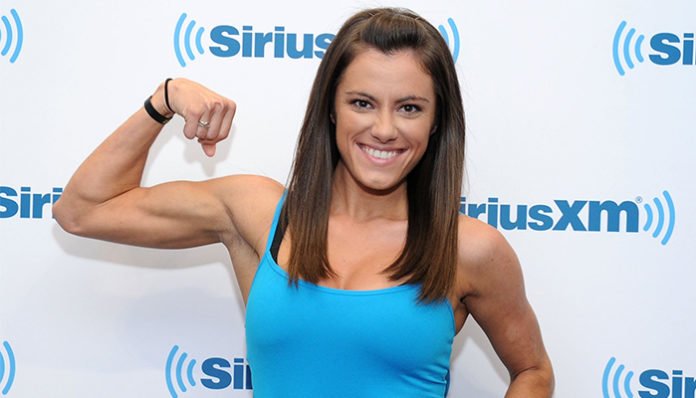 An American athlete, Kacy Catanzaro was previously named the “Southeast Regional Gymnast of the Year” in 2012. Recently, however, she has been making herself known as a professional wrestler with the WWE, with whom she signed with last summer.

In addition to that, she’s also known for her involvement in American Ninja Warrior, a popular television show that is based on a popular Japanese sports entertainment program. In fact, she was the first female competitor to have ever qualified for the finals in the history of the competition. After participating for many seasons she announced her retirement from the show in 2017.

With all that said, how well off is she nowadays? From our research, Kacy Catanzaro’s current net worth hovers around the $500,000 mark.Was she paid a hefty amount for her appearances in American Ninja Warrior? How much did she earn from her recent contract with the WWE? These are some of the questions that we’ll be exploring down below.

How did Kacy Catanzaro Make Her Money & Wealth?

Born on January 14, 1990, in Glen Ridge, New Jersey, Kacy Catanzaro grew up in the nearby town of Belleville. As a young girl, she took up gymnastics at the age of five. Continuing with the sport into her early twenties, she would eventually compete for Towson in the early 2010’s. The top-ranked competitor in 2012, she was later named Gymnast of the Year by the Eastern College Athletic Conference.

An audience-favorite, she eventually returned for season seven, season eight, and season nine of American Ninja Warrior. At one point in 2016, she was even invited to compete in the original Japanese show, Sasuke in Japan. Unfortunately, it’s unknown how much she was paid for taking part in the sports program. After competing in American Ninja Warrior one last time in 2017, she announced that she would be retiring from the show.

Speaking of TV appearances, she has also appeared in several other shows over the years such as The Ellen Degeneres Show, Home & Family, Rise of the Sufferfests, and Today. According to her IMDb page, she even worked as a stunt performer in the 2015 thriller film, Maze Runner: The Scorch Trials.

As far as we can tell, Kacy Catanzaro is currently single and not in a relationship. In the past, she had dated Brent Steffensen, a stunt performer who had also appeared in American Ninja Warrior.

Does Kacy Catanzaro Have Any Children?

No, Kacy Catanzaro does not have any children as far as we know

Did Kacy Catanzaro Go to College?

Yes, she did. Sometime after finishing high school, she studied at the Towson University College of Education; she graduated with her bachelor’s degree in 2012.

What is Kacy Catanzaro Famous For?

Kacy Catanzaro is perhaps best known for her appearances on the sports reality competition series, American Ninja Warrior. In 2016, she became the first woman in the history of the show to make it to the finals. To date, she is also the only woman to have successfully finished a City Finals course.

Aside from that, she recently also launched a professional wrestling career with the WWE.

Kacy Catanzaro currently lives in New Jersey. Photos of her house are not available

What Kind of Vehicle Does Kacy Catanzaro Drive?

How Much Money Did Kacy Catanzaro Make Last Year?

Information on Kacy Catanzaro’s annual earnings for 2017 is not available.

Want to support the TV personality online? If so, how about following her on social media? You can find Kacy Catanzaro on a few platforms such as Twitter (@KacyCatanzaro) and Instagram (@KacyCatanzaro). On Facebook, you can also visit her official fan page by clicking here.