What Happened to Johnny Knoxville? – 2018 Update 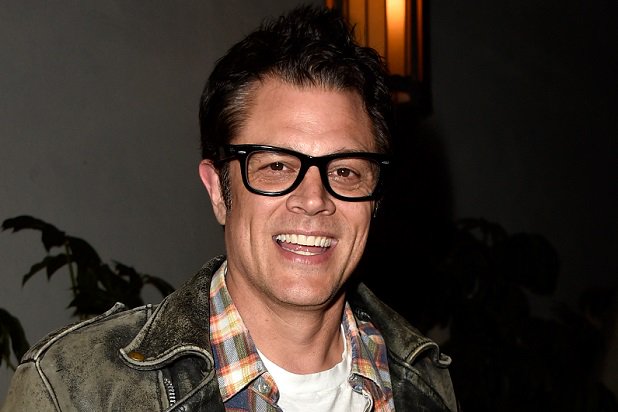 Remember when johnny Knoxville was everywhere? A successful TV show, several big movies, appearances all over the place. But these last few years he has faded a little. He’s still making movies, but I think it is safe to say that his star is not quite at the height it was back in the mid-2000s, though that might be about to change. Best known for the stunt show Jackass, and the numerous films that followed, Knoxville was a bit of a patron saint to the folks who loved them some gross out comedy and horrifying stunts.

So let’s see what the funny man is up to these days. 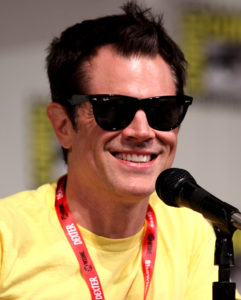 Knoxville has not been idle these last few years, with a number of low and high profile appearances to his name. His most recent picture, Action Point, looks set to continue the success of Bad Grandpa. Knoxville has been injecting his standard formulae, ludicrous stunts, and high octane nightmares, with loose narratives for a while now, and I think it’s really paying off. I miss the older jackassery, but considering how much money Bad Grandpa made, he must be doing something right.

Knoxville might not be the leading man in all of the productions he has been involved with over the last few years, but to say that he has disappeared is a bit of an exaggeration. A variety of small roles, not to mention his writing and production work with Hello Junor has kept him busy. He is also now a father of three, with his youngest being born back in 2011.

A brief look at his IMDB page reveals a whole host of forthcoming projects, and if Action Point does as well as I expect, we should be seeing a lot more of Johnny Knoxville.

Philip John Clapp Jr. well-known as Johnny Knoxville was born on March 11, 1971, in Knoxville Tennessee. He credits a copy of Kerouac’s On the Road for giving him the acting bug, and upon graduation, he moved to LA to pursue his dreams. He landed work as an extra, but never got that big break he was after. He turned writing instead, and began pitching to magazines. his first bright idea was to write an article about testing out a variety of self-defense equipment on himself and a friend. No one was biting, until Jeff Tremaine, then working at Big Brother, a humorous skateboarding magazine, offer him a position as a staff writer. He asked that the attempts be filmed, and the core concept of Jackass was born.

Jeff worked with Knoxville, along with a few others who would go on to be main stars of the show, Like Chris Pontius and Jason Shannon Acuña, better known as Wee Man, to create a pilot and pitch for a variety of networks. At the same time, across the country, Bam Margera and his crew were putting together similar videos. Knoxville, Tremaine and Spike Jonze got them on board and soon had offers for the likes of SNL, Comedy Central, and MTV. CC and MTV had a bit of a bidding war over the show, with MTV winning out in the end. The show went on to be a huge international success, propelling the fearless stars into the limelight, and inspiring a few broken bones from myself at the same time.

The show ran for two years, finishing with a film, and Knoxville was able to leverage that into a serious Hollywood career. He appeared in a variety of high profile films, including Walking tall alongside The Rock, Men in Black II, and the Dukes of Hazzard. Not all of them were amazing, but he was very bankable for a time. In the mid-2000s, we had the long-awaited follow up to Jackass in Jackass NUmber 2, which marked a brief break of Knoxville. He separated from his wife not long after production wrapped in 2006, and his career was put on hold while he sorted things out. He returned to the fold in 2010, with Jackass 3D, rounding out the trilogy.

Knoxville is still very much involved with stunt based performings, and his work as a producer is a testament to that. He increased the audience for a few international death defers, such as the Dudesons, producing their show, The Dudesons in America, in late 2010. Knoxville wrote and starred in the hit film Bad Grandpa in 2013, and while it was critically a bit of a mixed bag, it drew in well over $100 million at the box office, cementing his relationship with Paramount Pictures. Other films he appeared in that year include Movie 43 and The Last Stand, with Arnold Scwartneggar.

Knoxville founded the production company Hello Junior in March 2014, in order to better organize his teams, and their first film is due out. Action Point is set to hit theatres in 3 months, on June 1st, and it looks great. Continuing on from the format of Bad Grandpa, another series of stunts tied together with a plot. This time though the plot looks a little tighter, drawing a little from Knoxville’s own experiences and I expect to see a better film this time. He plays the owner of a dangerous and off the rails amusement park trying to reconnect with his daughter and deal with a new far shinier amusement park being built close by. Longtime friend and collaborator, Chris Pontius, is set to star alongside the actor.