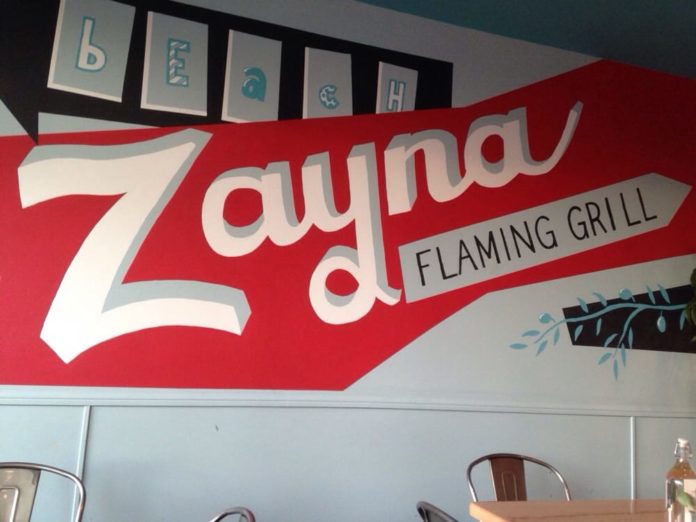 Redondo Beach, California, is a beach only blocks from the ocean. Zayna Flaming Grill is home in Redondo Beach, and it was opened in 2008 by the aunt-and-niece team of Fay and Brenda. Fay is Egyptian, and she came to the United States at 18. Her first experience was a catering truck for 16 years, and it was really successful. But, she had always wanted to own her own restaurant. Brenda’s dream has always been to have her own business and when the door opened about opening a restaurant with Fay, she decided to give Fay a call. She had kitchen experience, and Brenda had management experience.

The reason why the place is going downhill, however, is because of the drama between Fay and Brenda. Families don’t want to go to Zayna Flaming Grill because the family itself argues and creates stress, so why bother? The kitchen all unanimously agree that Fay is the scary boss since she’s the one who pushes and screams at people. She’ll tell the staff to shut up and get out of the kitchen, as well as to stop arguing with her. She always seems to be right. Fay needs help, but she doesn’t want to accept it from anybody. Fay does not trust Brenda to run the place, either. In fact, she sees her as her niece and not her partner.

Fay, however, feels that Brenda does not seem to care anymore. She’ll be on the phone, talking to friends, or just being lazy in a booth. Mark, Fay’s son, agrees that the two do not have a healthy relationship. All of their problems come from the restaurant. The restaurant has put a strain on the entire family, and nobody understands how much stress anyone is under. Brenda has borrowed more than $60,000 from her parents, and if she does not turn the restaurant around, then her family will be short that much money. The restaurant is Fay’s life, but it has become a burden, and she feels like it is slipping away. Without Zayna Flaming Grill, Fay and Brenda will never have anything left. It should never be like this. 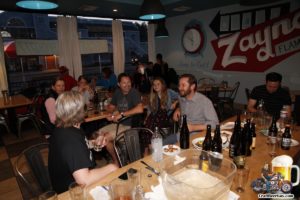 Both Fay and Brenda have requested separate meetings prior to arriving at the restaurant, and he realizes this is a perfect opportunity to hear both sides of the story. He meets with Fay first. Fay explains that she has some issues with her business partner and niece, Brenda. Meanwhile, Brenda explains that Fay had the idea and approached her mom for money to buy a spot that was promising. Business took off from there, and it seemed like it was the right thing to do. They are 50-50 partners, meaning they are completely equal.

Fay is responsible for shopping, cooking, and cleaning in the restaurant. So, what does Brenda do? There are different days where Brenda is serving and other days where she’s on the line with Fay, and things can get overbearing. Fay is definitely a control freak and she doesn’t have confidence in Brenda stepping into the kitchen. Brenda frequently feels like an employee and now an equal. Fay, however, feels that she always has to prep for the next day’s meals, even on Wednesday when she has the day off. It’s because she’s out late with friends and very tired, Fay explains.

She would give Brenda a six for her cooking skill, and a ten for herself. Gordon dryly remarks, “oh wow,” but otherwise looks unmoved. Both of the women agree that if they were not related by blood, they would fire the other. The numbers are horrible, and they cannot last a year at this rate. They have put more than $60,000 each into the restaurant. Obviously, both women are scared of having the restaurant go under. Both of them are also relying on Gordon Ramsay to change both women, and he meets them at the restaurant to sample the food.

Gordon arrives at the restaurant and settles into a booth to sample the menu. Gordon’s server has worked for four and a half years, and Fay definitely works more days than Brenda. They’re supposed to be 50-50 partners, but Amel, Gordon’s waiter, would say it’s more like a 75-25 split. The scary boss would be Fay, as she’s ‘hell on wheels’. If it gets busy, you’ll hear her yelling from the dining room. The customers see and hear everything, and Fay has an extremely short temper. Mark is also a problem, as if he sees something dirty, he’ll leave it for someone else to clean.

Gordon starts by ordering four different dips which include hummus and babaganoush. He also orders the fava beans, the kibbi roll, and the Zayna combo plate. Gordon’s first impression is that the place is soulless, especially the tacky high couches. The kitchen receives the order, and Fay stands by her food. Her food is fresh and made to order, and there’s no way that he could dislike her food. The four dip platter arrives at Gordon’s table, and each of the dips is flooded with olive oil. He only manages one bite from each of the dips before sending it back. Between bites, he stuffs bread into his mouth to reset his palette. The hummus is so thin and runny, and there are times where it will be either overly thin or overly thick. Amel feels like she’s always apologizing for the chef’s food.

While waiting, Gordon notices that the bussing station is underneath a table. That’s an absolute health violation. How difficult is it to take the dishes straight to the kitchen to be washed? The next item to arrive at Gordon’s table are the fava beans. The entire thing looks like someone’s puked on his plate. It doesn’t look appetizing at all to Gordon, although Mark disagrees. Gordon takes a bite before stopping to remark that it looks like the inside of a diaper. He sends it back after one mouthful, which was one mouthful too much. It tasted the way it looked – dreadful.

The last item to come out is the kibbi roll, and Mark is hesitant to serve Gordon because of his rudeness. They are frozen and taste frozen, and this contradicts the menu outside that reads “Fresh food seven days a week.” Gordon is beside himself and only manages one bite from the rolls before sending it back.

Zayna Flaming Grill is doing outstanding business! They may be one of the best rated Kitchen Nightmares stories by far – on Yelp, they currently have an impressive 4.5-star review of more than 600 reviews. This is an unprecedented first. Zayna is open from 11:00 AM until 9:00 PM every day (except for Sunday, where they open at 12:30.) The food is incredible and healthy, which is a far cry from the frozen food that appeared on Kitchen Nightmares. The most famous item is the chicken shawarma plate, as well as the shawarma combo. The price range is rated between $4 and $30. Brenda and Fay are still around, although they have brought in a new manager, Ray.