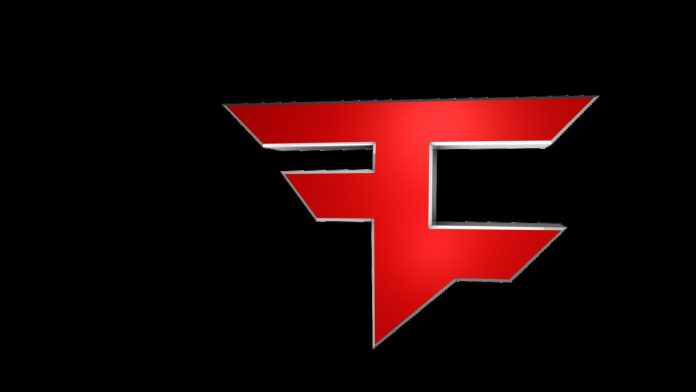 The Faze Clan (stylized as FaZe Clan) is a collective eSports organization based out of North America. The games that Faze competes in includes Counter Strike: Global Offensive, Call of Duty, Overwatch, and PlayerUnknown’s Battlegrounds. With more than thirty signed members, the Faze clan is one of the biggest and most successful organizations in eSports today.

The Faze Clan has an approximate net worth of $8 million. Of this $8 million, $3.1 million is accounted for from winning and participating in eSports events, and another $5 million is estimated to be available to the organization through sponsorships and deals. The Faze Clan’s biggest moneymaker is their Counter Strike: Global Offensive team, which has pulled in $2 million (roughly 65%) of their total eSport winnings. 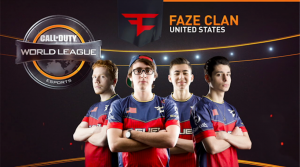 The Faze Clan is split into three primary shares; the Faze clan, which is held by CEO Thomas Oliveira himself, GFuel Energy, and Scuf Gaming. GFuel energy is an energy drink formula that is formulated specifically for gamers and esports professionals. Scuf Gaming is a company that creates gaming peripherals, like controllers, headsets, and more. On top of these two partnerships, the Faze Clan also has a variety of sponsors including Intel (yes, the computer chip company), Corsair, SteelSeries, and other gaming-focused organizations. Scuf and GFuel bring the bulk of the assets to the table in terms of financing salaries, while the other sponsors include deals and travel packages for the actual players. 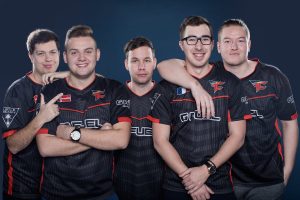 How Did Faze Clan Make Their Money and Wealth?

The Faze Team has been in existence since 2012, and their early days focused primarily on the Call of Duty games. They competed starting in 2012 and would continue into 2015 before eventually splitting into two squads, Faze Red and Faze Black. Faze Black would go on to win around $10,000, while Faze Red crumpled and folded within three months. Subsequently, the waning popularity of Call of Duty led to the organization looking for other assets.

In 2016, the “Faze 2.0” era began with the acquisition of a professional Counter Strike team. They signed on all five members of the G2 Esports team, purchasing the contracts for a collective $1.2 million. With the team competing under the new Faze Clan banner, the team would perform poorly until 2017.

In 2017, the Faze Clan made their mark on the Counter Strike map. While the organization only won $265,000 in 2016, their 2017 winnings reached upwards of $1.4 million. They placed first in five separate events, allowing them to become an unstoppable force. Since then, they have consistently placed around the third and fourth place in tournaments and have so far earned $337,000 in 2018.

The Faze Clan is more an organization of individuals and was founded with the intent to be an online gaming clan in 2012. They started in Call of Duty, which they rarely compete in anymore, and have since moved on to other games. Their rise to popularity and familiarity began with a YouTube channel focused on “trick shot” videos in Call of Duty. These videos feature the player’s perspective on shots that are indeed tricky, such as spinning around wildly or the infamous “drop shot,” where a player goes prone and lands a headshot at the same time. 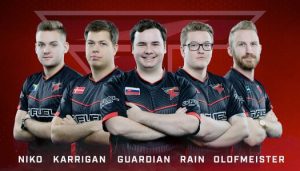 The YouTube channel was hosted by Banks, Apex, Blaze, Rug, Adapt, Censor, and Rain, although these players do not play competitively under the Faze banner anymore. These players are more like the faces and hosts of the Faze brand, trying to increase the reach of the brand and raise awareness. With that said, the Call of Duty community has become frustrated with Faze, since they no longer have an official Call of Duty clan.

The rise of the Counter Strike team helped to get more eyes on the Faze Brand, and the old Faze Clan was done away with completely. The original Call of Duty players have all gone on to create their own content and brand, occasionally coming together to host boot camps which result in a flood of Call of Duty-related content being created.

The Faze Clan currently has teams for PlayerUnknown’s Battlegrounds, Counter Strike: Global Offensive, Fortnite Battle Royale, and Rainbow Six Siege. They signed on a team for the Overwatch league, but this team imploded after just a year and the last player left on February 16, 2018. They also sponsor a single FIFA player.