Grace Helbig is a YouTube personality, author, producer, actress, and comedian from New Jersey. Her original YouTube web series was called Dailygrace which was produced by production company My Damn Channel. After she extracted herself from that show in 2013 she’s been the host of her own show ever since. She also runs a podcast and cohosts another channel with other YouTubers. Grace is also the author of two books, an actor in TV commercials, and the co-producer of three movies.

How Did Grace Helbig make their money & wealth?

Grace was born on September 27, 1985, in Woodbury New Jersey. She lived there with her parents, John and Teresa, and her two brothers John and Tim. She competed in track and pole vaulting at Gateway Regional High School in Woodbury Heights. She graduated high school in 2003 and attended Ramapo College for Digital Filmmaking. It was here that she would form a sketch comedy group, and take improv classes in the neighboring New York City. 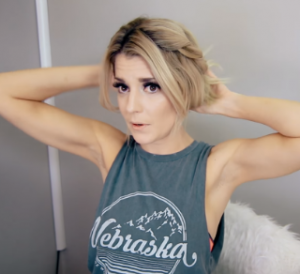 Grace started vlogging in November 2007 on a personal YouTube channel that she called GraceHinaBox. This is what got her noticed by founder and CEO of My Damn Channel. At first, she was narrating Bedtime Stories, an animated web series. Then she was invited to create her own blog style web series on the channel. Grace would post five videos a week, and call it DailyGrace. It got its start in April 2008 and continued until December 2013 when Grace decided to move to her own channel that she would control.

Grace became famous. She had a knack for generating views and engagement in her followers. She used her influence to create a career for herself, creating other web series, acting in television and on other people’s YouTube channels, starring in and co-producing movies, writing two books about life, ends even doing a series on E! Television called The Grace Helbig Show.iaw 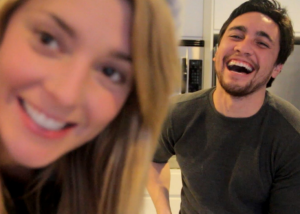 Grace is currently dating actor Chester See. They met on the set of Grace’s movie, Camp Takota and have been dating since 2014. They’ve posted many videos together on YouTube, including one about being friends with your exes. More recently than that though, they posted a video about their first date.

According to the Speaker Booking Agency website, Grace Helbig commands $20,000-$30,000 per speaking event. The site says that she is available as a comedian, author, and actress. 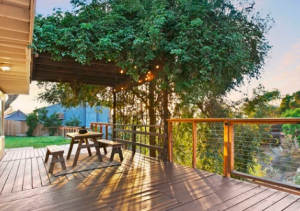 In December 2016, Grace purchased what is referred to as a renovated midcentury bungalow in a variety article which was located in Northeast LA. She is said to have paid $915,000 for it. This was above asking price, so it’s assumed that Grace wanted this house especially badly. It has three bedrooms and two bathrooms, with super high ceilings. The property even has a carport for two cars. On the inside, it has Maple flooring, picture windows, and an open plan design. There’s no wall separating the dining room, kitchen, or living room. It does have large picture windows to appreciate the view. 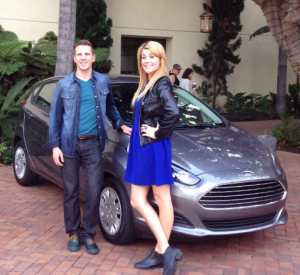 While there is no record of Grace participating in charities via a normal route, that doesn’t mean she hasn’t done good things. In February 2016, an app called Dysh was released. It had features similar to both Instagram and Foursquare with a charity twist. The more that its users browse and like photos, the more points they accrue that go towards purchasing meals for the hungry. Grace, Hannah Hart, Ingrid Nilsen, and Mamrie Hart joined early on as influencers to try and get people to use the app.

Grace Helbig also volunteered her time to give the keynote speech at a graduation for her alma mater, Ramapo College in 2015. She spoke on how it wasn’t so bad to fail. She told the graduates that failure is what makes you interesting, and it was what launched her career.

Grace has accomplished a lot in her career. She managed to post five videos a week for years since 2008, doing all the work of filming, writing, and editing herself. She’s written books, managed to reinvent her channel after leaving a large company that owned all her previous content, started a movie, and has won numerous awards. Even maintaining that busy schedule, she never stopped checking in with her fans and updating her channel.