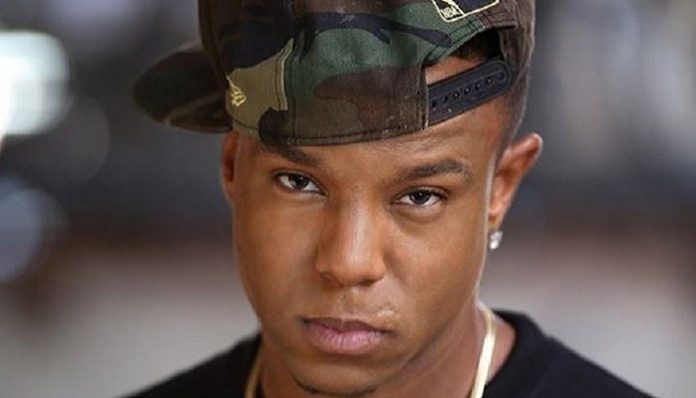 A rapper from Atlanta, Georgia, Lil Zane is perhaps best known for his debut effort, Young World: The Future. Since then, he has come out with several other titles such as The Big Zane Theory, The Return, and Cognito Presents That’s My Mic. Some of his most popular singles to date include Money Stretch, None Tonight, Callin’ Me, and Tonite I’m Yours.

Aside from his music career, he has also acted in several TV series and films such as Dr. Dolittle 2, The Fighting Temptations, All of Us, Moonlight, and A Day in the Life. Most recently, he played a minor role in the thriller, Cultural Clash.

How much has he earned from his music projects? How well-paid is he as an actor? How wealthy is the 35-year-old artist? According to various websites, Lil Zane’s current net worth stands at around $2.5 million. Where did the majority of this money come from? Let’s have a look.

How did Lil Zane Make His Money & Wealth?

Born on July 11, 1982, in Yonkers, New York, Lil Zane has been fond of music ever since his childhood. Inspired by Kris Kross and Another Bad Creation, he made the decision to pursue a music career at the age of ten. In his teens, he joined a group called Kronic, with whom he performed with from 1993 to 1996. Despite having been signed to RCA Records, however, they never put out any projects. Eventually, he decided to go solo toward the late 90’s.

In 1999, he released his first commercial single, Money Stretch, which was later included in the soundtrack for the comedy film, Next Friday. A year later, he came out with his debut album titled, Young World: The Future, which sold over 7,000 copies in the first week. His most successful record to date, it has since sold more than 490,000 copies worldwide.

His next project, The Big Zane Theory was released in the summer of 2003. A follow up to his debut effort, it contained fifteen tracks, one of which (Tonight I’m Yours) was released as a single. Lauded by fans, it went on to chart on both the Billboard 200 and Top R&B Albums charts.

Since then, Lil Zane has issued a few additional albums such as Tha Return, and Cognito Presents That’s My Mic. On top of that, he’s dropped a handful of mixtapes including The Missing Link, R.A.W., Magic City Radio 2.5, and Champagne & Dirty Sprite.

Considering the number of years that his music career has spanned, it’s likely that he’s pulled in a decent amount of earnings as a rapper (especially from his debut album).

Aside from his music ventures, he’s also an actor. Over the past couple of years, he has worked on several TV series and films such as The Writer, Atlanta, Men of God, When Love Kills, Industry, and Twisted Mines. Most recently, he played a minor role in the movie, Cultural Clash.

Some of his earlier credits from the 2000’s include Dr. Dolittle 2, The Fighting Temptations, All of Us, and Moonlight.

Though it’s said that he proposed to his girlfriend back in 2016, we do not have any details on his official relationship status at this time.

Does Lil Zane Have Any Children?

No, Lil Zane does not have any children.

Did Lil Zane Go to College?

No, Lil Zane has not gone to college as far as we know.

What is Lil Zane Famous For?

Lil Zane is best known for his debut album, Young World: The Future, which came out in 2000. His most successful record to date, it spawned the hit single, Callin’ Me.

Other than the fact that he currently resides in Atlanta, Georgia, we do not have any information at this time.

What Kind of Car Does Lil Zane Drive?

Unfortunately, information on Lil Zane’s vehicles is unavailable at the time.

How Much Money Did Lil Zane Make Last Year?

At this time, details on Lil Zane’s 2017 earnings at not available.

Earlier this year, he released a new single titled, Weed Lady which featured Lil Scrappy. Not only that, but he’s collaborated with Faded Mullah and Princess Layah on the tracks Two Kissing and Put It Down On You respectively.

In terms of acting, he appeared in a few films last year including Industry, When Love Kills: The Falicia Blakely Story, Men of God, and Good Streets.

What’s the rapper up to? Why not follow him on social media and find out? Lil Zane can be found on Twitter at @Lilzanesworld and on Instagram at @LilZanesworld.