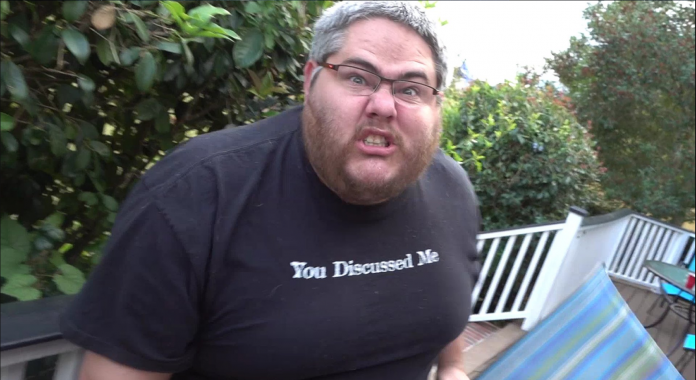 Michael Green, also known as Pickleboy and also known as the creator behind the YouTube Channel “The Angry Grandpa Show,” is an internet celebrity and YouTube Star. He runs a channel named “KidBehindACamera,” which started as a typical YouTube vlogging channel but turned into a channel focused on the Angry Grandpa Show. Who is Angry Grandpa, why is he so angry, and what is Michael Green’s net worth? Read on to find out more about this intensely popular YouTube Star and digital celebrity.

Michael Green Net Worth – Under $2 million

Michael Green’s net worth is estimated to be anywhere from $1 million to $2.5 million. This number varies greatly depending on what source is used, and how they calculate it – YouTube pays out between $2 and $5 per 1,000 views, which account for roughly half of a video’s lifetime earnings. Other factors include ads, ad inventory, the location of the viewer, and even type of device. As of the time of writing, Michael Green has roughly 2.1 million subscribers. His most popular video has 10 million views, while the average video ranges between 3 million and 5 million views.

Most of the more popular content on Michael Green’s channel are videos revolving around his grandpa, the namesake behind the grandpa in the Angry Grandpa Show. Unfortunately, this man has since passed away but leads a fulfilling afterlife in the form of a YouTube prank channel that his grandson created.

From my quick research and glance at the channel, it looks like Michael Green’s channel is on the downswing. The content has been relegated to “shock” humor, which mainly relies on Michael Green’s large figure. His latest videos struggle to crest over 300,000 videos, and he frequently uploads videos about five times a week.

One small, but important, editor’s note is to realize Michael Green essentially has no content without the Angry Grandpa. On June 17, 2018 (Father’s Day in the United States), Michael Green uploaded a video entitled “The Hardest Father’s Day Of My Life” as though he were the only one to celebrate the holiday without a father. The video has been critically destroyed, with more than 16,000 downvotes and only 599 upvotes. It only has 150,000 views in total.

How Did Michael Green Make His Money and Wealth?

Michael Green (Pickleboy/TheAngryGrandpaShow creator) made nearly all of his revenue through YouTube. His channel, Pickleboy, included content like the aforementioned AngryGrandpaShow, as well as his personal content which was marketed as “KidBehindACamera.” Almost every video was some form of “prank/shock” humor, which led to a very polarizing early reception.

Michael Green’s popularity crested in the midst of the AngryGrandpa show, which has since ended because of his grandpa’s death. The Angry Grandpa was Michael Green’s real-life grandfather, although the role of Michael’s parents is never expanded on. Since the passing of that grandpa, Michael Green has seen it fit to find another grandpa to replace him, and while the Angry Grandpa show still lives on, it is nowhere near as popular as it once was. 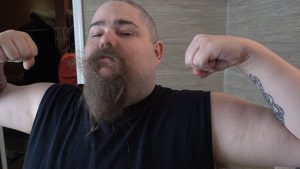 Standing at 5 foot 10 and weighing in at 350 pounds, Michael Green adheres fully to the “fat kid” form of self-deprecating humor. This has been a common theme since the inception of the channel and is currently the most visible theme. Michael Green makes it a point to upload every thumbnail as a grotesque picture of himself, which could be funny to the right people.

Michael Green is frequently subject to criticisms from his viewers for his disgusting hygiene. Among the health and hygiene issues are eating in front of the camera, showing viewers his teeth and busted lip, burping, farting, and generally revealing his poor dietary nutrition. Michael Green uploads videos of him playing with wrestling action figures, which even led to the creation of a “prank” video. AngryGrandpa and his wife (yes he is married) took the wrestling toys and destroyed them, although Michael Green later admitted to purchasing a whole new set of toys.

Michael Green’s latest content mostly consists of clickbait articles, which includes leaving his wife (he didn’t leave his wife), making tributes to his deceased grandpa (which was subsequently replaced to keep the channel filled with content), claims that he is quitting and leaving YouTube (he still uploads on a near daily basis), and even claims that the house was broken into. Among these borderline-tasteless videos are “What’s My Net Worth?”, a video in which Michael Green does not even brush upon his finances.