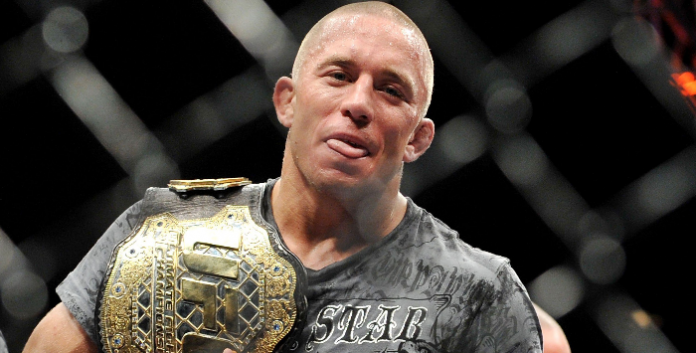 Georges St-Pierre is a name that every fan of martial arts knows very well. St-Pierre is often considered to be one of the greatest that have ever stepped inside of the octagon. Being so successful in such a popular industry brings many perks, one of which is lots and lots of money. So today, we will be taking a look at Georges St-Pierre’s net worth, life, and career!

Several sources list Georges St-Pierre’s net worth at around $30 million. Definitely not that surprising for one of the biggest names in the business. Georges, who is 37 years old, is worth around 66 times more than the average Canadian household! Not too bad.

How Did Georges St-Pierre Make His Money & Wealth

Life Prior to UFC

Georges was born in 1981 in Quebec, where he had a rough childhood. He was very interested in sports and martial arts as a child, so he started learning karate at just seven years old. One of the reasons was to fend off the school bullies (we’d like to see them now). After his karate instructor died, he took up other martial arts disciplines, namely wrestling, BJJ, and boxing. 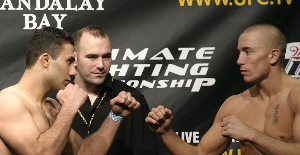 St-Pierre made his UFC debut in 2004 at UFC 46: Supernatural, where he defeated Karo Parisyan. He was paid $6,000 for his fight (half of that was because he won). At his next appearance, he defeated Jay Hieron with a TKO. His third fight was for the then-vacant Welterweight Championship belt, but he, unfortunately, tapped out to Matt Hughes. This marks his first defeat, out of two!

Several fights after, and he once again climbed his way to become the number one contender for the title. This time he managed to defeat Hughes with a TKO and won his first ever UFC title. However, he didn’t manage to hold onto it for too long. A few months later, he lost it to Matt Serra, who is one of the two people that have ever defeated GSP to this day.

Later that year, he defeated both Serra and Hughes and became the champion once again. His reign lasted until UFC 143 (4 years later), where a new Interim champion would be crowned because GSP was out for most of the year due to an injury. Condit defeated Diaz for the championship.

Once he returned, however, St-Pierre defeated both Condit and Diaz, regaining his title. After his title defense against Hendricks, Georges vacated the title, stating that he will be taking a break from UFC. During this time, he was making around $400,000 per fight. This was in late 2013. 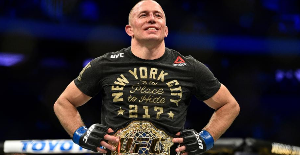 He returned to competition in early 2017 but didn’t have his first match until November, where he faced Michael Bisping for the Middleweight Championship. He was paid over $2,5 million just for showing up that night. GSP defeated him via technical submission to become the new champion. However, he once again vacated the belt, just 34 days after, due to a medical condition, stating that he doesn’t want to hold up the division.

Other than to his job, no, GSP is not married. Not much is known about his private life generally, but we’re sure that if he had a family, someone would have noticed by now.

Georges St-Pierre Salary and Annual Earnings in 2018 – How much money does he make per fight?

GSP didn’t have any matches this year, so here are some of his latest earnings:

As rich as he might be, he stands to make much, much more if he returns to the ring. 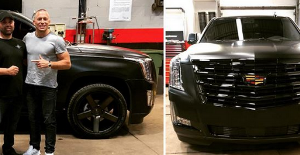 He recently posted a photo on Instagram showing off his new Cadillac Escalade, painted in black. The car costs around $100,000, which honestly sounds surprising when you consider Georges’ net worth. The Escalade has a V8 which packs 420 HP and seats up to 8 people.

As already stated, not much is known about GSP’s private life, including information regarding the fighter’s home. However, there is a funny story about it. UFC filmed some footage of his home for a countdown show but decided not to show it because of all of the underground rooms and passageways (exits). Sounds like a great footage to me, but it appears we’ll never see it.