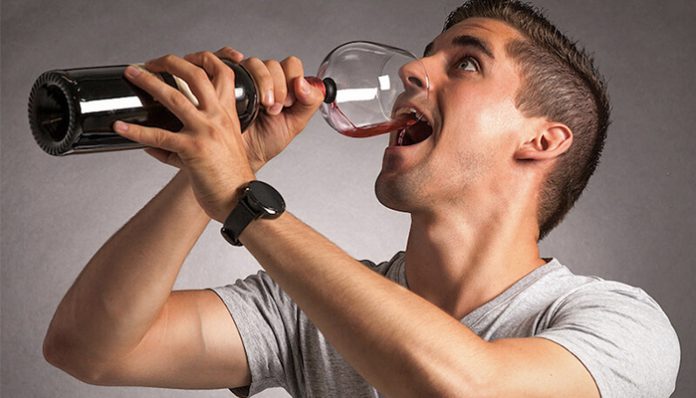 The Guzzle Buddy – Before Shark Tank

Designed for wine enthusiasts, the Guzzle Buddy makes drinking classy—as it allows for you to drink directly from the bottle, according to their official website. Invented by Jennifer Sullivan and Randy Rothfus, a sister and brother-in-law team, the former had come up with the idea after watching an old sitcom, in which she noticed that one of the characters was drinking wine directly out of a glass, that was attached to a wine bottle.

Intrigued, she subsequently scoured the internet for the product. To her surprise, however, both she and Randy weren’t able to find anything like it. Taking it as an opportunity, the pair ultimately decided to make it themselves.

Many months of hard work later, they developed the Guzzle Buddy. Made out of borosilicate glass, the fun gadget allowed individuals to drink directly from the bottle. Easy to use, it simply plugs into the top of a wine bottle, after which the liquid can freely flow into the glass.

With the product complete, they eventually launched a website, GuzzleBuddle.com. In efforts to maximize their sales, they also put it on Amazon. To their surprise, however, the product soon went viral. A huge hit, the pair sold out of their entire inventory in just three day’s time. Realizing its potential, they decided to focus on the product full-time soon afterward.

Over the next few weeks, the Guzzle Buddy gained an incredible amount of attention. Not only did it show up in various newspapers and TV shows, but it also ended up in the United Airlines’ 2016 gift guide. Before long, the pair was shipping out the product to countries all over the world—though most of their orders came from the U.S., Canada, U.K., Germany, and Australia. Within just a few months, they had sold more than $1 million worth of wine glasses.

Not long afterward, it was announced that the creators would have the opportunity to pitch their product on Shark Tank, a popular ABC reality series. The Guzzle Buddy wine glass was eventually featured in season nine, episode eighteen, which aired on January 21, 2018.

The Guzzle Buddy on Shark Tank 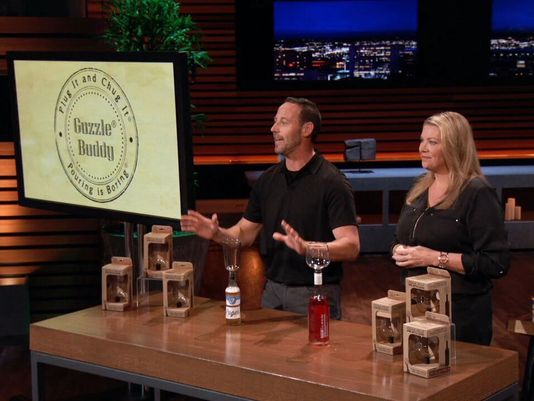 Stepping into the set, Jennifer and Randy introduce themselves and their product, the Guzzle Buddy, to the sharks. From there, they tell them that they are seeking a $400,000 investment for a 10% share in the company.

Ready to start their pitch, the pair walks toward a table, one topped with various wine products. Afterward, they pose a question to the sharks—“Have you ever judged anyone from drinking wine, straight out of a bottle?”, one that garners a few laughs.

A “solution to all your drinking problems”, Jennifer jumps right into introducing their product—the Guzzle Buddy wine glass. Holding it up, she excitedly tells them that “it turns your bottle into a glass.” Curious, Robert asks them what they mean. To that, the pair continues with their demonstration. Plugging the product into two of the bottles on the table, the panel laughs as the creators demonstrate the use of the glass.

Following up with an explanation, Randy tells them that the silicone sleeve fits into most bottles of beer, wine, soda, and hard cider. Made out of a strong, borosilicate glass, it is both dishwasher and freezer safe so that you can easily “freeze it, plug it, and chug it.” 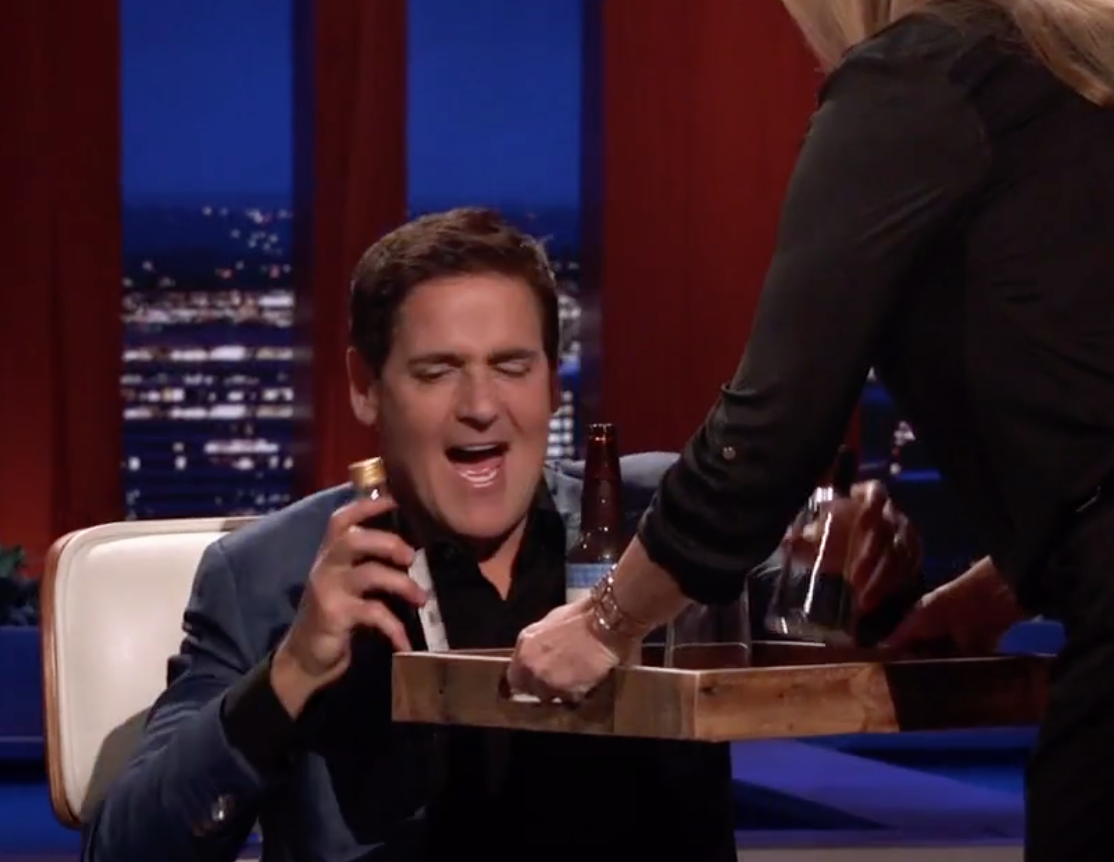 With that out of the way, they offer the sharks some samples. Noticeably excited about the wine, they are each handed their own Guzzle Buddy. Plugging it in, they say their cheers before gulping it down—directly from the bottle. Relatively impressed, Robert goes on to ask them how they came up with the idea.

In reply, Jennifer tells them that she thought of it after noticing a similar product being used by a character in an old sitcom that she was watching. A wine lover herself, she immediately scoured the internet in hopes of buying the gadget. To her surprise, however, she couldn’t find it anywhere. Realizing that it’s a huge opportunity, she eventually decided to make the item herself with the help of a manufacturer. Thus, through lots of trial and error, the Guzzle Buddy was born.

Referencing their offer, Kevin inquires about the valuation of the company. In response, the pair lets them know that they have done over $1.4 million in sales in ten months. Impressed, the sharks take the chance to have another toast. Curious, Kevin asks how that is impossible, to which Randy replies that their product had gone viral after one of his particular tweets was shared by an account with over 14 million followers.

Elaborating, the pair proudly tells the panel that they sold out within three days. Prompted about their profits, they go on to say that they made around $320,000. Diving deeper into the numbers, Lori asks them how much they sell for, to which Jennifer replies that they cost $3.12 to make and are sold for $24.99.

Moments later, they are asked about their backgrounds by Kevin. To that, Jennifer tells them that she had previously worked as a geologist, though she has since become a stay-at-home mom after being blessed with twin girls. Next, the attention goes to Randy, who explains that he is a former dentist. As one thing led to another, he explains, they found themselves making the wine bottle glass. 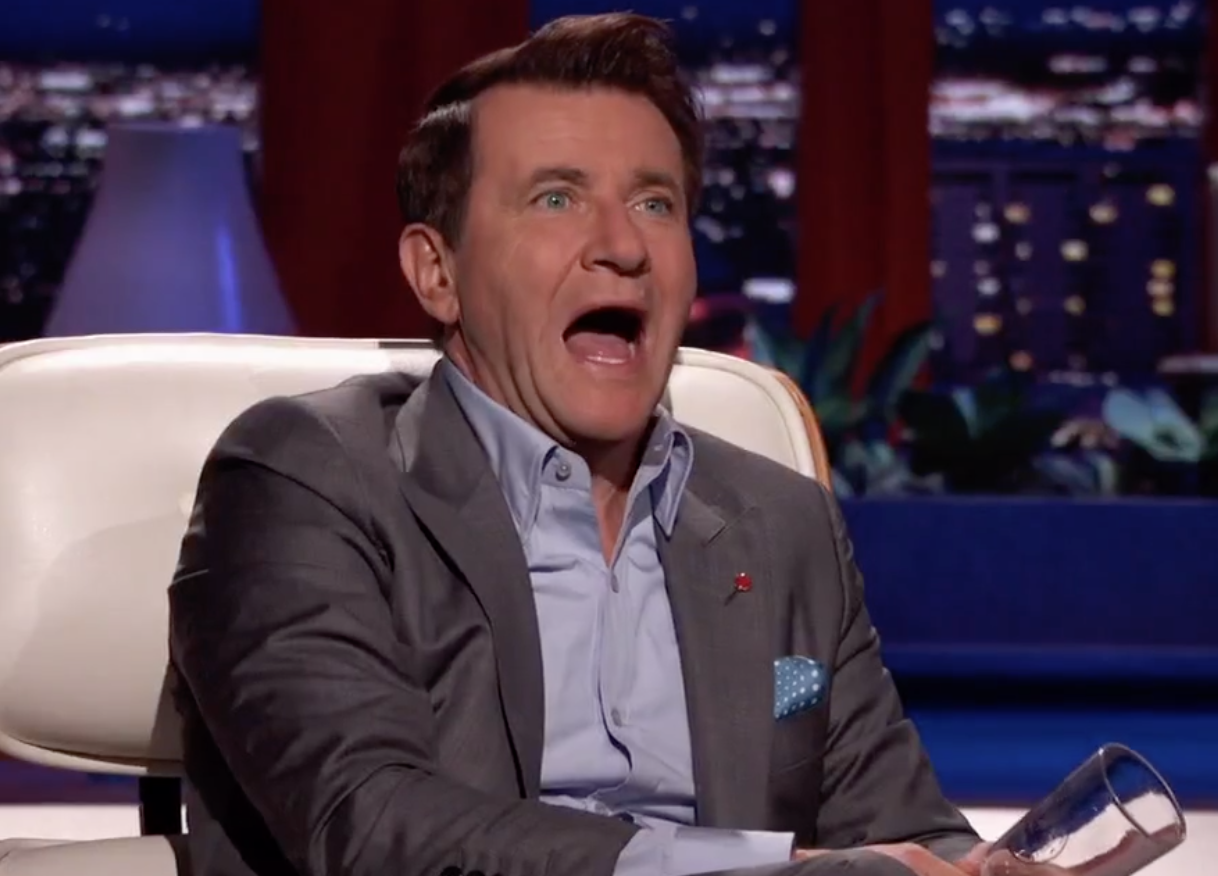 While he admits that it’s nice, however, Robert predicts that no one will be willing to offer them $400,000 for 10% stake. Remaining optimistic, Jennifer tells them about their plans with the beer glass. Not a fan of how it “gets in the way”, Mark claims that he is out—a decision that appears to surprise Daymond. Stating that some of the others sharks might have a better experience with the kind of product, however, he also backs out moments later.

With three sharks remaining, the attention goes to Lori, who asks the creators whether or not they can sustain their sales. In reply, Jennifer admits that they had actually wondered the same thing—to their surprise, however, the Guzzle Buddy has continued to sell. Finding it hard to invest $400,000 in the project, however, Robert soon backs out.

A little taken aback, Randy and Jennifer look on as Kevin begins to speak. To their disappointment, however, he reiterates the same thing as Robert before dropping out. With that, Lori is the only one left. While she’s impressed with the fact that they’ve have sold over $1.4 million dollars in sales, however, she agrees with the rest of the sharks that it’s hard to put so much money on the product.

With that said, she agrees to give them an opportunity to rethink their valuation, as she is unable to offer them a deal for $400,000 for 10%. Prompted for a new number, the pair discusses among themselves briefly before telling them that they’d like $400,000 for 20% equity. Almost immediately, Daymond, who had previously backed out, offers them $400,000 for 25%. 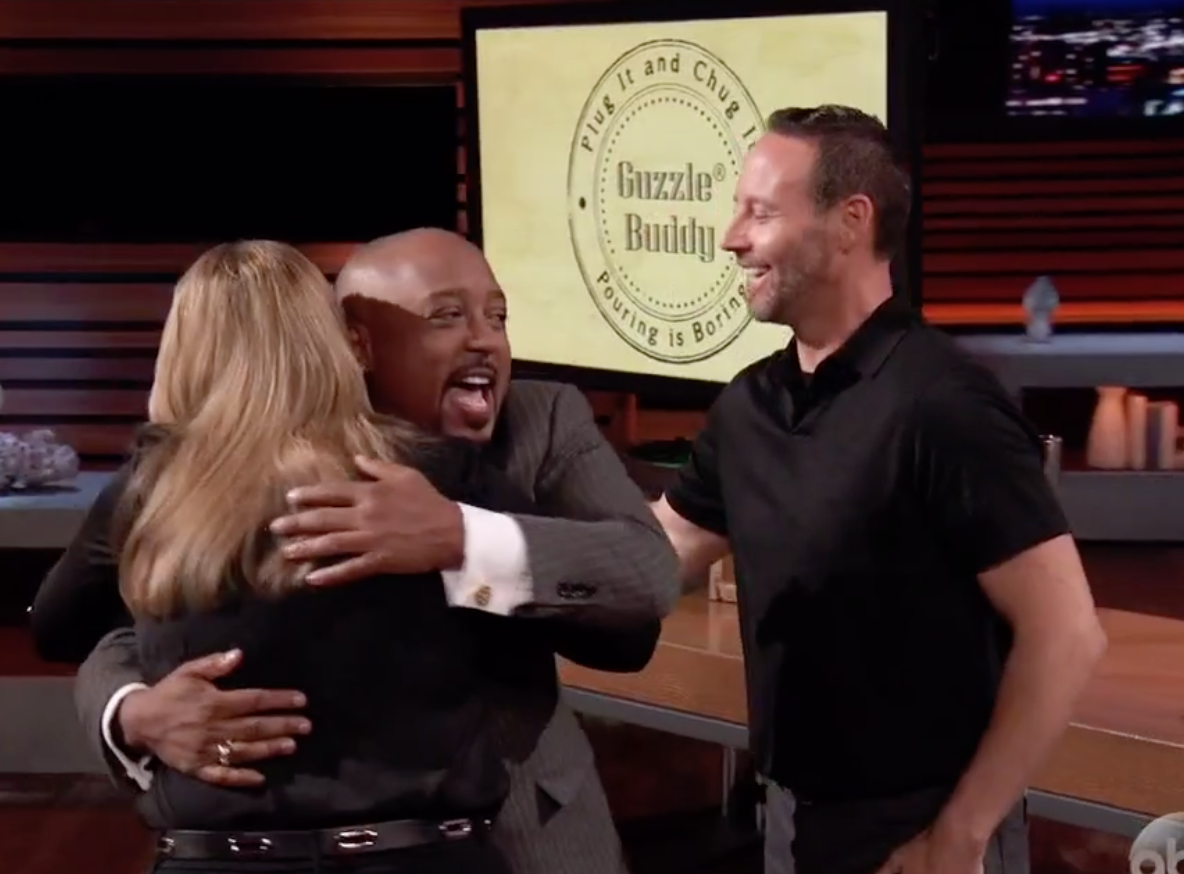 Upon considering, Lori makes them a second offer, $400,000 as a line of credit, for 20% stake. As if on cue, Randy and Jennifer look at each other briefly, before announcing their decision to go with Daymond. With the deal complete, the shark walks up for a couple of hugs. Notably happy, the creators give their thanks before giving their “cheers” one last time.

In the subsequent backstage interview, Randy states that he believes Daymond will bring a lot to Guzzle Buddy. For one thing, he explains, “he is a master of building a brand”—and that is something that they want to do.

The Guzzle Buddy in 2018 – The After Shark Tank Update

Since the creators pitched the Guzzle Buddy on the show, many months have passed. How are they doing nowadays?

Not long after the episode aired, the company released the Guzzle Buddy Beer Bottle—that is, as its name implies, a beer version of the drinking glass. Currently, it sells for $19.99 on the official website. Speaking of prices, it would appear that they’ve since also lowered the costs (perhaps to increase their market?) of their products. For those who’d like a refresher, the Guzzle Buddy Wine Bottle glass used to sell for $24.99; it too, however, is now priced at $19.99.

As far as other things go, the company has also come out with new, plastic versions of the wine and beer bottle glass. Made from Tritan copolyester plastic, the unbreakable Guzzle Buddy 2GO is perfect for those who like to take their drinks on the go—as there are no concerns of breakage. Slightly cheaper than their glass counterparts, they currently sell for $14.99 each.

In terms of what customers think of the product, the Guzzle Buddy has received nothing but stellar reviews. For instance, the wine glass currently has a 4.5-star rating out of nearly 500 reviews on Amazon. Taking a closer look at the reviews, it would appear that most users are satisfied and happy with the item. While some have pointed out that it’s not practical, the general consensus seems to be that it’s overall a fun gadget.

Aside from being able to purchase the product from their official website and Amazon, it has since also been made available in a number of retailers across the United States such as Walmart, Kmart, Brookstone, and Joyus. If anything, it being more readily available has only caused a boom in its popularity. At this time, however, it’s unknown whether or not the Guzzle Buddy will be made available in stores outside of the U.S.

Compared to before, their popularity has only exploded further since the airing of the Shark Tank episode. For one thing, they’ve already amassed nearly 7,000 followers on social media—a little less than half of which are from Facebook. Frequently talked about, the gag gift has been featured in numerous videos and sites over the past few months. In fact, it was just recently promoted on Delish.com, where it was highlighted as a “champagne flute that holds an entire bottle of booze.”

Will the brother and sister-in-law team be returning to the ABC reality series for an update anytime soon? Unfortunately, nothing has been announced as of yet as their episode was aired relatively recently. Who knows though? We might just be seeing the Guzzle Buddy back on Shark Tank sometime in the near future! To stay on top of the latest news and announcements, it might be a good idea to follow their official Facebook page here.