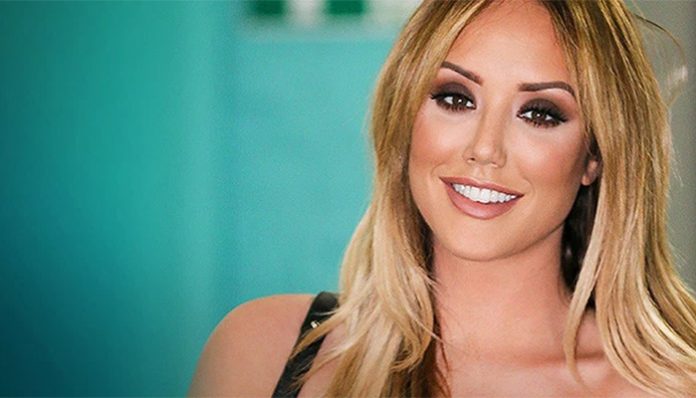 A television personality, Charlotte-Letitia Crosby rose to fame in MTV’s hit reality program, Geordie Shore. One of the original cast members, she starred on the show for twelve seasons, before leaving in 2015. Responsible for her rise to stardom, it remains to be her best-remembered TV appearance to date.

Since then, she has been featured in several other shows including Celebrity Big Brother, Celebs Go Dating, Celebrity Storage Hunters, Just Tattoo of Us, and Drunk History UK. In 2014, she also had her own series on TLC called, The Charlotte Crosby Experience.

How much did she make from the MTV franchise? How lucrative is her career in reality TV? How wealthy is she today? According to various sites, Charlotte-Letitia Crosby has amassed a net worth of $1 million as of 2018. Where did she earn the majority of this from? Is she involved with anything else outside of the showbiz? Let’s find out.

How did Charlotte-Letitia Crosby Make Her Money & Wealth?

Born on May 16, 1990, in Tyne and Wear, England, Charlotte Crosby grew up in Sunderland, where she attended St. Anthony’s Girl’s School as a student. Prior to becoming a reality star, she considered studying criminology at university. Before she got a chance to do that, however, she successfully landed a spot on MTV’s series, Geordie Shore in 2011.

Premiered on TV, the series followed Crosby and several other individuals as they lived together for a number of weeks in Newcastle upon Tyne. Some of her co-stars included Holly Hagan, James Tindale, Sophie Kasaei, Gaz Beadle, and Vicky Pattison. Her first time on reality television (or any television at all, for that matter), she soon earned herself a significant following on the show. In the end, she remained for twelve seasons from 2011 to 2015.

How much did she make from the show? According to reports, she was allegedly paid $30,000 per episode. Considering how long she was on the series, it’s easy to see how she would have earned herself a significant amount over the years. In fact, most of her current wealthy most likely came from her time on Geordie Shore.

Aside from Geordie Shore, she has appeared in numerous other TV shows including Ex on the Beach, Celebs Go Dating, and Drunk History UK. In 2013, she even came out as the winner on the twelfth season of Celebrity Big Brother. In terms of her more recent appearances, she has been featured in The Crystal Maze, The Story of Reality TV, The Charlotte Show, and Britain’s Got More Talent this year.

In addition to reality television, which obviously yields her a decent amount of income, she’s also a social media influencer with more than 6.4 million followers on Instagram. With the audience that she has, it’s not surprising to know that she’s capable of making tens of thousands of dollars per sponsored post. Similarly, she also has over 2.5 million fans on Twitter.

No, she is not married. In the past, she dated fellow Geordie Shore co-star Gas Beadle, though they ultimately split up in 2016 after he was found to have been unfaithful.

Does Charlotte-Letitia Crosby Have Any Children?

No, she does not have any children. Previously, however, she did have an ectopic pregnancy, which led her to receive life-saving surgery in London, where her left Fallopian tube was removed.

Does Charlotte-Letitia Crosby Go to College?

No, she has not gone to college. In the past, however, she had considered studying criminology at university.

What is  Charlotte-Letitia Crosby Famous For?

Charlotte-Letitia Crosby rose to fame as one of the original cast members on MTV’s Geordie Shore. In the end, she remained for twelve seasons from 2011 to 2014.

Charlotte-Letitia Crosby currently resides in her native England. We do not have any additional details at this time.

What Kind of Car Does Charlotte-Letitia Crosby Drive?

Details on Charlotte-Letitia’s vehicle is not available at this time.

How Much Money Did Charlotte-Letitia Crosby Make Last Year?

Unfortunately, we do not have any information on Charlotte-Letitia Crosby’s 2017 earnings at this time.

So far this year, she has appeared in a handful of shows including The Story of Reality TV, Britain’s Got More Talent, The Charlotte Show, and The Crystal Maze. Last year, she also took part in Celebrity Ghost Hunt Live and Pointless Celebrities.

What’s the reality star up to? If you’re a fan, why not follow her on her social media accounts? You can find Charlotte-Letitia Crosby on Twitter and Instagram at @CharlotteGShore. While you’re at it, she also has an official Facebook fan page, which you can check out here.