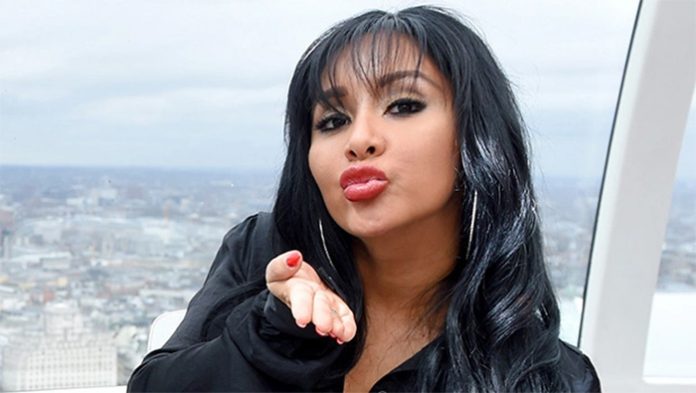 A TV personality, Snooki is perhaps best known for her appearances on MTV’s reality program, Jersey Shore. A member of the main cast, she starred on the show for three years before departing in 2012. To this day, it remains to be her most prominent television credit.

Since her rise to fame as a reality star, she has appeared in several other shows including WWE Raw, The Three Stooges, Dancing with the Stars, and Nicole & Jionni’s Shore Flip. For the past three years, she has also been starring in her own series, Snooki & Jwoww: Moms with Attitude.

How much did she make from the MTV franchise? How lucrative is her television career in general? How rich is she? According to various sites, Snooki’s current net worth is around $4 million. Where did she earn the majority of this money from? Is she involved with any other projects outside of the showbiz? Let’s find out.

How did Snooki Make Her Money & Wealth?

Born on November 23, 1987, in Santiago, Chile, Nicole LaValle aka Snooki was adopted when she was six months old. Raised by Italian-American parents, she grew up in Marlboro, New York, where she attended school. Upon receiving her high school diploma, she attended a local community college in hopes of becoming a veterinary technician.

In 2009, she made her television debut in MTV’s reality program, Is She Really Going Out With Him?. From there, she was invited to join the cast of Jersey Shore, after being scouted by the casting director. Responsible for her rise to stardom, the show premiered in the U.S. on December 3, 2009. Well received, the series premiere had attracted more than 1.38 million viewers.

One of the most popular cast members on the show, her salary increased significantly over the years. Compared to the first season, when she earned $5,000 per episode, she currently earns $30,000 as of 2018. Considering the fact that she was on the original series for three years, she would have banked a considerable amount altogether.

In the years since, she has appeared in several other TV programs including The Three Stooges, Dancing with the Stars, Cake Boss, as well as her own series—Snooki & Jwoww. Premiered in 2012, the Jersey Shore spin-off ran for four seasons until 2015. Unfortunately, it’s not known how much she had earned from the title at this time.

In terms of her most recent TV appearances, she was invited back for Jersey Shore: Family Vacation earlier this year. Debuted on April 5, 2018, the first episode had attracted more than 2.41 million viewers.

Outside of the showbiz, she’s involved with several other ventures. For instance, she published a book titled, A Shore Thing in January 2011, which sold 9,000 units within the first month of release. Since then, she has come out with two additional novels titled, Confessions of a Guidette and Gorilla Beach.

As with most celebrities, she’s also paid a handsome amount for appearing at public events. For example, she received $32,000 to speak at Rutsger University in April 2011.

Yes, she has been married to Jionni LaValle since 2014.

Does Snooki Have Any Children?

Yes, she and her husband have two children together—Giovanna Marie and Lorenzo Dominic.

Does Snooki Go to College?

What is Snooki Famous For?

Snooki rose to fame in the late 2000’s after being cast in MTV’s reality series, Jersey Shore. Since then, her popularity has only increased with further TV appearances.

Where Does Snooki Live now? Pictures of Snooki’s House

What Kind of Car Does Snooki Drive?

Details on Snooki’s vehicle is not available at this time.

How Much Money Did Snooki Make Last Year?

Unfortunately, we do not have any information on Snooki’s 2017 earnings at this time.

Since April 2018, she has been starring in the latest installment of Jersey Shore—Jersey Shore: Family Vacation. Some of her cast mates including Pauly D, Michael Sorrentino, and JWoww, among a few others.

Some of the other shows that she’s appeared in this year include Celebrity Page, The View, Entertainment Tonight, and Larry King Now.

What’s the reality star up to nowadays? If you’re a Snooki fan, be sure to follow her on social media—luckily for us fans, she’s active on several platforms including Instagram (@Snooki) and Twitter (@Snooki). While you’re at it, don’t forget to also check out her official Facebook fan page for the latest news and announcements.