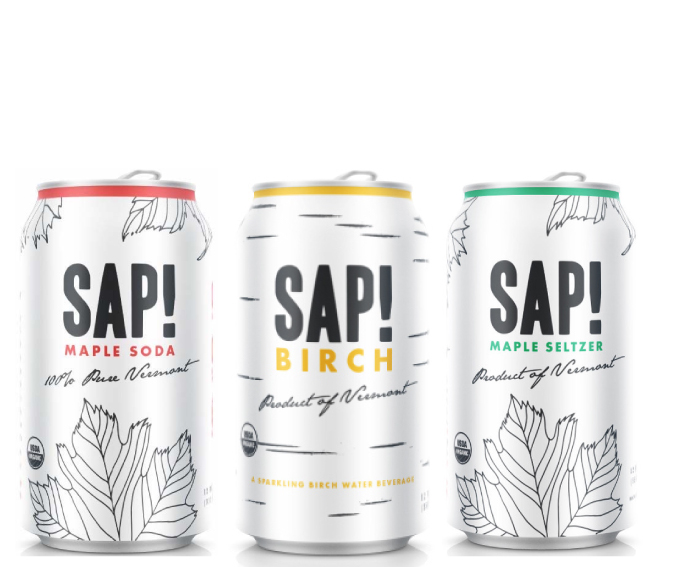 Coming into the Shark Tank are two entrepreneurs who have discovered a delicious, tasty beverage made from an unlikely substance. These two woodsmen-looking entrepreneurs are Chas Smith and Nikita Salmon. The two of them are cousins from Vermont and co-founders of Sap! They are seeking an investment of $600,000 in exchange for 12% of their business. Growing up in the woods of Vermont, it’s impossible to ignore the beautiful maple and birch trees.

And, of course, tree sap is the lifeblood of those trees. Their roots pull nutrient-rich groundwater from the soil, which combines with the sugar stored in the trees to form a complex substance – sap. Sap helps these trees to grow, and naturally contains antioxidants, electrolytes, and more than 40 other nutrients including B Vitamins, iron, and manganese. The trees benefit greatly from their sap, so why can’t humans?

This is why the two cousins have created Sap!, which is a healthy beverage company sourced directly from nature herself. The sap is sourced from their family farm and their network of Vermont producers. They want to keep to their roots and grow the next great beverage brand that can help people live a long and healthy life. So Sharks, which one wants to get in on their untapped business?

Robert and Mark are eager to try the beverage, and even guest Shark Rohan Oza shoots off the slogan, “Don’t be a sap, try a Sap!” The Sharks all love the name of the beverage. Chas distributes the beverages, which are a choice of three. They have the seltzer, then the soda, and then the birch. These come in different colored cans – they recommend trying the green one, which is maple syrup sap seltzer. Lori takes a sip and is impressed at how it tastes – it’s like a cotton candy, and it’s very smooth.

Mark points out that there aren’t a lot of calories – only 40 in a 12 fluid ounce can. The first product is more of a sparkling water-type experience, and then the maple sap soda (red can) has maple sap but they remove more water from the sap to sweeten it up and create a more soda-like experience. Robert likes that one, and Chas points out that it mixes fantastically with bourbon as well. Mark, however, says that it tastes like he’s drinking straight Aunt Jemima’s syrup.

The third product, however, is birch sap. Lori points out that they all taste different and they all taste very good – at least to her. Robert sipped the final can (just a regular white can) as Lori was praising the beverages, and he pulls a face that looks absolutely disgusted. It’s too sweet, but Robert doesn’t like sweet. Robert urges them to drink it, but Lori likes it. Robert jokingly asks if it’s still for humans, and Barb says that it tastes like medicine. Mark is repulsed, as well. Rohan looks indifferent.

Rohan starts by saying that the first two taste great, but the third is nasty – and we have a unanimous decision that the third beverage, birch sap, is too repulsive. Lori insists that she likes it. However, Nikita explains that birch hasn’t come to the United States yet because it doesn’t make a great syrup like maple, but it has a lot of great health benefits. Mark says that he can see the drink curing a hangover, though. 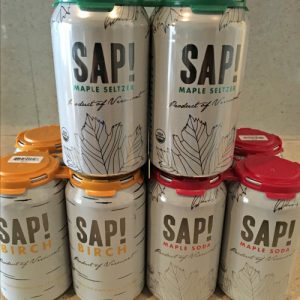 Robert then gets into business and asks what their sales are. In 15 months of sales, which the birch being new, they have settled at a price point of $1.99 per can and $7.99 for a four pack. Their costs, which are blended across all three products, it’s about $.50 per can to produce. This is expensive, Mark says. Their total sales to date are about $400,000 and they are seeing an explosion around sparkling water. But in that category, there aren’t a lot of health attributes to a normal sparkling water. They’re typically demineralized flavor with some natural flavor added to it.

Lori asks if Nikita can explain why the Sap! Soda is healthier to drink than a regular sparkling water. Maple naturally has 46 vitamins, minerals, and nutrients, and birch has a little more than that. Chas continues to sip his Sap! Robert asks how the two got the idea to make a soda when they’re making maple syrup, and if Chas actually speaks. The Sharks laugh at this as Chas finally finishes his can of soda. Growing up, he starts, he was involved in the industry with his parents. Their main source of income was maple syrup and when he was 19, he got into the business. He purchased the farm from them when he was 20 years old, so he has 12,000 taps on standby.

Despite a large number of taps, this is mostly about a mid-sized operation in Vermont. The total land coverage of the farm is about 300 acres. He has 5,000-gallon tanks of maple sap just sitting there and they were fooling around with carbonation, mixing it with bourbon (here and there), and better ideas came from there. Rohan asks where the water comes from, and Chas explains that they tap a very small hole following standard organic tapping methods so as to not damage the trees. They actually pull up a picture of the operation.

In the spring, Chas continues, the trees naturally flow sap to leaf out. They take that raw product and then carbonate and can. There is actually no water in the products, and the drinks are just the straight liquid out of the trees. All of the Sharks are blown away by this, even Rohan Oza himself, a maestro of food and beverage. Mark mentions that the two cousins need to include this on the can. The scent of a deal is near. 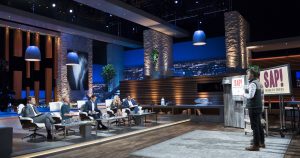 Rohan understands beverages “a little bit”, and if they are coming out at $1.99 (many brands do that), what are the things that Sap! has that proves they do well? Maple products have prebiotics in them which is good for your gut health, and there are properties that reduce inflammation in the body. Rohan, however, is struggling to comprehend the leap from switching to a cheaper soda to one that costs $1.99.

Chas says that the drink is a multi-use beverage so it’s a product that the entire family can use, and it’s above the traditional line of seltzer. Mark urges them to it down to just one sentence, and Nikita says that the drink helps protect your body. Rohan looks devastated – wrong answer.

Lori asks how the beverage helps to prevent inflammation since that’s a big buzzword now in 2017/2018. Inflammation causes cancer, so how does the drink stop inflammation in the body? Maple is a complex substance that has not just 46 nutrients but also a lot of bioactive properties. They’ve been working with the University of Vermont and University of Cornell to study the properties a bit more. They want to bring new research out, but Lori is curious if they are doing testing if they can prove their claims.

There is some research out there to support their claim, and in Chas’s mind, the prime customer is a mom buying some of the Sap! soda for her family with a slightly higher willingness to pay. It’s a better option than a traditional soda, but Robert says that the story is too long. The products, other than the one, aren’t bad and Mark could see himself giving the drink to his kids as an alternative. He feels good about it, but their marketing sucks. They have to simplify the entire thing in a way that’s obvious, but he does not see them at that point yet. Mark is the first Shark out of the deal.

Barb says that with all the claims they’ve made, they likely spent a third of their time convincing the Sharks it’s healthy. But truthfully, Barb does not like the way it tastes, so she’s out. Lori, meanwhile, liked all three and the funniest thing to her is that she doesn’t like syrup. She’s really into the health thing, but the two cousins are too early for the testing. Her heart wants to be in so bad, but unfortunately, Lori is out of the deal as well. Two Sharks remain. 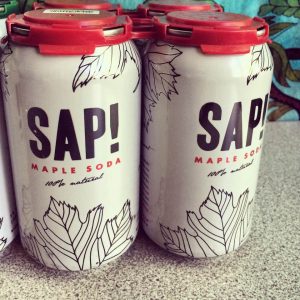 Robert says that he does not have an issue with, and he liked when they said that Sap! protects the body. They need a real deal to send that message, so Robert intends to make an offer. He offers $600,000 in exchange for 30% equity in the company. Rohan, on the other hand, says that it’s very tough to start and get a beverage business going. He gives them credit, but his struggle is that they can’t get him a “why” quickly enough to get him to buy that beverage. The functional benefit to justify a $2 price point does not exist to him, so Rohan is out.

Robert’s deal still stands for the two cousins all the way from Vermont. They counter with $600,000 in exchange for 20%, but Robert coyly remarks that the $600,000 is a very expensive flannel shirt. Six seasons ago, Robert didn’t know how much work was involved in getting food and beverage businesses off the ground, and he would have done that 20% then because he likes them. But he is comfortable with 30%, and unfortunately, he has renegotiated the deal. Robert is out, leaving the two cousins without an investor for their company.

Despite not finding an investor for their interesting beverage, Sap! Is still around and quite popular. It’s available on Amazon, with a case of 24 available for $39.99, which means that a can costs around $1.67. With only 17 reviews, the product retains a sturdy 4-star rating. The most common complaints include the foul taste (you’re drinking nearly straight maple syrup, what do you expect?). However, it seems that the taste is either acquired or varies from person to person, as there are just as many reviews praising the taste as there are criticizing it.

Sap! Is not available all around the country yet, although, from Nikita’s Twitter, it appears that interest in the beverage is growing and that the purchase orders continue to grow larger and larger. I would not be surprised to find that most of the country is sipping on beverages distilled from maple syrup in a decade, and possibly even learn that maple syrup could be a replacement for high fructose corn syrup.