How to Figure Out Which Instant Pot is Right For You 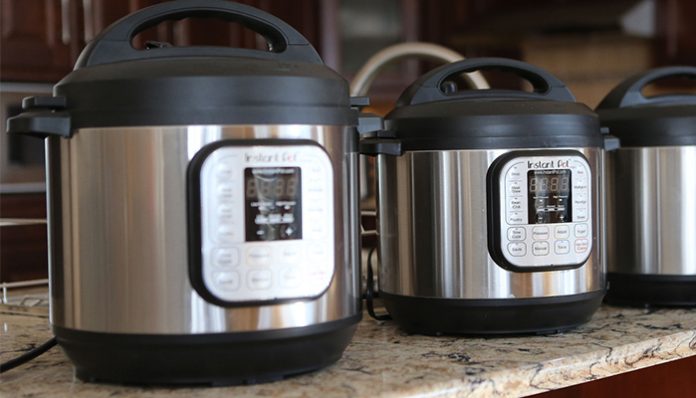 The Instant Pot is more than just a kitchen appliance- it’s a lifesaver when it comes to preparing meals! Known for its versatility, the multi-cooker’s array of functions allow it to whip up a variety of dishes from meatloaf to stews. With its delay start feature, you can even cook dinner ahead of time so that it’ll be ready as soon as you come home- why eat out, when you can enjoy a home-cooked meal, right?

As you probably know, the gadget has gained somewhat of a cult following over the past few years. Considering the amount of help it provides in the kitchen however, it really isn’t all that surprising. From Facebook groups to food blogs, the Instant Pot has taken the world by storm- in fact, many have taken to forums and the like, to exchange recipes and tips!

Perhaps you’d like to invest in one of these cookers yourself? Wondering which model you  should get? Don’t worry, that’s why we’re here! Not only will we be going over some facts about the Instant Pot, but we’ll also be discussing the pros and cons of each of the different models, so that you can make an informed decision!

The Instant Pot – What Does It Do?

Invented in Canada, the Instant Pot is meant to provide busy families with a way of preparing healthy, yet delicious home-cooked meals. An electronic multi cooker, it features an array preset functions, all of which can be used to whip up yummy food with the press of a button. Often referred to as a 7-in-1, the gadget not only consolidates multiple appliances into one, but it also saves you precious counter space in the kitchen!

Let’s have a look at the different smart programs below.

Rice: Meant for cooking white rice, the grains will be cooked at low pressure for a set amount of time (depends on the amount of rice and water in the inner pot).

Porridge: Meant for cooking porridge, selecting this setting will cook the inner contents at high pressure for 20 minutes.

Meat/Stew: Ideal for exactly that- meat and stews, this setting will cook the contents at high pressure for 35 minutes.

Poultry: Meant for cooking poultry meat, this setting cooks the content for 15 minutes at high pressure.

Bean/Chili: Meant for bean and chili dishes, selecting this setting will cook the contents for 30 minutes at high pressure.

Multigrain: Meant for cooking wild and brown rice, this setting cooks the contents for 40 minutes at high pressure.

Steam: With the use of a steamer basket or rack, you can steam items at high pressure for 10 minutes.

The Instant Pot – How Many Models Are There?

In 2010, the first Instant Pot was released to the market. Since then, the company has come out with several additional models, all with “snazzier” features. Wondering what the differences are? We’ll be going over them below!

Instant Pot Lux: The “economy” option if you will, the Lux is the oldest generation that is currently still available in the market. Don’t let its age fool you though- it does most of what the newer models are capable of, with the exception of making yogurt.

Instant Pot Duo: The most successful model, most people think of “the Duo” when they think “Instant Pot”. A improvement over the Lux, it not features a yogurt maker, but it also comes with two different pressure cooking settings- high and low (whereas the Lux only has a low setting).

Instant Pot Duo Plus: A step up from the Duo, the Duo Plus is different from its predecessor in that it comes with two new preset programs- “sterilize” and “egg/cake”. Not only that, but the display has also received an upgrade, so that you can better see the different icons displayed on the screen.

Instant Pot Smart: A step up from the rest, the Smart comes with an iOS/Android app that can be paired to the cooker via Bluetooth. For those who are tech-savvy, you can easily write your own recipe scripts (aka a custom set of instructions for a certain dish)- heck, you can even find recipe scripts to download online! While it might be a little pricier compared to the other models, it’s definitely worth the investment.

Instant Pot Ultra: For those who’d like to take things a step further, the Ultra offers three new settings- “sterilizer”, “egg cooker”, and “cake maker”. Compared to its predecessors, it also comes with a new cooking indicator, steam release reset button, and altitude adjustment settings. Perhaps the most exciting of all however, is the new “Ultra” button which allows for custom programming.

Intant Pot Max: Coming this June, the Max will come with some exciting new features- in addition to being able to handle a higher maximum pressure, it will also feature a more accurate temperature sensor, which will allow for sous vide cooking. The first Instant Pot to be able to cook at 15 psi (something that was previously only achievable with stovetop pressure cookers), it will be available as a 6 quart size, according to reports.

The Instant Pot: What Sizes are Available?

As expected, the Instant Pot is available in several different sizes. With that said, some models are only available in certain sizes, as with the new Max, which we mentioned above. Good news is most come in one of the 4 standard sizes and you can fit stuff like the 6 qt instant pot rings on both 5 and 6 quart varities.

What Instant Pot Size Should I Get?

Which size should you get? A 3 quart? A 6 quart? To help you out, we’ve written out some guidelines below.

– If you’re cooking for one or two people, you’re probably safe with the 3 quart size.

– If you’re cooking for one or two people, but want to do batch cooking, the 6 quart is probably a better choice.

– If you’re cooking for a family of four, the 6 quart is a good option.

– If you’re cooking for a family of four, but want to do batch cooking, you might want to consider the 8 quart.

How to Figure Out Which Instant Pot is Right For You

Trying to decide between the different models? Hopefully you’ll find what we have below helpful.

You might want to consider the Instant Pot Lux if…

You might want to consider the Instant Pot Duo if…

You might want to consider the Instant Pot Duo Plus if…

You might want to consider the Instant Pot Smart if…

You might want to consider the Instant Pot Ultra if…

– You are interested in the new “sterilize”, “cake” and “egg” functions
– You want something that will allow for custom programming (i.e. the ‘Ultra” setting)
– You don’t mind paying a bit more for a newer model

You might want to consider the Instant Pot Max if…

– If you are on a limited budget, the Lux is the least expensive
– If you already have a Lux or Duo, you don’t necessarily need to upgrade to one of the newer models