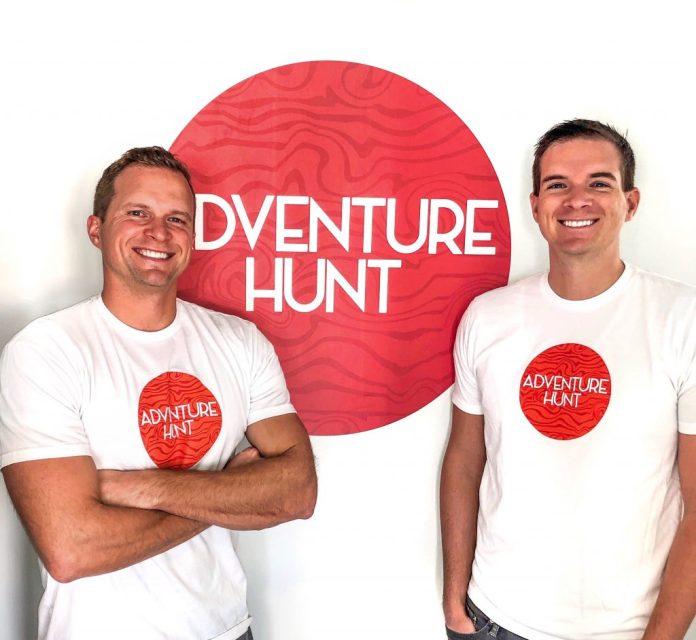 All it took was two brothers with the drive to create a range of memorable activities that were sure to become widely popular across the world. Who were those two brothers? Sean and Jared Bingham. In 2015, Sean Bingham, who was already the founder of KZ apparel, had the brilliant idea to launch a new company as a marketing scheme for his apparel company. He knew he wanted the new business to be something outdoorsy and fun, much like KZ apparel; so, the brainstorming sessions began. Shortly thereafter, with the help of his brother Jared Bingham, they launched Adventure Hunt – the real-life, hands-on scavenger hunt expedition.
So, they got to work on their new business with a mission to

“boost company culture one hunt at a time.”

They came up with a multitude of hunting adventures that could be completed by teams all around the country. It’s safe to say they nailed down the team-building portion of their invention with the intent of one lucky team discovering the hidden treasure. Once they launched Adventure Hunt, Jared used his social media savvy skills to handle all the marketing and managing of the company’s online presences.
In short, Adventure Hunt is a new, and improved (and much bigger) way of participating in scavenger hunts. The way it works is simple; a treasure chest is buried within the area in which the two teams are competing. Between the two teams, they will have to dash through the hunt while doing small 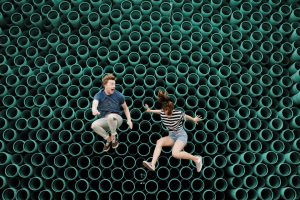 tasks throughout in order to answer clues. Those tasks could be anything from rock climbing to consuming food without using your hands, and, once resolved, the clues will get the teams closer to the buried treasure. In addition to that, teams will receive points for completing said tasks; once they’ve hit a specific number of points, they’ll get a map on the Adventure Hunt app to help them further.
As for what’s in the buried chests, Adventure Hunt has received an array of products, merch, and gear from popular brands such as Go Pro, Go Scope, KZ apparel, and more. Once the chest is found, the winning team will find that they’ve won a free trip, GoPros, and much more cool treasures.
These hunts can be found all around New Zealand, Australia, the United States, Canada, and even England; all it takes is two teams. Not to mention, they have an app that can be used for finding geocaching experiences and more, including an option to create a new customized hunt. As of 2019, Adventure Hunt had already become a favorite for many customers who were planning parties, birthdays, get-togethers, etc. In fact, they had more than 150 hunts arranged; however, the brothers were seeking more investors and sponsors in order to expand their company further. That’s where the sharks come in to play – who better to invest in Adventure Hunt than an intelligent shark.

Sean and Jared Bingham appeared on Shark Tank on January 13, 2019, with hopes of getting a $150,000 offer for 10% of Adventure Hunt. They begin voicing their pitch, while telling the sharks about the Adventure Hunt business and all they’ve accomplished with it thus far. Tagging along with the Bingham brothers, are a few actors who presented a live demonstration of the hunts, along with a video of said hunts playing in the background. This live demonstration sure was a great addition to their pitch as the sharks loved witnessing one actor receive a wedgie from the other actor. At this point, the sharks are motioned to leave their seats to try some of the tasks themselves. The brothers are off to a perfect start; however, it’s time to check out what the sharks have to say about Adventure Hunt. 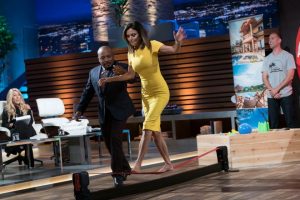 Once the onstage fun has concluded, Robert Herjavec asks the brothers how their sales have been so far; they respond, saying within the first 18 months of the launch, they made $769,000 from sales. From there, Bethenny Frankel makes her first offer of $150,000 for 25% of Adventure Hunt; however, she added that she expects several other aspects to their company, along with a dating service. Aside from Bethenny, the only other shark interested in investing was Robert. He had high hopes for the company’s future and wanted to help them with their marketing, as well as hiring top notch corporate representatives. He also offered the Bingham brothers $150,000 for 25% of the business.
After hearing the two offers, Sean and Jared negotiate what they want to come out of this; they both agree they aren’t keen on losing a quarter of their business, even if it is to an investor. Nonetheless, they do need to make a solid decision; otherwise they leave with nothing. They make their agreement known to Bethenny and Robert, which leads the two sharks to decrease their stake to 20% instead, along with the set $150,000. While this isn’t exactly the investment the brothers had in mind, they chose Robert’s offering, knowing that he would help them with their marketing.

Adventure Hunt Now in 2022 – The After Shark Tank Update

Not only did Sean and Jared leave Shark Tank with a great investment from Robert Herjavec; they also received the title of

“the best, most entertaining Shark Tank pitch of all time”.

To re-cap their success, the brothers accepted Robert’s offer of $150,000 for 20% of their business, Adventure Hunt. All he expected in return was the chance to help boost their marketing sales, as well as hire great corporate representatives for their business. While doing so, he helped 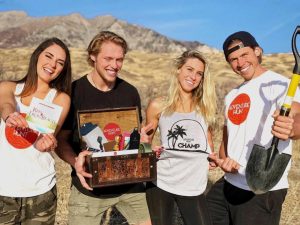 them expand their business; he even set up multiple events with Washington Trust, Marmot, Ancestry, the United States Air Force, and more. These events were the perfect touch to expand their team-building exercises and market their company more.

At the beginning of 2020, when the pandemic was in full force, the company was able to successfully switch to virtual hunts without losing any sales. Turns out, their hunts are just as popular online. Nonetheless, the brothers were able to resume their normal, in-person Adventure Hunts as the fall of 2020 concluded. It’s safe to say that, if a pandemic couldn’t break their business, nothing can. With that being said, as of 2022, Sean and Jared Bingham continue to run Adventure Hunt successfully, while keeping up on their social media status as well.