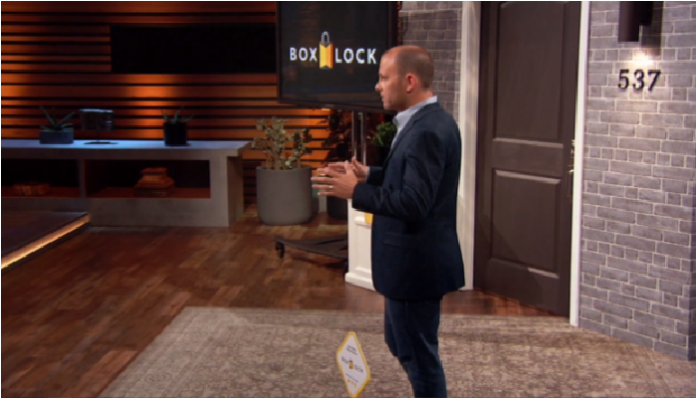 BoxLock is a device that was created to secure people’s packages when they aren’t home but their packages are still delivered. The device was developed by Brad Ruffkess who is from Atlanta Georgia.  BoxLock keeps the porch pirates at bay by giving delivery companies a place to put parcels that they deliver. Brad was motivated to invent it after his own experience with a parcel thief. On one occasion, a thief took a parcel that had been left on his porch by a delivery company. This motivated Brad to develop a system that would ensure that this would not happen again. Boxlock is an electronic padlock with a scanner. If it’s locked by the owner, it can be reopened by scanning the correct barcode. When the owner makes an order, its order number is automatically sent to the padlock.

Brad had yet to release his product to the public and needed more funding, and help in reaching out to companies to buy his product. This is why he applied to be on Shark Tank. His application was successful and he was invited to be on the first episode of the tenth season. 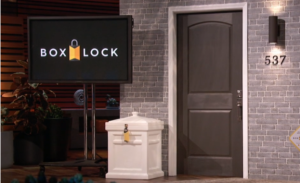 Brad was seeking $1,000,000 for 5% of the company. This amount made the sharks immediately gasp in shock.  Kevin asked Brad how much he had put into research and development and Brad said close to $500,000. He also said that it was in manufacturing.

Lori asked him how much he had done in sales and Brad said that pre-sales he had sold 800 units. Daymond wanted to know how much the units were sold for.  Brad said that the unit costs between $89 and $109. He was ready to ship them but hadn’t yet. Their retail price was projected to be around $129 and their cost of production was $65 per unit.

Mark Cuban then wanted to know what they were scanning and Brad said that it was the tracking number on the package. BoxLock works by automatically collecting the tracking numbers from UPS, USPS, and FedEx.  Kevin then asked about how long it would take to spread awareness about the device. Brad said that they have training programs but they vary.

Kevin then stated his concern about the functionality of the device because a malfunction would mean that the parcel has to be left outside. Brad said that the carriers were very concerned and would not simply leave their packages unattended.

Daymond then asked Brad to justify his company’s $20,000,000 valuation.  Brad started by saying that BoxLock was solving a very big problem. Jaimie interrupted him to say that just because it would solve a big problem doesn’t mean it should get a big evaluation.  Jaimie then told Brad that Ring, Jaimie’s company, had been valued at $7,000,000 when it had done more than three years with sales of more than $1,000,000.

Brad said that he had already worked with the carriers and everything was up and running. Mark Cuban then interrupted because he needed clarification on whether the box was being bought separately or it came with the padlock. He was told the box was sold separately and would retail at between $100 and $120.

Daymond then asked Brad why he was valuing BoxLock at $20,000,000. Brad said that it was because everything was up and running. Jaimie then told Brad that he had to differentiate between the value of the business and the value of the company.  Brad reiterated that it was because they were in a position where they could solve a problem that no one else had been able to solve before. 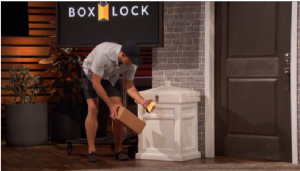 Daymond asked for more specific facts such as the number of patents. Jaimie then said that he had no patents so he doesn’t take the patent market very seriously. He then said that he knew a lot about the field Brad was in as his own company dealt with installing security cameras.

Jaimie said that he didn’t like the fact that they would have to change consumer behavior for the idea to work. He thought that the $20,000,000 valuation was too high and so he left.

Mark Cuban soon followed suit. He said that there were a lot of problems that Brad had not yet solved and it would require a lot of other parties. Solving these problems would take a lot of money and for those reasons he left.

Daymond said Brad couldn’t satisfactorily explain to him why the company was valued at $20,000,000 and with that he left.  Kevin was the next to leave. He said that the 1,000,000 that Brad was seeking was probably not enough and would be used up in the next 3 months just to train people. For that reason, he was out.

Lori was then the only one left. She thought it was a good idea and there was demand for it. She said that QVC ships 320,000,000 packages annually. She had worked on something similar for the past few years. She was willing to offer him the $1,000,000 as a loan if he gave her a certain amount of royalty and he should be the one to state what that royalty is.

Brad asked if she expected the royalty to be capped after a certain amount of sales. Lori said that it would be capped after she made her money back and another $500,000. There would also be an 8% interest fee and she would also get a 2.5% share in the company.  She said that she would bring him customers but there were very many variables.

Brad said that he wanted $1.5 million with a royalty of $3 per unit until the $1.5 million is recouped. He would also give 2.5% of the company. Lori asked Jaimie to partner with her.  Jaimie said he wouldn’t because Brad lacked the network that would make the business worth it.  With that, Lori also left.

Without an offer, Brad had to leave. He said that he was fine without the offer and thought that he would one day be back as one of the sharks.

BoxLock in 2022 – What Happened After Shark Tank 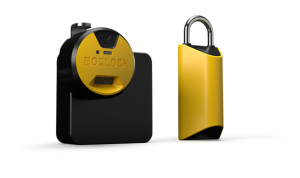 BoxLock has continued to enjoy a tremendous amount of success even though it didn’t receive any offers from the sharks. In 2018, Brad had raised $45,000 on Kickstarter to start the company. The company has in recent times raised $4,500,000 from tech entrepreneurs.  It also now has a valuation of $17,000,000 in 2022.  Boxlock has, therefore, not only launched but has been doing business for quite some time now. Boxlock products are available on Amazon where it has a 3.1-star rating.

The company has a website and its main social media presence is on LinkedIn. It currently has a staff of 25 people. It has mainly hired locally. Brad’s success is proof that even when all the experts disagree with you there is the possibility of you finding success and proving them wrong.