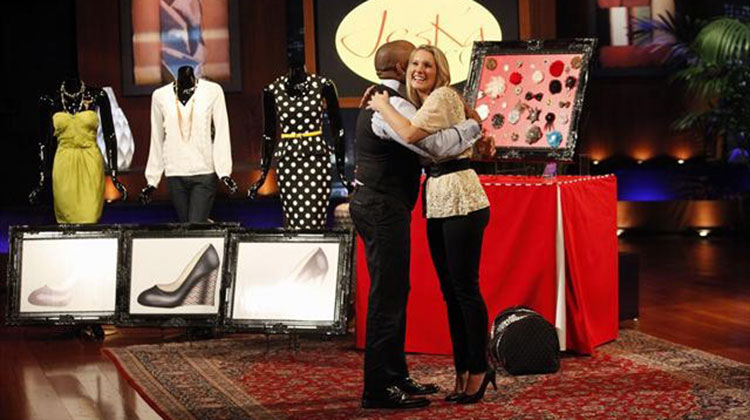 Jeska Shoe Company was a small company coming out of Emerson, Arkansas, founded by Jessica Haynes. The primary product behind Jeska Shoe Company is their heels, which offer a level of versatility and convenience that most high heels don’t have. The idea behind the product is simple — a shoe can be changed from a stiletto to a wedge by simply snapping one attachment off and putting on another. The idea of a “modular” or interchangeable high heeled shoe is so ingenious that it’s almost hard to believe that no one else has ever thought of it before. By being able to change the look of their shoes this quickly and easily, the product allows women to have shoes that always match their outfit without having to haul around multiple pairs of shoes.

However, that isn’t to say that her product took off immediately. Prior to coming onto Shark Tank, Jeska Shoe Company didn’t exist. It didn’t have any pre-existing sales. It was essentially a start-up with a single prototype in its interchangeable heel product. In fact, Jessica Haynes had sought out the help of several other investors prior to coming onto the show, and she was turned down by every single one. Stepping into the Shark Tank, she was sort of desperate to come to a deal with someone. In her words, the sharks were her very last hope for taking her prototype out to market and making her dreams a reality. 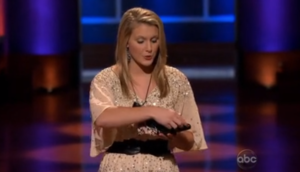 Jessica Haynes entered the Shark Tank asking for $70,000 in exchange for 30% of her company. This was a fairly modest ask — she was evaluating her company’s worth to be close to $250,000. When she demonstrated how her interchangeable heels worked, the sharks, Robert and Barbara in particular, were seriously impressed by the product. Jessica showed off the mechanism that allowed all of the magic to happen: magnets. The sharks were less impressed, however, when they learned that Jeska Shoe Company had yet to make any sales.

Kevin was the first shark to point out that Haynes wasn’t actually the first person to come up with the detachable heel, which Haynes didn’t refute. When the sharks were confused by this claim (since they hadn’t seen a product like this in stores before) Kevin explained that shoe companies chose not to sell the detachable heel product because it made them less money than just selling women several pairs of shoes. When Mark asked Haynes how she would make her product stand out if it were to hit the market, Haynes revealed her business plan. She intended to license her technology to an existing brand.

Kevin was quick to ridicule Haynes for her ambition, saying that it was foolish for her to think that she would be able to compete with the other big-name shoe companies. She stood strong, however, and said that although it would be difficult, she thought it was more than possible to achieve. When Kevin asked how much she intended selling her product for, Jessica said that she was currently estimating for them to sell for around $200. Daymond immediately questioned the weight behind that figure, asking how she could possibly have come up with an estimate when she hadn’t even made any actual shoes yet. (Remember, all she had at this point was a prototype.) Haynes clarified, however, that she had worked with a manufacturer during pre-production, and that she felt that her estimate was well-informed. 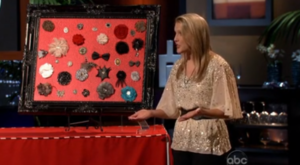 At this point, it didn’t really seem like the sharks were going to bite. However, when Jessica disclosed that she had put over $60,000 of personal funds into the company, Robert asked where that money came from. From there, she shared a heartfelt story about how help from her grandfather and her parents (as well as full-time work) allowed her to put the money into her dream. Daymond was touched by this story, and he said that his mother had done the same thing for him when he had first become an entrepreneur.

Robert interrupted the two and said that he felt as though maybe the reason why the concept of the interchangeable heel never took off was because women preferred to purchase multiple pairs of shoes. Jessica shared the story of another company with a similar concept that had been very, very successful. This silenced Robert, for now. Kevin asked Jessica, hypothetically, if she were to receive an investment, how would she plan on distributing the product? Jessica admitted that she didn’t really have a plan in place for the future, and that she hoped a shark would help her create one. Annoyed by her lack of preparedness, Kevin dropped out. 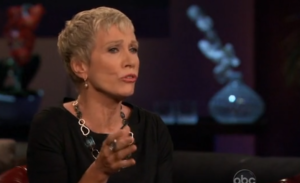 Mark dropped out next for a different reason: he wasn’t all that familiar with the shoe business. Barbara posed Jessica a simple question. If the first set of shoes cost $200, how much would it cost the consumer to purchase a set of heels afterwards? Jessica told her that the parts would cost anywhere between $20 and $30. This caused Barbara to drop out of contention, saying that she felt the overall price of the product was too greedy, and that most people would just opt to buy multiple pairs of shoes for that price.

With that, Daymond was the last shark remaining. Daymond and Jessica had already shared a little bit of a bonding moment over their common pasts with their families. With that, the shark explained that investing in Jeska Shoe Company was a huge gamble. All she seemed to have was debt and inexperience, but Daymond said that he also saw a lot of courage in her, as well. With that, he offered to invest $70,000 in exchange for 70% equity in the company. He knew that his ask was little greedy, but he said that he was willing to make a good employee out of Jessica, and that he would guide her through every choice and impasse. Jessica was happy to have an investor interested in her company and, saying that she would be happy to be a small part of a big thing, accepted Daymond’s offer.

Jeska Shoe Company Now In 2022 – The After Shark Tank Update

Hayes might have received an offer from Daymond, however, things didn’t go quite as planned as they never made it to the market.

In October 2014, just a little over a year after she appeared on Shark Tank, she announced on the company’s Facebook page that they will be shutting down. In the same post, she thanked her family, friends, and fans for their support and stated that she will always cherish the experience and dream of the Jeska shoe. She also mentioned Daymond, thanking him for his support and mentorship through the endeavor, and revealed that he’s very nice to work with.

Since it was first posted on Facebook, the announcement has received nearly 400 likes. Not only that, but many fans also left words of support in the comments section.

Since then, Hayes has only updated the Facebook page once and that was when she highlighted another interchangeable shoe that went on Shark Tank. She also took the opportunity to thank her fans again, saying that “[their] words are still inspiring to this day.”

What is Hayes up to now? According to her LinkedPage, she currently works as a Program Eligibility Specialist Supervisor at the Arkansas Department of Human Services, so as far as we can tell, she’s back to her day job.

Seeing as how she wanted to continue exploring opportunities in entrepreneurship, however, we might very well see her again sometime soon with another product—it just might not be on Shark Tank. For now, only time will tell.