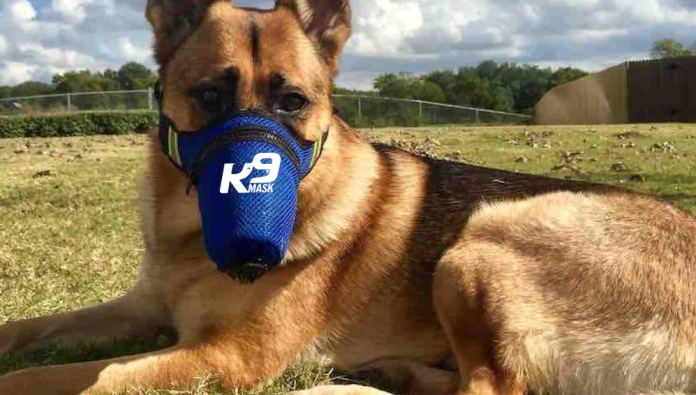 Growing up, Kirby Holmes would travel from Texas to South California every summer to visit his grandparents. And he would notice wildfires burning on the hills around their house. While firefighters battled the flames, he always dreaded the thought of something happening to his grandparents and their black lab.

This thought came back with the recent issue of wildfires on the West Coast. In California, he noticed baseball fans wearing air filter masks to protect themselves from the smoke, which came from a devastating fire near Paradise, California, which killed close to 100 people and stranded more than 100 pets.

That’s when noticed a big problem; that dogs need to go outside for potty breaks and walks even during the wildfire season but they have nothing to protect themselves from the toxic smoke. So he sought to create a solution. 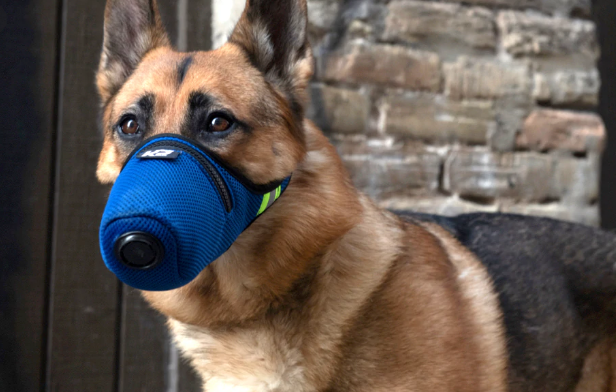 With the help of his cousin, Evan Daugherty, he eventually put together the world’s first air filter mask for dogs after months of product testing. But there was another issue—they lacked the funds to begin production. So they decided to start a Kickstarter Campaign in March 2019. With a bit of luck, they were able to meet their goal of $10,000, which helped bring the project to life.

As one thing led to another, they found themselves with an opportunity to appear in Shark Tank. They later appeared in the 6th episode of the 12th season.

Kirby and Evan walk into the tank with masks over their faces. They eventually take them off to greet the sharks, who seem a little surprised. Introducing themselves, they let them know that they’re here to seek $200,000 for 20% of their company.

With that, Kirby jumps right into their pitch, saying that air quality has gone down with recent wildfires, dust storms, and the coronavirus. Evan emphasizes that our pets need protection too and as if on cue, Kirby unveils a picture of a pup wearing a mask, which earns chuckles from the sharks. 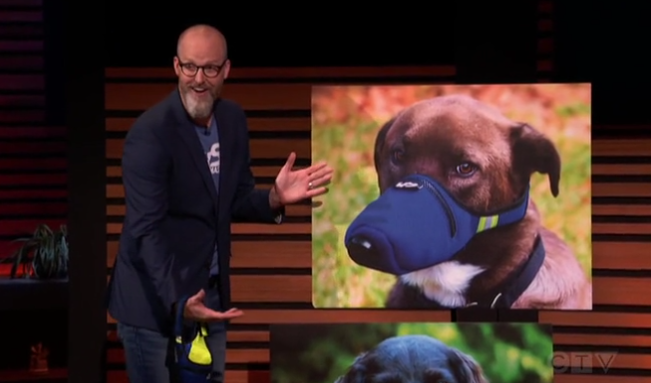 Continuing, Evan explains that they’ve created the world’s first air filter mask for dogs called K9 Mask. As he does, the camera zooms in on the masks that are nicely packaged on a table. Kirby adds that the masks are specifically designed to fit a dog’s muzzle and that their N95 carbon filters are replaceable. He then takes the filter out of the mask he’s holding. He also lets them know that the item is washable.

Pointing toward the TV, which is showing a demonstration of the mask, Evan explains that they offer three different sizes to fit various muzzle shapes and that they all come with adjustable straps- one around the neck and one around the cheek- to provide a secure fit.

Looking at one of the samples, Lori asks about the filter. Kirby tells her that it’s an N95 mask with an activated carbon filter. She then asks how they had come up with the idea. Kirby reveals that it all started five years ago when he was at a cafe with his wife. After seeing a man wear a blue face mask in the bathroom, he decided to start a website that would sell more ‘fashionable’ air filter masks. As wildfires grew in intensity, people eventually began to search for the terms, ‘air filter mask for dogs’ on his site and that’s when it hit him.

Kevin asks whether or not the masks will prevent dogs from being able to sniff around when they’re on walks. Before they can answer, Mark states that that’s irrelevant and that the masks are a great idea for pets who aren’t able to evacuate right away due to wildfires. Kirby emphasizes that their masks are for crisis situations but that they can also be used for other situations- such as protection from toxic algae blooms- as well.

Kevin goes on to ask how they plan on selling to dog owners. Mark answers quickly by saying that they simply need to go to wildfire areas. Daymond agrees and Blake asks about their sales.

Kirby states that they’ve done $204,000 in sales over the past 14 months, which doesn’t seem to impress Mr. Wonderful. Lori asks whether or not they saw a spike in sales during the COVID-19 pandemic. Kirby nods and says that they did $45,000 in sales last year and $159,000 in sales this year.

Lori says she likes the idea and that they should make them for cats as well. Kirby tells her they have, in fact, looked into it.

Blake then asks about the pricing. Kirby explains that the masks retail for $59 and that they cost $25 to make. Right away, Lori mentions that it’s expensive. Kevin agrees.

Mark says he likes the idea and that he’s impressed with the product but that the sales are too low. Blake expresses the same concern. Kirby states that it would be great if they could get more people to know about their masks.

Lori says that it’s a great product but that it’s too niche for her and drops out.

Kirby says they hope to lower the manufacturing costs with the sharks’ help. However, Mark still finds the sales to be too low and for that reason, he also drops out.

Blake goes on to say that he loves their product, being a dog owner himself, and that he would do anything to protect them but that he doesn’t feel that there’s a big enough market for the masks and so he drops out as well.

Almost immediately, Kevin states that he’s out as well.

With that, their attention turns to Daymond, who states that $200,000 in sales isn’t terrible and that it proves that there’s a need for the product. He goes on to make Kirby and Evan an offer—$200,000 for a 45% in the company, which receives a few grimaces from the other sharks.

Kirby is appreciative of the offer but asks whether or not he’s willing to go down to 30%. Daymond shakes his head. He lets them know that he’s only doing 45% so that they can still own the majority of the company.

Kirby and Evan discuss among themselves for a moment before making another counteroffer—$200,000 for a 40% stake in the company. Daymond thinks about it for several seconds before agreeing.

The rest of the sharks congratulate them on their deal before the pair make their way out of the tank.

It’s unknown whether or not their deal with Daymond was ever finalized but from the looks of it, the company seems to be doing fairly well. As of 2022, they’re still in business. They’ve also lowered the cost of the K9 Mask from $59 to $49 so they might have been successful in lowering their manufacturing costs.

Currently, their air filter masks are available in five different colors: pink, black, red, orange, and blue. They’ve also added more sizes to accommodate a greater range of dogs (they were previously only available in three different sizes – they currently have four).

As for filter refills, you can get a five-pack for $25. They also offer K9 Mask for humans with a ‘Clean Breathe’ Air Filter, which goes for $19 (it’s currently discounted to $15).

In terms of what people think of the masks, most reviews on the site are positive. However, some have mentioned the cost as a prohibiting factor. In response, they’ve added a coupon code, “PUREAIR”, which gives customers 10% off at checkout. Shipping is also free across the United States. They also offer international shipping (several shipping options will be provided during the checkout process).

For those who are interested in the products, you can check out their official website at k9mask.com. Their K9 masks are also available from Amazon for the same price. Currently, they have a four-star rating from 20 reviews.

They’re also active on social media. You can find them on Instagram (@K9_mask) and Twitter (@K9Mask). They also have an official Facebook page that you can check out (@DogPollutionMask).