Stepping into the Shark Tank is Christopher Gray, from Philadelphia, Pennsylvania. Chris represents his company, Scholly, and has come to the Shark Tank to seek an investment of $40,000 in exchange for a 15% equity in his company. College is expensive, Chris starts, and he would know since he is a student. The cost of college rises every single year, and students and parents are forced to take out student loans in order to pay the bill. This leaves students with an insurmountable amount of debt, but there is another option for students to help pay their bill – scholarships. The only problem is that these scholarships are extremely hard to find, and colleges waste billions every year on scholarships that are never received by someone.

To fix this, Chris has created Scholly. Scholly is a mobile app that matches prospective students with nationwide scholarships, based on some populated data. Starting from the top, you populate the information with your state, race, grade point average, gender, sort by need or merit based scholarships, your current grade, major, and even a section for miscellaneous info. Once all the information is entered, simply press “Match” and you will be matched with all the appropriate scholarships for your criteria. A sample of some Shark Tank-based scholarships pops up on the screen to demonstrate how the product works, and Kevin points out that Chris is really sucking up to him (to which Chris replies, “well you’re sitting there, how could I not?”)

Robert starts by saying that he loves the idea and Chris is 100% correct; there are so many scholarships that it is like a jungle. Robert doesn’t even know how people can figure out how to get money from scholarships that aren’t given by the university. He then asks if the actual app was displayed, and Chris confirms; the app is for both iPhone and Android operating systems. Kevin asks how Chris populates the list with scholarships, and Chris explains that he has been helping build a database for scholarships and helping students acquire those scholarships for years now. He would pull lists from different websites, and once the scholarship is in the database, they no longer have to manage that specific college’s scholarships. 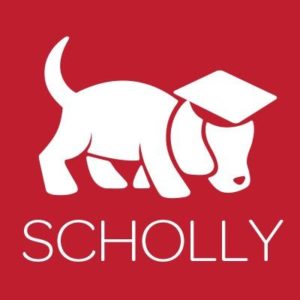 Lori asks if Chris works by himself, and Chris says that he works with two co-founders. He is the CEO and business guy, while the other two are more of the technicians and developers. Robert asks how Chris came up with the idea, to which Chris replies that he is currently a junior in college. He actually won $1.3 million dollars in scholarships, which causes every Shark to prompt for more details on how Chris received that much money. Mark even says that Chris won a lottery. It took up to 7 months, Chris says, but as a junior, he scoured the web and ended up receiving numerous “Full Ride” scholarships, scholarships which pay for everything except class materials. The biggest scholarship that Chris received was the “Bill Gates Scholarship,” which is a full ride to ANY university you would want to go to.
Robert asks for more information on how Chris found the drive to get $1.3 million in scholarships. Chris was raised by a single mom, with two siblings, and he found that he was unable to apply to some of the schools he wanted to go to because of the application fees. Robert agrees that he can relate, since he is the first person ever in the Herjavec family to attend college. Even Daymond agrees that Chris is amazing, asking for $1.3 million since he educates the Sharks (the “bobos.”)

Chris continues on about Scholly, saying that each student is matched with around 100 to 200 scholarships worth over $4 million, giving them access to win some of that money. Scholly actually focuses on outside scholarships, not scholarships directly given from the school, Chris explains – these are scholarships that anyone from any college can receive. There is about $100 million dollars that goes unclaimed outside of scholarships, Chris explains.

Kevin then asks how he, as an investor, will receive some income from Scholly. Chris explains that Scholly costs $.99 on the app store, and there have been 92,000 paid applications in less than a year, as well as the fact that there is “viewer marketing” (viewers of the application, not even purchasing it, are telling others about Scholly’s existence). Chris used the fact that he had an offer of $1.3 million in scholarships to pitch the application further. Lori then says she wants to do something that she has never done before, and will make an extremely early offer in the Shark Tank. Lori offers $40,000 in exchange for 15% immediately. She loves what Chris is doing.

Chris says that he loves Lori’s offer, but Lori seems hesitant to let Chris move on and speak to the other Sharks. She wants Chris to respond immediately, but Daymond steps in and says that now he wants to be part of Scholly, too. It is a personal matter for Daymond, as he started working at 10 years old and was raised by a single mother. When he was 17 years old, he wanted to go to college but had to work to help his mother pay the bills since there was no food on the table. Daymond resonates strongly with Scholly, and makes the same offer as Lori. Daymond offers $40,000 in exchange for 15% of the company.

Lori calls for Chris’s attention again and says that she loves everything he is doing and believes in him, and she does not care about how the program will be monetized. She just wants to accept the deal and wants to make it work, but wants Chris to accept the deal immediately. Chris wants to hear from the other Sharks, but Lori seems hell-bent on securing an early close with Chris before the other Sharks can even determine if they want to make an offer. 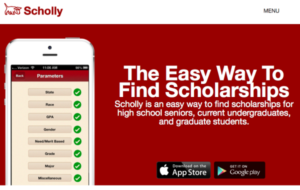 Mark points out that as a tech guy, and Robert agrees, he needs to understand the skill set of the developers of the application developers. Lori then points out that the other Sharks are asking questions that Lori and Daymond are not even asking, causing some drama – Lori points out that she is not minimizing Chris, and she fully believes in it. Robert then asks how Lori can believe in the business when she has not even asked questions about the entire business and how it works, but Daymond says that they will figure it out as they go.

Lori then says that she will go in with Daymond on a joint offer, offering a 50/50 partnership and $40,000 in exchange for 15% of the company with an allegiance with two Sharks. Lori pressures Chris to make a decision, to which Chris shockingly accepts. The other Sharks could not even ask the questions or gather the information they wanted to, and it seems that maybe Daymond and Lori could have swept the rug out from underneath the other Sharks in order to secure an early close on a fantastic application.

In the segment after Chris walks out, both Mark and Robert lambast Lori and Robert since they have no idea how the back-end engine, the actual process of scraping different universities and scholarship websites, works. Even Kevin agrees with the sentiments that he cannot decide if it is a charity or business, but the both of them point out that their investment was not charity. Robert then asks how they intend to grow and scale the business, to which Lori and Daymond both just reply,“We’ll figure it out.”

Kevin says it best; he did not receive enough information because the two Sharks ended up forcing $40,000 down Christopher’s throat. All of the Sharks seem completely torn, with Mark, Kevin and Robert angry at Lori and Daymond for scooping a deal out from underneath them and not receiving, to what the three perceive, enough information. Robert, Kevin and Mark all walk off the set, distraught and not wanting to insult Lori. The episode closes with an excellent shot of Lori and Daymond sitting alone in their two chairs of the group of five.

Scholly Now In 2022 – The After Shark Tank Update

The deal with Lori and Daymond closed after the segment aired. They were also featured by Forbes Magazine on several occasions. Not only that, but their social media pages grew quickly as well after their Shark Tank appearance. By 2016, they had garnered more than 14,000 likes on their Facebook page.

By 2021, the app had raised more than $100 million in funds for students, making it the world’s number one scholarship app. They also partnered up with Bryce Thompson, a 25-year-old entrepreneur, investor, and former Morehouse College student. Together, they gave away $100,000 in Financial Freedom Scholarships to ten lucky students.

Fast forward to 2022 and the app now has more than 4 million users. Gray also revealed that they plan on adding a student debt payoff service by the end of the year.

On the iOS App Store, it currently has a 3.7-star rating out of 6,000 reviews. While some users have found the app to be helpful, others are less than satisfied with it. One common complaint from students is that you have to pay in order to find scholarships with the app, which kind of defeats the purpose seeing as how they don’t have a lot of money, to begin with. Not only that, but several people have also experienced payment issues where you’ll automatically be billed even if you’ve already canceled your subscription.

On Google Play, the app seems to be doing slightly better; it currently has a 4.2-star rating out of 3,100 reviews. However, many users have also run into issues. For example, one person stated that the app won’t let them use the premium features despite them having signed up for an annual subscription. Others are left wondering where there aren’t any filters or search bars on the app.

Still, many people are using the app all over the world. As of 2022, the company is valued at approximately $5 million, which is nearly double what they were worth when it first appeared on Shark Tank.