The Frozen Farmer 2022 Update – What Happened After Shark Tank 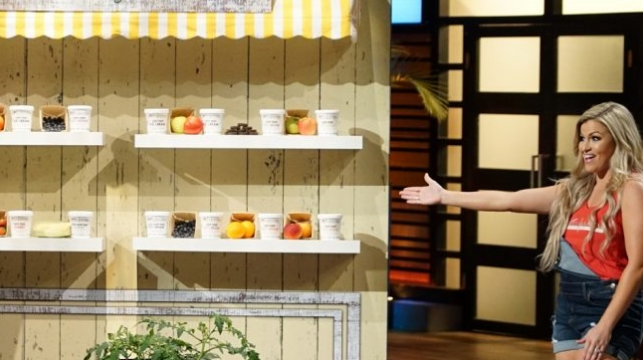 The Frozen Farmer Before Shark Tank

Katey Evans and her husband, Kevin, founded The Frozen Farmer in 2015. Proud farmers, the two decided to create ice cream as a way to reduce food waste on their third-generation family farm.

According to an interview, they had come up with the idea while sitting at the supper table with Katey’s parents one weekend. They were talking about how they were losing profits on their misfit fruit—ones they weren’t able to sell to grocery stores due to cosmetic reasons—when they realized that they could use it to make ice cream.

In fact, Katey’s mom, Jo Ellen, had been making homemade ice cream for over half a decade. She was even known as ‘the ice cream lady’ locally.

And so, The Frozen Farmer was born. Not only would it reduce food waste, but it’d also allow Mama Jo to follow her passion for making ice cream.

Wanting to expand the business, they decided to try their luck with Shark Tank in 2019. Driving down to New York City, they attended an open casting call where they stood in line for over five hours with 600 other entrepreneurs. A month later, they were told that they’d made it through the first round of casting.

They were then given 72 hours to create a ten-minute video about their company. After sending that over, they were asked to submit a financial update. And by August, they were given a date to fly out to California to make their pitch on their show.

The Frozen Farmer On Shark Tank

Dressed in an ostentatious pageant gown, Katey proudly walks into the tank with a smile on her face. As soon as she’s inside, she greets the sharks and lets them know that she’s seeking $125,000 for a 20% stake in her company, The Frozen Farmer.

Taking off her dress and tiara, she picks up a strawberry that while bruised, is still ‘nutritious and delicious’. She goes on to emphasize that one in five fruits and veggies never leave the field, which results in tons of food waste. With that, she opens up The Frozen Farmer display. 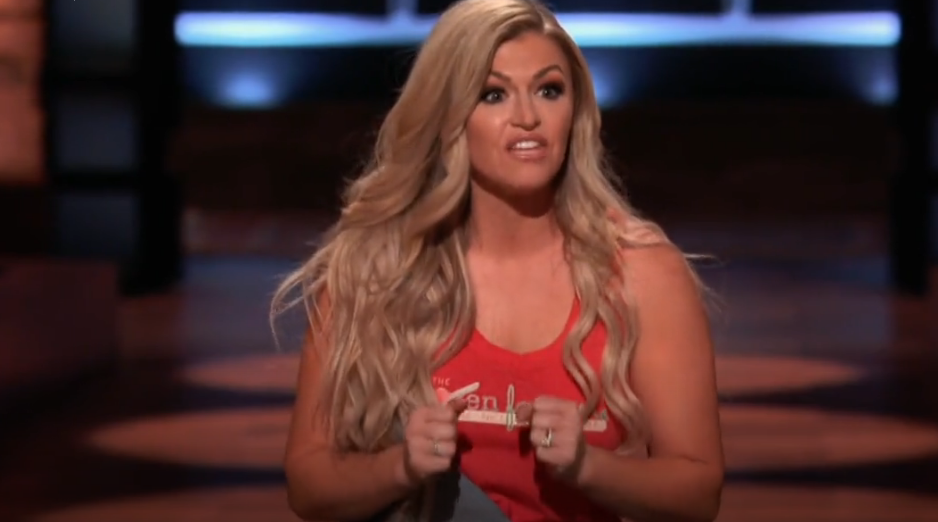 She explains that they make a full line of premium ice cream, sorbet, and ‘nice cream’, which is part ice cream and part sorbet, from misfit fruits and veggies.

As she finishes up her pitch, the sharks turn their attention to the samples placed in front of them. Right away, Lori is impressed with the taste, as is Barbara, who states that the sorbet ‘ tastes just like a honeydew melon.’ Katey nods and states that that’s basically the only ingredient—just the fruit and a little bit of sugar.

Lori then asks to see their packaging, which Katey is more than happy to provide. She walks over to the display, grabs one of the tubs and hands it to Lori, emphasizing that there’s only 50 calories per serving for the honeydew flavor.

Barbara goes on to ask where they sell their products. Katey explains that they’re sold at 70 grocery store chains, including Giant Foods, which they also provide produce for. Asked when the business was operable, she tells them that they started The Frozen Farmer in 2015 and that they even went to ‘ice cream university’ in New Jersey. Continuing, she says that they already did $310,000 in sales in 2019 and that the cost for a single container is $1.75.

Lori asks about the price of the product, to which she replies they sell it wholesale for $3.30 and that they retail between $4.99 to $5.99. She also lets them know that only 15% of their sales are through the grocery stores—that the rest of their sales are wholesale and done on the farm.

Asked whether or not they use a commercial kitchen, Katey states that they make everything by hand in-house and that that’s actually why she’s here as they’re having difficulty keeping up with the pace.

She spends the next few minutes talking about her backstory, that she had married into a farm and that her father-in-law had died in the line of duty as a volunteer firefighter. Holding back tears, she proudly tells them that they’ve managed to expand their farm from 65 acres to 2,000 acres since then.

While Barbara believes it’s a phenomenal product, she isn’t sure that Katey has the judgment to build a national company and for that reason, she drops out. Mark goes on to emphasize that the ice cream business is hard, that it’d be difficult for them to get the refrigerated space from grocery stores. Katey defends by saying that the grocery stores are actually the ones who are asking for their products.

Mark states that that’s only happening because the groceries in the area know her and the farm—that things would be difficult once they start selling their product in other states.

Daymond is also hesitant to make an offer as it’s difficult to ship and deal with refrigerated goods. Wishing her the best of luck, he also drops out.

Mark also pulls out, stating that it’d be difficult for her to scale the company to a national level.

Everyone’s attention then turns to Lori, who states that it was the best ice cream that she’s ever had and that she’s not usually an ice cream person. However, she also questions the packaging. Despite that, she does give Katey an offer—$125,000 for 30% of the company.

After a moment of contemplation, Katey accepts the offer. Lori walks up to give her congratulations and she even gets to wear her tiara for a bit, which is later passed on to Mr. Wonderful.

Katey then leaves the tank after thanking her and the rest of the sharks.

Following the episode, they had ramped up production in anticipation of increased sales. Due to the COVID-19 pandemic, however, they were unable to get the ice cream from their warehouse to the grocery stores. As a result, they found themselves with tons of inventory.

In response, they launched an online ordering system through their website, which allowed them to sell their products across the country. It also allowed them to deliver their ice cream directly to their customers’ doorsteps.

The farm also helped the local community by providing everyday necessities through their drive-through window. Not only that, but they also donated pints of ice cream and sorbet to local hospital workers, police stations, and fire departments.

Not long afterward, they landed a deal with Walmart, which agreed to sell their products in over 4,300 locations nationwide. They also managed to get their products in at Kroger, Giant, Stop & Shop, Giant, City Market, and Baker’s. They’ve changed the name of their ‘Nice Cream’ as well (the ice cream and sorbet hybrid) to ‘Frobert’.

As of 2022, The Frozen Farmer is in over 8,000 stores across the U.S. including Giant Foods, Stop N Shop, and every Kroger location nationwide. Their sales have also skyrocketed since their appearance on Shark Tank. According to the company update, which was included in season 12, they’ve since done nearly $1 million in sales with $15 million in committed purchase orders. They’ve also started collaborating with a co-packer in Maryland to scale the business.

In a short video clip, Lori also stated that she’s super proud of her and that she’s ‘super excited for [their] future].

At one point, they also offered vanilla, chocolate, cake batter, butter pecan, and cookies and cream, though they no longer seem to be available.

For those who are interested in making an online order, all products are priced at $9.99. There’s also a flat rate shipping of $29.99 so it’ll be the same price whether you order one pint or a hundred pints.

You can also follow the company on social media for the latest news, announcements, and promos. They post regularly on Instagram (@thefrozenfarmer) where they have over 8,000 followers.