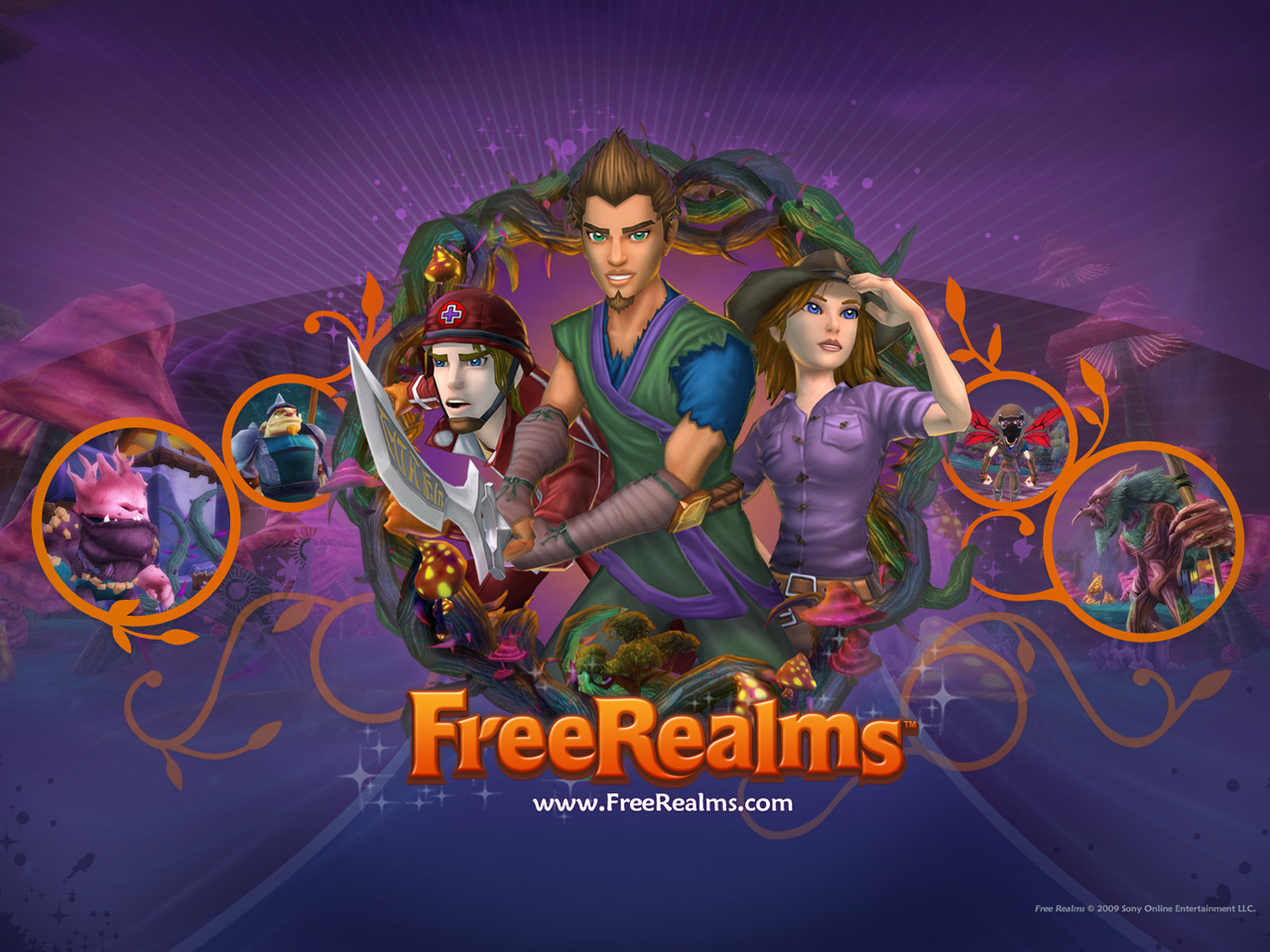 What happened to Free Realms?

Free Realms was a fantasy-based MMORPG that was fairly popular a few years ago. The game was developed by Sony, and you could play it on Windows, Mac, and PS3. In Free Realms, you created your own character, who went on to carry out all sorts of adventures around Sacred Grove, the in-game world. The game had a lot of variety, in terms of mini-games, combat, and quests. Not only that, but Free Realms was heavily moderated to ensure a more family-friendly overall experience. It had all of the elements of a successful game, but what happened?

Simply put, the game wasn’t able to keep up with competition. Although popularity of the game steadily increased over time, it wasn’t popular enough to be worth all of the servers that it took up. In 2014, the game was closed completely. Although Free Realms probably could have been successful, the kid-friendly MMORPG genre is a crowded one. You have to work really hard to separate yourself from the crowd, and Free Realms just wasn’t different enough. Are you looking for a game similar to Free Realms? In this article, I’ll talk about a few good games that I think offer an experience similar to Free Realms. Without further ado, let’s get right into it.

I don’t think that I could possibly write something about kid-friendly games without at least mentioning Club Penguin. To this day, I think that Club Penguin is by far the most popular family-geared multiplayer game out there. In Club Penguin, you create a penguin and waddle around an island, playing mini-games and completing missions to earn coins. These coins can be spent towards clothes, decking out your igloo, or purchasing pets. The game also allows users to chat, and the whole experience is very strictly moderated. It’s probably one of the safer games on this list for children. Like Free Realms, this game never really has a shortage of things to do. There are so many different kinds of mini-games and missions that you never really get bored. 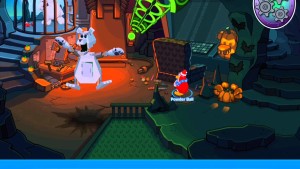 However, at the end of the day, Club Penguin is just a little too fundamentally different from Free Realms. (In an article about games like Free Realms, it’s hard to justify placing it much higher than this.) There are little to no RPG elements in this game. You can’t fight, you can’t level up, you can’t grab missions from glowing NPCs. It plays more like a social-focused multiplayer game than like an actual MMORPG. So, even though this is one of the better games on this list, I feel like it lacks a lot of what makes Free Realms what it actually is. However, it’s an excellent game, and if you’re looking for a game that sacrifices a little bit of gameplay for more of a social experience, then this is probably the perfect game for you. Also, if you’re looking for a game similar to Club Penguin, I’ve written an article on some of the best games like Club Penguin that you’re free to check out if you would like.

2018 Update: It looks like Disney is actually cancelling Club Penguin! It will only be around for a few more months!

Animal Jam is interesting, because it feels a lot like a combination between Club Penguin and Free Realms. The game shares a lot in common with Club Penguin. Players create an animal character, and they run around an island in search of mini-games and different missions. Your primary goal is to earn currency to purchase clothes and furniture. (A bonus? Since Animal Jam was partially developed by National Geographic, that means that a lot of the missions are more educational in nature. It’s always fun to play and learn at the same time.) However, Animal Jam puts a slight spin on the standard kid multiplayer format and mixed in a few RPG elements into their game. 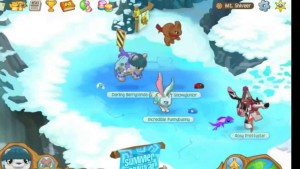 Some of the missions involve entering combat and defeating certain enemies, in a classic action-RPG style way. However, I think that some of the RPG elements are a bit too oversimplified. Animal Jam is primarily geared towards tweens and young teens, whereas I think Free Realms was more geared toward teens and older. Obviously, that means that Free Realms is able to be a little more complex. If you’re accustomed to the gameplay of Free Realms, you may feel like this game feels a bit overly watered down. I think that that’s a fair criticism, and it’s why I’ve chosen to place the game so low on this list. Animal Jam may have the same kind of general look and feel of Free Realms, but I feel like it’s just a bit too shallow. The next game on this list, however, is one of the deeper MMORPGs I think I’ve ever seen. (However, if you’re interested in the general idea of Animal Jam, check out this other thing that I wrote on the top five best games like Animal Jam!)

Puzzle Pirates has been around for a long while, and I think that it’s more than earned its reputation as a quality MMORPG. It offers more depth than I think I’ve ever seen in a free-to-play, kid-friendly arena. In Puzzle Pirates, you create a pirate, and you’re able to do all different sorts of things to make a name for yourself. This can include things like pillaging as part of a crew, playing poker in a tavern, or running your own business. It’s a really complex game, but it’s presented in such a way that makes it easy for younger kids to understand. Not to mention, this game is moderated in a really smart way to ensure that everything is as safe and approachable as possible for younger players. Like Free Realms, this game has a lot to offer, and it’s hard to really get bored with what they have. 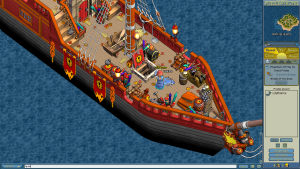 Although the majority of the mini-games in Puzzle Pirates are puzzle-based (as you could probably infer from the name) there are actually a few RPG-like progression systems in place. You’re able to upgrade your gear to give you an edge in certain puzzle, and you’re also able to gain experience points to upgrade your rank in certain puzzles. As surprising as it may seem, there’s a lot of grinding to be done in this game. However, it kind of worries me that I see a lot of late Free Realms in Puzzle Pirates right now. The game just isn’t as popular as it used to be. Servers have been merged and the game is still nowhere near as populated as it used to be. It’s sort of starting to die out, and if you’re looking for a game that’s busy all the time, this may not be the one for you. However, I really hope that Puzzle Pirates sees a resurgence at some point. It’s an excellent game, and it would be a shame for it to go the way of Free Realms. I implore you to give this game a try. It’s probably my personal favorite game on this list. 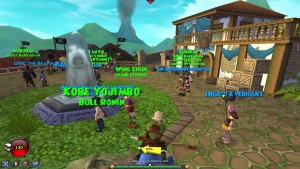 I mentioned earlier that the primary reason behind Free Realms’s downfall was that it wasn’t able to compete with other similar, more popular games. Wizard101 was one of those games. It became popular at around the same as Free Realms, and it offered a very similar experience that resulted in sort of split fan bases. In Wizard101, you create a player who acts as a young wizard and carries out all kinds of different fantasy-related adventures. The colorful art style and whimsical writing makes the games look and feel really similar. Like Free Realms, this game places combat at the forefront of its gameplay. Most combat takes place in the form of turn-based strategy. This may be off-putting if you liked the more action-based combat of Free Realms, but I think that that Wizard101’s combat is much more thrilling than it may initially look. The game appears to be much more childish than it actually is — it’s a deceptively addicting world to lose yourself in.

As far as popularity goes, Wizard101 is sort of in the middle. It’s nowhere near as popular as it was at its peak, but it is still sustaining a decent amount of popularity. In my opinion, this is one of those games that does everything pretty well, but it doesn’t do anything fantastically. It’s probably the safest choice as a Free Realms alternative, but I think that the next game on this list does a much better job at taking the original feel of Free Realms and refining it into something a little more mature, and a little more comprehensive. I wrote another article on some of the best games like Wizard101, so if you like the sound of a more strategy-based RPG, I think it’s probably worth you taking a look at.

Finally, we get to the top. Runescape, in my opinion, is one of the best free-to-play MMORPGs that has ever existed. It has everything that you would ever really want from an MMORPG. The gameplay is easy to learn to difficult to master. The writing never takes itself too seriously. The fan base is as active as it has ever been, and it continues to grow. An active development team ensures that the game is regularly updated. You’re able to get a lot out of the game without having putting any money into it. It’s a fantastically well-rounded game, and it sets itself apart from games like Wizard101 by not just being okay at everything, but by being great at everything. I think it’s set the bar for free-to-play MMORPGs, and it just so happens that that high bar has resulted in the downfall of games like Free Realms. 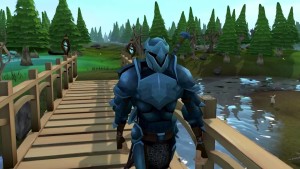 Now, this game is a bit more complicated than Free Realms. Whereas Free Realms feels more like a light RPG, Runescape is a full on RPG. It’s all about leveling, grinding, completing quests, crafting gear, and so on. It’s much more approachable than it sounds, though. Graphical updates of Runescape have given the game a certain colorful charm, which I think is a nice change of pace from the much more visually dark MMORPGs that seem to characterize the “big boy” RPG genre. If you liked a certain aspect of Free Realms, I can almost guarantee that Runescape sets up and executes that aspect in a superior way. If you’re looking for a game to fill that Free Realms-shaped void in your heart, I think that this game is the perfect choice.

In my opinion, those are the top five best games like Free Realms that you can play in 2018. Did I happen to forget about one of your favorite kid-friendly MMORPGs? Do you disagree with some of my choices? Feel free to drop into the comment section below and tell me about it.