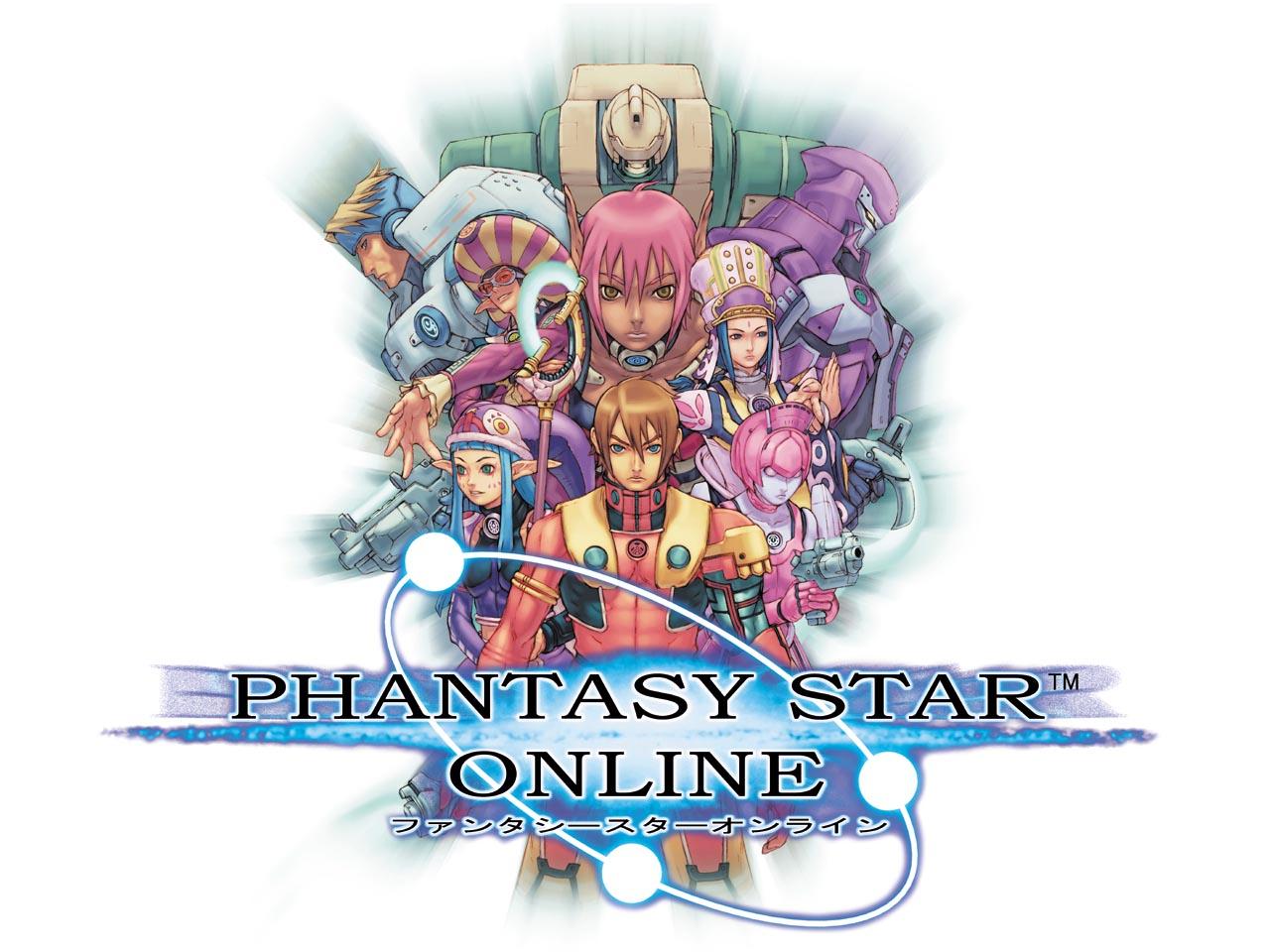 Phantasy Star Online was released on December 21 of 2000 in Japan, and then in January 29 and February 23 of 2001 in both North America and Europe, respectively. Phantasy Star Online was released for the Sega Dreamcast originally, and was a combined effort of the Sega sub-studio Sonic Team (responsible, of course, for most of the main Sonic the Hedgehog games) and Sega itself. Sonic Team worked on most of the game’s story and modeling, while Sega handled the technical aspect of the game. Of course, the most important thing to note is that the Dreamcast was the first real console capable of allowing players to connect and play online together.

Phantasy Star Online was the first true real online consolegame. Connecting through the Dreamcast and requiring a purchased account paid for monthly, called a “Hunter’s License,” players could connect to Sega’s official servers and enter any one of a variety of “ships.” Servers were called “ships” and hosted all over the world, allowing for North American players to play with Japanese players. Of course, there would be some latency, but this was ultimately the first time this could happen in real-time. Players were able to connect, communicate, trade, and hunt monsters together in real time for the first time. Phantasy Star Online required an ethernet cable in order to connect via the Dreamcast console, a valid internet connection of at least 56 kilobytes per second, and the afore-mentioned Hunter’s License properly set up.

Phantasy Star Online itself is a very simple game – players make one of 12 characters (which are furtherbroken down into 3 classes, “Hunter,” “Ranger,” and “Force”) which can then have their proportions customized and outfits changed. For the year, 2000, such customization was unheard of and the graphics were outstanding – they didn’t look realistic, but the Sega Dreamcast graphics had definitely lost that edge that had been prevalent in some of the earlier console hardware releases. Players then log into a lobby where they can talk with other players using an on-screen keyboard, a keyboard addon (which was plugged into a second controller slot of the Dreamcast), using a series of symbols arranged into a picture called “Symbol Chat,” or an automatic text speaking system. The text system would allow for structured sentences to be made, essentially allowing for players to ask “Do you have any healing items?” which would then be translated to the native language of the game, allowing for Japanese players to communicate with English players.

Phantasy Star Online is a simple game based around leveling up a character (to a maximum of 200 levels), hunting monsters for rare items, and maintaining a community. Players pick a character, which either specialize respectively in melee weapons, ranged weapons, or magical abilities called “techniques,” and then hunt through a variety of areas in order to get to the final boss. The gameplay is extremely simple and charming, and the game has a somewhat cyberpunk theme mixed with the beauty of the nature of the planet that most of the monster hunting takes place on, Planet Ragol.

Since its initial release in 2001, Phantasy Star Online has been re-released numerous times. The original game was considered “Version 1,” and only had the first episode of content which featured four areas; Version 2 was released on June 7, 2001 in Japan, September 24, 2001 in North America, and March 1, 2002 in Europe. The release dates would begin to stagger more and more after this, to the point of certain games not being released at all in certain areas. In addition to the Version 1 and 2 editions (Version 2 again contained 4 more areas), the game would be repackaged and released for the Nintendo GameCube, the Microsoft Xbox, and for Microsoft Windows. All of these methods required some version of the afore-mentioned Hunter’s License, which ranged in price from around $6.99 to $9.99 depending on the version of the game you were paying for.

The Nintendo GameCube was hailed by far as the best version and the best way to experience the game, but required a peripheral for the console that was only ever made use of by one other game, which was Mario Kart Double Dash!! The Nintendo GameCube version is still active to this day through the use of some clever manipulation, which redirects the connection of the GameCube to the servers that the user wants to play on. The GameCube had all the afore-mentioned communication features, as well. The Nintendo GameCube actually had three versions come out – Episodes 1 and 2, version 1.0, Episodes 1 and 2, version 1.1, and Episodes 1 and 2 Plus. Each version had subsequent changes and fixes. Only version 1.0 was released in Japan. North America received Phantasy Star Online for the first time in November 2002 for the GameCube, while Europe did not receive the game until March of 2003 (by mid 2002, the Sega Dreamcast was all but dead and out of production, making attaining new players impossible.)

The Microsoft Xbox version was released in 2003 for Japan, North America, and Europe, and was promptly ignored due to the unfamiliarity of the product, and the requirement of not just the Hunter’s License but an Xbox Live connection. However, this was the version I played and where my own personal familiarity with the series began. The Xbox version featured voice support, which was exclusive to this version of the game. However, the voice support was terrible – from speaking to the other party receiving your words, about 10 to 15 seconds elapsed, making communication nearly impossible.

Unfortunately, as suddenly and meteoric as Phantasy Star Online’s rise was, it fell just as quickly. The GameCube version lasted only for six years, with the servers shutting down on April 1, 2007. The Xbox servers shut down on April 22, 2008, after nearly years of being ignored by Sonic Team. Phantasy Star Online: Blue Burst, the game’s final version, was terminated and shutdown on January 9, 2008. No game lasted online for a period longer than 7 years.

Is this an excellent opportunity for Sega and Sonic Team to learn? Yes, absolutely. With my knowledge of business and some college experience behind me, I think Sega and Sonic Team acted very hasty. Some research shows that the servers were shut down due to a lack of making any money and being plagued with persistent billing issues. However, while Sega unfortunately had an amazing product that they could have sat on for years, they were ultimately plagued by their own incompetence and were forced to pull the plug on what could have been an amazing venture opportunity. Much to the dismay of its fans, Phantasy Star Online died a very quiet death on the day the plug was finally pulled – the Xbox servers were shut down officially on April 22, 2008, and the Blue Burst version was shut down on March 31, 2008 after two months of free play.

Phantasy Star Online still very much lives on today, not just as an intellectual property, but the original game is still played heavily. Phantasy Star Online 2 was released by Sega for Japan in July of 2012, and shifted the game into a new direction. Of course, not all the players were happy with the release, as Sega promised that the game would come to the West (meaning Europe and the United States – non-Japanese players would get to play it) and even made a website announcing the release of the game. However, the game was never officially released, and Sega continued to avoid any questions about the status of bringing the game over to the United States or even translating it out of Japanese. The game is playable by non-Japanese audiences, but requires some certain hurdles to be jumped over in order to attain some degree of playability.

The base form of the game still lives on in the wide variety of private servers – private servers are backwards-engineered servers that look for what the server needs to exist, rather than creating a server and basing the client off the server. Many, many private servers exist today, most of which are aimed at recreating the original experience that Sega had made with the original game’s launch. These are all extremely popular, and thousands of people are still playing the game more than 16 years after its launch. The servers are played on not only the computer, but also the Nintendo GameCube, Microsoft Xbox, and even Sega Dreamcast. Phantasy Star Online fans are some of the most hardcore fans, but the game has a definite place in history as being the first to connect thousands of gamers all over the world together.