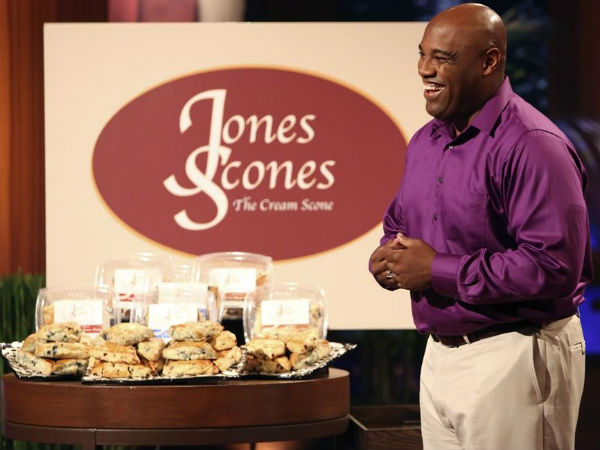 J. Jones is from Denver, Colorado, and is the owner of Jones Scones. Jones is asking for an investment of $100,000 in exchange for 25% of his company. However, Jones would like to start with a simple story of why Jones Scones are awesome and they are quality – they’re just like the scones you find from England, not like the frozen ones you might find in some coffee chains in the United States. Jones started making scones for two reasons – England, which he loves, and women, who love the scones he makes. When Jones lived in England, he attended school and a few other personal pursuits as well, but he fell in love with his local bakery who excelled in producing scones.

When Jones came home to attend law school in D.C., he could not find a scone that tasted like the ones from England, so his momma taught him how to bake, and he eventually started to make his own scones. He would bake the scones and the scones definitely helped out when he was dating, and eventually he found that there might be an interest in the business, so Jones eventually dove in head first with absolutely no capital. Jones discovered that scones were in his genes, and to prove this, he brought scones for the Sharks to try. For Robert, he passes out a blueberry scone, a chocolate scone for Lori, a blueberry for Kevin and Mark, and another chocolate one for Daymond. 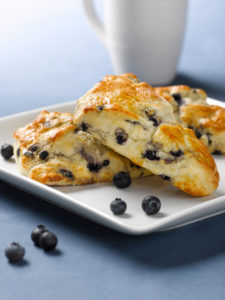 Robert is the first to point out that the scone is very dry, but Jones explains that the scones take some time to find moisture in the air and that the scone being dry is actually quite unusual. Lori admits that she finds that scones are on the drier side, as they are not like muffins but more like a biscuit in that they are dough-y and fluffy. Scones are typically a breakfast food, Robert clarifies from Lori. Robert then asks about the sales of the scones, and Jones explains that they are selling $5,000 worth of scones per month. Lori then asks why Jones Scones are better than the other scones out there.

Jones feels that his scones are better due to the style of cream contained within the scone, which was a technique from the bakery where he fell in love with the scones in England. The second is that the scones are natural, so Jones Scones has found a home in Whole Foods supermarkets. So far, Jones Scones has been brought to six different Whole Foods stores in the Denver and Rocky Mountain region of Utah. At one point, Jones Scones was in a variety of different locations for Whole Foods and was selling upwards of $113,000 of scones in a month and ended up selling a half million scones in the course of a year. All of the Sharks are scared and ask if there is a bad story, but Jones feels that there is no bad story since he is here in the Shark Tank.

Jones Scones expanded and went from Denver out to California, where they picked a new manufacturer and this turned out to be a terrible mistake. Jones was not able to oversee the production and the quality took a huge drop off and he was not able to fix it with the capital that they had, so they had to pull back and the sales dropped from $75,000 per month all the way down to where they are now. Jones admits that this is his fault and he should have been out there in order to watch the product and run the operation, and he should have been talking to people like the Sharks. If he had found an investment, he would have had the capital to hold the grounds that the company was founded upon. 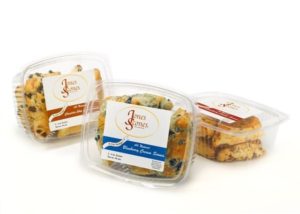 Fortunately, the same stores that Jones Scones was removed from are also willing to offer a second chance to the company. All of Denver and some of California will take back the Jones Scones products. Lori then asks how long Jones Scones has been in the Whole Foods market, which Jones reveals has been a whopping 7 years. Jones Scones went from selling $37,000 worth of Scones to selling $60.5 thousand to $113 thousand, all within a few short years of the product lifespan. Robert, however, admits he is not a big scone guy, but when he walks into Whole Foods, he will see multiple manufacturers of scones. However, none of the manufacturers have done scones to the level of Jones Scones, as Jones has a brand behind the scones – there is a face behind the product that allows for some level of attachment.

Robert then clarifies – there is a fragmented market where Jones Scones is attempting to become the absolute brand of it. However, Daymond feels that with such high sales over a long period of time for Jones Scones, $100,000 of investment will not do a lot for the company, so he asks what the investment will be used for that will be so critical for Jones Scones survivals. Jones starts by saying that with the money, they will invest in finding food brokers which will enable their sales force to expand, as the biggest cost that they have is feeding people the scones. Unfortunately, Daymond likes Jones but not the idea of investing in Jones Scones, so Daymond is the first Shark out of the deal.

Jones starts by saying that the company looked at how many scones each Whole Foods sells, which comes out to be about 368 scones per month, or about 12 cases a month; this means that they will have about a quarter of a million dollars in sales. However, Robert sees a different reality – they have been in business for near to 10 years, and in the past 3 years, the sales have continued to decline. Robert asks what Jones will see in his company when he wakes up tomorrow that will magically save the company; Jones sees a better, bigger team. The team is what is important, as Jones needs a guy who can guide him to what he needs to do next. However, Mark disagrees and finds this to be “bullcrap;” it means that Jones is not in charge of his own destiny. Robert agrees with Mark 100%, as Jones is looking for answers in people outside of himself. 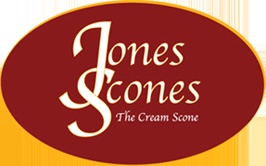 Robert continues on, saying that the thing he hates the most is when people tell him that an answer to one of his problems lies within a consultant. Jones, however, feels that he is not looking for a consultant, but Robert and Mark call out Jones on his backtracking. However, Jones feels that he needs someone to rely on, but Lori steps in to explain her point of view. After 10 years in the business and after ending up where Jones is right now, asking the Shark Tank for money, that means there is something wrong with the company. Something went wrong somewhere, but unfortunately for Lori, she loves the scones but in order to invest in a product, she feels that she must be passionate behind it. She does not find herself craving another scone, and so unfortunately, Lori is also out of the deal.

Jones looks to the other Sharks for more questions, and Robert explains that he agrees that nobody wins without a team but as an investor, he has better opportunities than being part of Jones’s team. Robert liked the scone, but as an investor, he is not interested, so he exits the deal as well. Kevin speaks up next and says that as an investor, he does not get emotionally involved – the scones were good and he likes scones, but there is nothing proprietary in making a scone. The only risk is in execution, and it means that Jones failed in that scene since he is now begging for money. However, cutting the sales in half of your sole commodity is never good, and that is why Jones Scones is now desperate for a lifeline. The bottom line is that the pitch is about money to save the company, but as an investor, Kevin just sees no way for him to make back his investment.

Unfortunately, in short order, all of the Sharks except Mark have exited, and J. Jones does not find an investment in Jones Scones. Jones then exits the Shark Tank, which leaves Mark and the other Sharks laughing since Mark never officially exited the deal.

Jones Scones Now in 2018- The After Shark Tank Update

Jones Scones appears to have gotten itself off of life support, as there is now a mention of a Starbucks and Whole Foods initiative on the Jones Scones website. J. Jones himself is offering a prize of $50,000 for whoever can get Jones Scones into Starbucks, claiming that the CEO of both Whole Foods and Starbucks have tried the scones and loved them. Jones is offering a deal of 5% of the sales of Jones Scones in Starbucks, capped out at $50,000, which is a terrible and petty offer since Jones is begging for someone else to do the legwork for him to bring his product to a store that will sell thousands of units per day.

You can purchase a 4-pack of Jones Scones yourself from the web store for $9.99, which does not include shipping. The four types of scones available include a blueberry cream scone, a chocolate chip cream scone, and a cranberry cream scone. There is also a deal for a delicious dozen of scones, which is 12 scones divided up into 3 different flavors for the lowered price of $28.99.