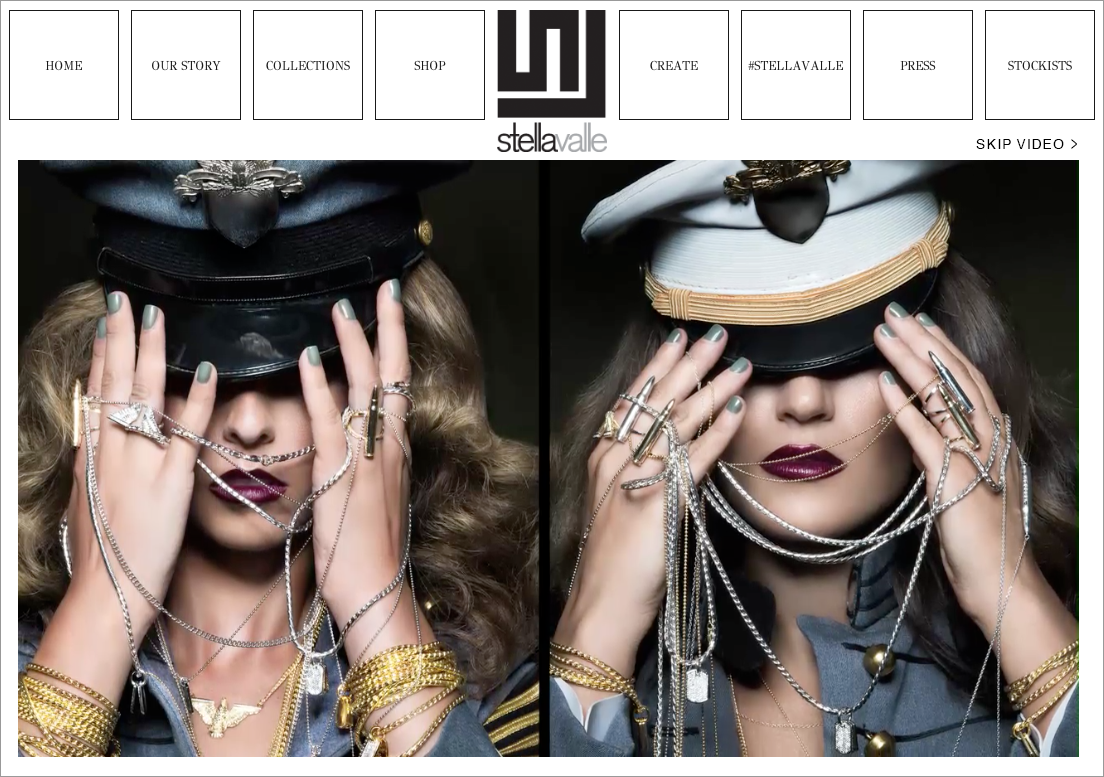 Paige and her sister and business partner, Ashley, have stepped into the Shark Tank. Their company is Stella Valle, and they have come to seek an investment of $150,000 in exchange for 25% of their company. When the two of them were West Point cadets and army officers, they never got used to looking as good as they do right now in the Shark Tank – they really wanted to look like something else, and the two of them strip away their army fatigues to reveal more fashionable wear underneath the fatigues.

The two of them started a jewelry line, unlike any other, to encourage individuality and self-expression. Even though the army fatigues camouflage their creativity, the two of them had a clear vision for their life after the military – it was time to leave behind the life of conformity, and Stella Valle was eventually born. Stella Valle is an accessories line that reflects their innate sense of style, and their unique background – the line was designed to mirror masculine and feminine characteristics. So far, major retailers like Bloomingdale’s have jumped on the line, along with numerous small boutiques. The two sisters have proven that their product is marketable on a small scale, and with the help of the Sharks, can find the capital to grow Stella Valle into a global brand.

All of the Sharks are immediately stunned by the presentation and the women’s appearance; Lori clarifies that the two sisters were indeed officers, which they both confirm. Paige served in Afghanistan for 15 months, while Ashley served on the home front as a Ranger officer. Lori is blooming with pride from the two women, but Mark asks about the start of the company. Ashley and Paige exited the same exact week in the military, and knew that they wanted to be businesswomen and start a company together. The two of them started out small and continued to grow their business by reinvesting every single dollar of profit.

Kevin asks about the profit of the company, which comes out to about $75,000 in a little over year. Last year was their first full year in sales, Paige explains, and they sold about $37,000 in that last year, but this year they are projected to reach $80,000 in sales. They are currently in Bloomingdale’s and Henry Bendel, which are two stores that are very popular in the accessories market. They actually did well in a trunk show, which is where the store asks for a potential vendor to come and set up their wares in a booth and they would ultimately talk to the end customers about how their product works and what their product is. Trunk shows allow for a retailer to gauge potential interest in the company.

Robert then asks if Bloomingdale picked it up right there at the trade show, and Paige explains that the national buyer was so impressed with the product and the sales, she does not doubt the ability for the two women to triple their sales. They then added the women to three more trunk shows, but Robert is confused why the company does not instantly pick up the product and take it worldwide. Lori explains that the company is still testing, but Robert interprets this as meaning that the company is unsure if they should invest in a new product for their shelves. Daymond asks about the prices of the products, and Paige explains that the prices for retailers range anywhere from $50 on the low end to $375 on the high end.

Kevin asks which one of the two sisters are the designers, and Ashley explains that she is actually more of the creative pair but the two of them collaborate on the design by passing things back and forth. Paige then passes out samples to each of the Sharks and explains that she has distributed three collections – their first collection was all “create-your-own,” which means that certain charms can be unscrewed so the customer can create their own. The customer can purchase extra charms to put them. Mark asks about the margins for each item on the spectrum of items, which ranges from a cost of $3 to $45 per piece. The $3 cost items are retailed for $96, which means that the two women are finding huge, unbelievable margins.

Mark asks where the bulk of the sales will come from in the present, such as if a demonstrator had to be present in order to demonstrate the create-your-own line. Paige explains that with the $150,000 they are asking for, they will eventually take the idea of the trunk show and replicate the trunk show over numerous different stores. However, Robert and Daymond are confused by this since Bloomingdale’s could eventually pick up the product (Lori is assured that they will), but Lori is confident that the trunk shows in different other stores would be a great way to get the product in other stores. Lori asks about the necklace she is wearing, which was made for $49 and sells for $365, which is another high-margin item. 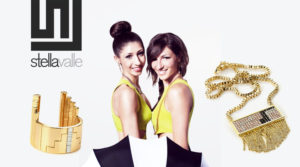 Kevin catches on and explains that the two sisters are in a very expensive, high-cost jewelry market; there are many people who come into the Shark Tank with jewelry and seek to sell jewelry, but the sisters have a different history than the other entrepreneurs. The bad news, however, is that Stella Valle is not worth $600,000, but the sisters believe it is. This valuation is based off what the two have made in the past, which only came out to $75,000 in sales, but Kevin feels this is still quite low. However, Mark steps in and advises the two sisters that sometimes they have to look at somebody who just does not get the idea behind their product and moves on. However, Kevin feels that Stella Valle has not made any money yet, but Paige feels that if they can replicate 10 trunk shows across the United States, they would sell a minimum of $500 a day and generate around $300,000 in a period of 60 days.

However, Kevin cannot get to the $600,000 valuation and would never give up a huge investment of $150,000 at such an early point in the business, so he is the first Shark out of the deal. Mark asks what the plan for scaling is, and Paige feels that the two of them have to get the Stella Valle name out there before people will come in and begin to buy the product rapidly off the shelf. However, Robert feels that one of the hardest things to build in a company is a brand, so unfortunately, Robert is also out of the deal.

Paige says that when the two women attended Bloomingdale’s, the company never knew the history – they loved the designs, but did not know anything about the two sisters yet. Ashley and Paige are both confident that if they can get their story out there, the product will sell itself. However, Daymond loves the story, but he is ultimately stuck – Paige reassures Daymond that the two of them have business management degrees and are ready to do work for them. Daymond jokes that he needs to close his eyes because the two of them are going to convince him regardless of his gut instinct. However, Daymond admits he has to be honest, and he does not find the jewelry attractive, and so, Daymond is out of the deal. 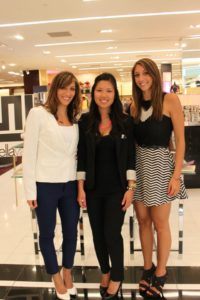 Lori finds the idea very interesting and she finds the story and combination of the product very interesting – people in America love those who have fought for them, and jewelry that is for women, with power, but made by women, would be the way to go. However, she feels that a donation of a certain percentage of proceeds back to the military would be the proper way to do things, and Paige reveals that they created a star pendant for the create-your-own bracelet where they donate a percentage of the proceeds to the Wounded Warrior project. Ashley also mentors a wounded warrior from the project, and Lori reveals that she loves the girls and finds that there is something special.

Lori looks to Mark and reveals that she loves everything about the company, and not just the two girls – but the thing she wants to know most is to find if Mark Cuban will go in the investment with her. Mark looks to Lori’s guidance if she sees it as a QVC product, but Lori finds that the women need stores but QVC would be willing to do some advertising and the two women could create pieces specifically for QVC. Lori proposes the terms of 30%, but Mark admits he wants to go more with more of an investment, and Mark actually also started an organization called the Fallen Patriot fund, as he believes strongly in supporting the military.

So, Mark proposes a split investment of $100,000 from each Shark in exchange for 40% of the company, but Lori feels as though they should stick at $150,000 in exchange for 35% of the company. Mark agrees to that deal, and Kevin urges the two of them to take the deal – Paige admits that the two sisters want no more talking, so the two of them accept the deal with Mark and Lori.

Stella Valle Now in 2018- The After Shark Tank Update

Stella Valle is referred to as “the winner of Shark Tank,” since the two sisters found such an incredible investment with two Sharks. Now, Stella Valle is available in a variety of big box stores, the most noteworthy of which is Target Superstores. Stella Valle has continued to introduce new fashion accessory lines and continued to expand their presence in physical, brick-and-mortar stores. Stella Valle has an online storefront which is complete with reviews as recent as yesterday, and and most of the products appear to have an indicator that a portion of proceeds will be donated back to the United States military in some way – typically through the Wounded Warrior project.