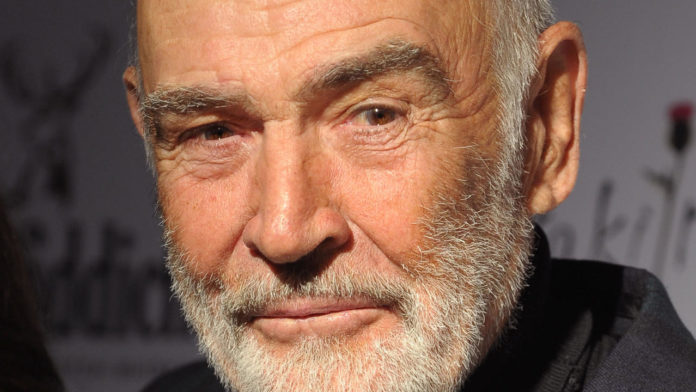 Sean Connery is a retired Scottish actor who is probably best known for his role as Agent 007 in the original James Bond films. Prior to turning his attention towards acting, Connery served in the navy, trained in bodybuilding and was even an avid footballer; he first step foot into the entertainment industry in the 1950’s when he was offered a minor role in a production of South Pacific. Before long, Connery had found himself developing a strong interest in theatre. With encouragement from some of his friends, he eventually made the decision to pursue a career in acting; he landed several minor roles over the next few year. Some of his early projects include Lilacs in Spring (1954), No Road Back (1957), Action of the Tiger (1957) and Time Lock (1957). However despite his screen time, he didn’t get his big break until close to ten years after his debut, when he was cast as the leading protagonist in Dr. No, the first of the James Bond spy films in 1962.

A house-hold name around the world, it’s not surprising that the actor has received an ample amount of awards throughout his six-decade career. Knighted by Queen Elizabeth II in 2000, Sir Sean Connery has won three Golden Globe Awards, two BAFTA Awards, two European Film Awards, two Jupiter Awards, three Laurel Awards as well as an Academy Award amongst numerous others. Besides being a multi-award winner, the actor has also garnered over twenty five nominations for his achievements in the industry, including three for the Golden globe (not counting the ones which he later won) and one for the Satellite Award. One of the most celebrated actors hailing from Scotland, Connery was honoured with a Lifetime Achievement Award by the American Film Institude in 2008ーan event which also confirmed his retirement as an actor. In 1989, he was named the “Sexiest Man Alive” by People Magazine; Connery was also voted by readers to be the “Sexiest Man of the Century” in 1999.

When Connery wasn’t dazzling audience members on screen with his acting, he was involved with other television projects such as documentaries and talk shows. He took part in his first variety show in 1962 when he appeared as a panellist in Juke Box Jury. During the early leg of his career, the actor also starred The Guns of James Bond (1964), The Sun…the Sand…the Hill (1965), Flashes Festival (1965), The Castles of Scotland (1967) and Call It Magic (1975) to name a few. More recently in 2012, the veteran was also involved with Close Up, a documentary centred around silent short films.

So what has the Academy Award-winning actor been up to since his retirement at the beginning of the 2000’s? Has he been working on anything despite his retired status? What happened to Sean Connery? Where is he now in 2018? 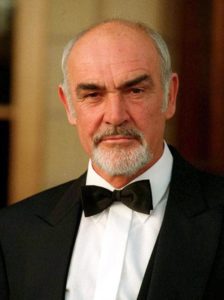 Born on August 25, 1930, in Fountainbridge, Edinburgh, Thomas Sean Connery is the son of Joseph and Euphemia McBain Connery, a factory worker and cleaning maid respectively. Named after his grandfather, Connery has a younger brother named Neil (who was born when he was eight years old) and is of Scottish descent. Growing up, he spent a lot of time engaging in activities such as soccer in his Fountainbridge neighbourhood; known for his tall stature even as a child, Connery was given the nickname “Big Tam” due to his height. A student at Tollcross elementary school during the 30’s, he was exceptional at math. Besides being a model school-goer, the young Connery also loved to readーespecially comic books.

Although he was gifted in academics, Connery eventually left school when he was thirteen, to work full-time as a milkman. After assuming the position for a few years, he later quit to join the Royal Navy; it was then that he received two tattoosーone that reads “Mum and Dad” and another that reads “Scotland Forever” on his arm. However despite having registered or a seven year sting, Connery found himself released prematurely from service after only three years, due to ulcers in his stomach. Returning home, he took up a variety of odd jobs to make ends meet, including working as a model at the Edinburg Art School. It wasn’t long until Connery began to participate in local weight lighting clubs, for which he had undergone body-building training for; he was eventually nominated as “Mr. Universe” in 1950.

As fate would have it, also present at the competition was a local casting director. Having struck a cord with the director, Connery was later invited to join the cast of the musical production, South Pacific. After a single rehearsal for the show, the former body-builder was sold on acting as a career; he subsequently chose “Sean Connery” to be his stage name, as it had reminded him of Shane, his favourite movie hero. 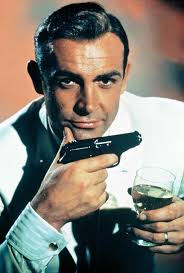 Having made his mind up on what he’d wanted to do with his life, Connery began appearing in a variety of television series during the late 1950’s including No Road Back (1957), Action of the Tiger (1957), Another Time Another Place (1958), A Night to Remember (1958) and Darby O’Gill and the Little People (1959). Carrying on into the 1960’s, the aspiring actor eventually found himself playing the lead role in an adaptation of Shakespeare’s popular, Macbeth in 1961.

After having played a string of minor characters since his debut, his luck later changed as he was offered the part of Agent 007 in the 1962 spy movie, Dr. Noーthe first of the James Bond film series. Adapted from a novel of the same title by author Ian Fleming, the British film centred around protagonist James Bond (played by Connery), as he is sent to Jamaica to investigate on the disappearance of another British agent; in doing so, he ultimately finds himself stepping into the base of movie antagonist, Dr. No. Although Dr. No was produced on a budget of a little over $1 million, it was a commercial hit at the box office and quickly became one of the most popular films to have graced the big screens at the time. Having grossed over $840,000 in the UK alone in two weeks, the successful movie would later go on to spawn over twenty spinoffsーwith Connery reprising his role as 007 in the subsequent four films.

Over the next years the actor, who has now cemented his place in the industry, continued to appear in multiple films including Marnie (1964), A Fine Madness (1966), You Only Live Twice (1967), The Anderson Tapes (1971) and The Offence (1973). In 1975, Connery played the role of Daniel Dravot, the lead character of the 1975 Technicolor film, The Man Who Would Be King. Directed by John Huston, it told the story of two former non-commissioned officers, who eventually became the kings of Kafiristan after setting off on an adventure during the late 19th century. Showered with good reviews from critics, The Man Who Would be King received four Academy Award nominations for the categories of “Best Editing”, “Best Costume Design”, “Best Art Direction” and “Best Writing.” 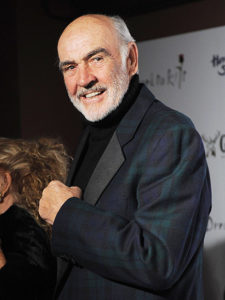 In 1981, Connery received his next big role when he played Marshal William T. O’Niel in the science fiction thriller, Outland. Described by many to be a space Western film, it stars Peter Bole, Frances Sternhagen and the actor in its cast. Set sometime in the future, Outland followed the lives of three men, after they’re stationed at a mining colony located on Jupiter’s moon, in order to get to the bottom of a drug smuggling conspiracy. In spite of its interesting premise however, the thriller was met with mediocre reception, and only slightly went above its budget amount of $16 million with its grossed earnings. Having said that, Connery did receive a Saturn Award nomination for “Best Actor” for his portrayal of the police marshal.

Having risen to fame for his previous film roles, Connery landed another breakthrough in the late 1980’s when he was given the part of Jim Malone, in the American gangster film, The Untouchables. Based on a book of the same name, the movie told the story of government agent, Eliot Ness and how he’d tried to bring down gang leader, Capone, during the Prohibition era in the United States. Released in theatres in June 1987, The Untouchables quickly became the film of the year as it was met with nothing but critical praise. A huge sensation, the movie grossed over $100 million worldwide and was eventually nominated for numerous awards in the following years. For his work on the film, Connery garnered an Academy Award for “Best Support Actor” as well as a Golden Globe Award for “Best Supporting Actor in a Motion Picture”, amongst many several others.

A couple years down the line, the actor starred in the popular adventure film, Indiana Jones and the Last Crusade. The third instalment of the Indiana Jones series, the film revolved around the main protagonist as he sets out to look for his father, who had allegedly been taken by the Nazis. In the movie, Connery played none other than Professor Henry JonesーIndiana’s father. While Harrison Ford reprised his role as Indiana Jones in the film, other members of the cast include Alison Doody, Denholm Elliott, Julian Glover and John Rhys-Davies. Another box office success, it earned over $474 million across the globe. 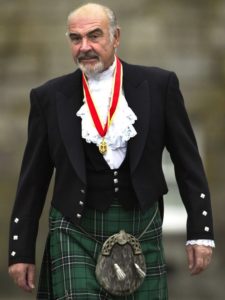 Although Sir Sean Connery has retired from the show business now that he’s in his 80’s, it was revealed that Nick Richmond, a man who shares an uncanny similarity to the star actor, has been spending three decades living as “Sean Connery.” According to the celebrity lookalike, it all started when he first tuned into a program on television called Derek’s Doublesーa show which focused on one of the country’s first lookalike agencies. Realizing his similarities to Connery, Richard almost immediately sent off a few photos and was soon signed on to the company. It didn’t take long for the man to master the art of mimicking the award-winning actor; while it started off slow, his career later picked up speed. Who knew being a celebrity lookalike had such nice perks?

In celebratory news, Connery just celebrated his 86th birthday a couple months ago on August 25, 2016. Having put acting behind him, there’s no doubt that the former actor is enjoying some stress-free days with his wife Micheline Roquebrune, whom he had been married to since the mid 1970’s!

If you’re looking to stay connected with Sir Sean Connery, things may be a little complex as the former star isn’t quite an avid user of social media. While you can visit his official website at seanconnery.com, it doesn’t seem like it has seen an update in many yearsーyour best bet is probably to take a look at his message boards on IMdb!