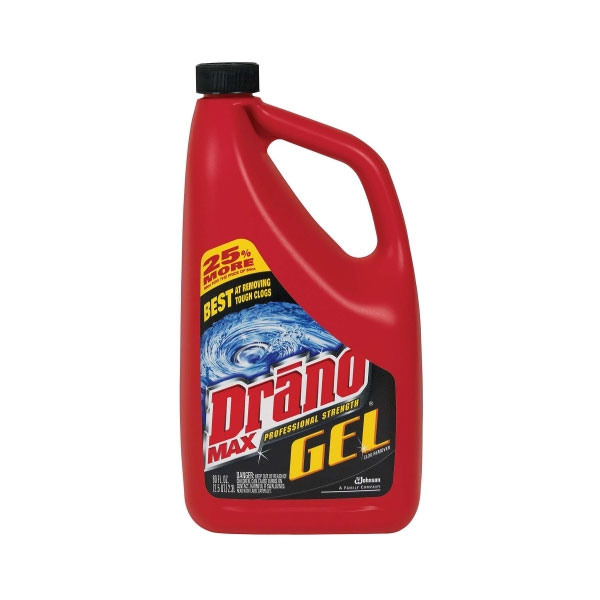 One of the most common household problems is having a clogged drain, and this is incredibly frustrating especially when it impairs you from properly using whatever was choked up. Calling a plumber might take time and fortune, not to mention availability, and unclogging it yourself without any plumbing knowledge may end up in a messy disaster. 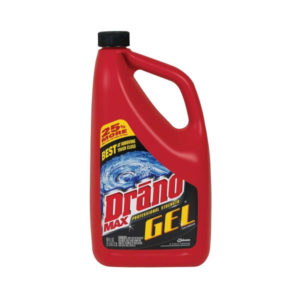 Drano is one of the many chemicals available in the market that works well in destroying clogs and cleaning your pipes. Many people have attested to its efficacy in getting the job done. However, there are some documented risks in using the said cleaner such as damage to ceramics, corrosion to pipes with long term use, risk of burns on the skin, and of course inhalation of unsafe chemicals especially to children.

But fear not, for there are safe and effective natural alternatives to Drano that will help you deal with clogs without having to use potentially hazardous chemicals, and without having to call a plumber in the dead of night. Plus, there are things you can do to stop clogs even before they build up: 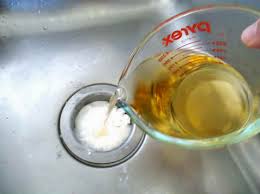 Baking soda is perhaps the most well-known drain cleaner in existence. But, for the uninitiated, baking soda alone won’t do the trick in unclogging your drains as it must be used in conjunction with other materials. Here are some ways to utilize baking soda:

a.) Start by pouring boiling water into the drain (eight cups boiled in a kettle will do), followed by a half cup of baking soda. Let it sit for a couple of minutes. Mix a cup of vinegar and a cup of boiling water and pour it on the baking soda, then plug the drain so the reaction of your mixture will just stay on the pipes and won’t flow out. You can let it work its magic for at least ten minutes and even up to next day for best results. Afterwards, flush it down with the same amount of boiling water you used to start the cleaning. It may take more than just one application of this method to thoroughly unclog the drain.

How does it work? The combination of baking soda and vinegar expands outward like the flow of lava on a volcano, and the pressure this induces pushes down whatever residue that clogged your drain (that’s why plugging the drain after pouring the vinegar and boiling water mix is crucial).

Baking soda plus vinegar is a very efficient combination, but they work separately, hence do not combine the two in a bottle for a quick drain cleaner. It will never work like that, and such an act will result in a rather messy outcome.

b.) Combine a half cup of salt with half a cup of baking soda and pour it down your drain. After a few hours, pour in some boiling water. Baking soda and salt triggers a potent chemical reaction that dissolves all that gunk in the pipe. This combination is best left overnight on the drain for maximum effect.

c.) For clogged toilets, mix two cups of baking soda and one-fourth cup of Epsom salt. Slowly include tablespoons of detergent, up to nine, then place the mixture into a muffin liner. Place it in a muffin tin for proper storage (and so you can make more) and let it dry for up to eight hours, overnight if need be. Remove a mix from its muffin liner and drop it into your toilet, followed by five cups of boiling water. Flush the toilet after four hours.

Also known as sodium hydroxide, caustic soda is a very potent chemical that effectively eliminates clogs. For that purpose, dilute around three cups of the caustic soda in a bucket containing one-fourth gallons of cold water. Use a wooden spoon to stir the chemical, never use any utensil that you intend to use later for eating, and don’t even think of using your hands or it may lead to severe burns. Stop stirring when the chemical is starting to fizz accompanied by a rise in temperature. Pour the chemical into the clogged drain and wait for 30 minutes, again do not touch the surfaces that made contact with the caustic soda mix. After the wait, pour a gallon of boiling water to flush the chemical down the drain. Repeat the process if the clogs are still present.

Who knew that the detergent we use to clean our dishes can also be used to clear away drains? Often believed to be nothing but an urban myth, detergent actually gets the job done but apparently only on clogs that are largely due to grease, like clogged sinks in the kitchen. Pour a half cup of liquid detergent atop the clogged drain (should be plugged first), then followed by a large volume of boiling water. How large? Some people suggest completely filling up the sink. Once everything is set, unplug the sink using a pair of tongs to avoid hurting yourself. Wait until the detergent and boiling water mix empty down the drain, and you’re now left with a clog-free sink. Two or more applications can be done if needed, and this process isn’t that hard as detergent is very easy to come by.

Another household staple that has some drain-cleaning properties. Simply pour a half cup of salt down the clogged drain, then pour in some boiling water. Alternatively you can mix the two in a bottle or cup and it will still work. If clogs are still persistent, use more salt and apply it in a circular motion so the entirety of the drain is affected as much as possible. Salt contains antiseptic and abrasive properties that make it an effectual destroyer of bacteria, grease, and grime while warding off unpleasant odors and the possible growth of mold. It can also be added in other drain-cleaning mixtures like those mentioned above.

If mixtures of chemicals and household ingredients don’t work, then it is time for a more manual approach to the matter. Also known as a drain auger, it is best used along with a plunger to dig out clogs that won’t budge. Some variants of the drain snake can be attached to a power drill for more power, but often come at a staggering cost.

a.) Drain snakes work by pulling out whatever was clogging the drain. You lower the tool into the pipe, and cranking the handle allows the snake to slither deeper into the obstruction. The clog may either come out dangling on the snake or may have to be flushed down with water.

b.) As mentioned earlier, using a plunger allows more clog to come out. Do this first before using the drain snake.

c.) With some stainless steel cable and needle-nose pliers, it is possible to make your own drain snake. Just bend some of the individual cable wires in all directions sprouting out of the center. This ensures that it effectively snags clogs when rotated in the drain. 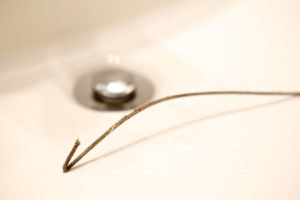 If you are devoid of chemicals, ingredients, and plumbing tools, then this solution is for you. Grab the nearest coat hanger, bend it straight with pliers, and don’t forget to curve one end into a small hook. Now, stick it down the pipe with the curved end first then pull it up, push it down, and fish for whatever is clogging your drain. Once you feel the wire hooked something, pull it out. Repeat said process until you can flush water down with no hassles.

The best way to get rid of clogs in your drain is to avoid having one in the first place. Here are some tips to ensure your drains are free from such problems:

a.) Install a strainer on your drain to prevent garbage and other small objects from entering and possibly building up into a clog.

b.) And don’t be too lazy in properly throwing away small bits of food like rice, corn, and bones. Don’t get rid of them by just letting them flow down the pipe, believing that they are small enough to cause a clog.

c.) Occasionally pour boiling water down your drain. This serves as a preemptive strike of sorts against clogs that are slowly building up to prevent them from becoming a complete barrier.

d.) Always keep these mentioned alternatives in an accessible location so you can quickly respond once a clog is evident.