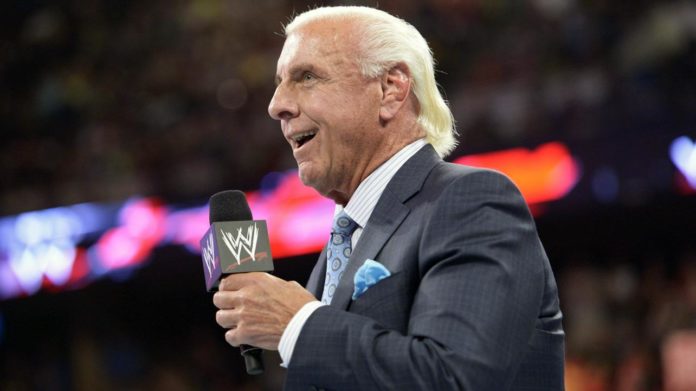 Ric Flair was one of the legendary superstars in the World Wrestling Entertainment (WWE) and World Championship Wrestling (WCW) with a staggering 31 championship reigns from the numerous promotions he worked on, and a recipient of multiple “Wrestler of the Year” awards.

Read on and find out more about the Nature Boy, from how he started out up to the latest updates.

Born in Memphis, Tennessee, on February 25, 1949, Richard Morgan Fliehr was put for adoption by his biological parents Luther and Olive Phillips. During that time the Tennessee Children’s Home Society was involved in illegal operations like kidnapping kids for adoption and as for Flair it was claimed that he was “abandoned” by his parents. Flair was adopted by Richard Fliehr and Kathleen Kinsmiller, and they relocated to Edina, Minnesota.

It was his adoptive father who introduced Flair to wrestling by taking him to matches at the promotion American Wrestling Association (AWA). After ninth grade Flair was sent to a boarding school in Wisconsin due to his troublemaking attitude. It was here where Flair got into wrestling, football, and shot put. He also became champion of the state’s private school wrestling. In 1968 Flair enrolled at the University of Minnesota under a football scholarship and met Mike and Steve Goldberg, the older brothers of wrestler Bill Goldberg.

Flair dropped out of college and worked as an insurance agent and bouncer, and while working as the latter he met Olympic gold medalist weightlifter Ken Patera. Flair learned that Patera was gearing up for a pro wrestling career and the two became friends. They lived together in South Minneapolis and lifted weights.

After the Olympics Patera began his training at the camp of the legendary Verne Gagne, and Flair joined him along with a handful of future wrestling legends. They were subjected to a grueling training routine by Billy Robinson in a frigid environment as winter kicked in. Flair gave up but was brought back to the fold by Verne himself with a couple of harsh words.

Flair’s first match came in 1972 with the AWA. He locked horns with George “Scrap Iron” Gadaski for ten minutes which ended in a draw. He stayed in the promotion for two years and wrestled against notable legends such as Andre the Giant, Dusty Rhodes, and Rene Goulet who gave Flair his first taste of defeat. In 1973 he flew to Japan for a wrestling tour where he had a string of matches in the promotion International Wrestling Enterprise (IWE).

In 1974 Flair moved to the National Wrestling Alliance (NWA) promotion and formed a teamed up with Rip Hawk. The two heels captured the Tag-Team championship in the same year for a reign that ended in February 1975. Eight months later Flair was among the survivors of the plane crash that ended the careers of several wrestlers who were aboard with him and claimed the life of the pilot Joseph Farkas. He suffered from a broken back and had to undergo physical therapy.

It was thought that Flair’s career was about to end as it was on a rise, but Flair proved to be resilient and returned to the ring in 1976 despite being told by doctors that his wrestling days were over. His return marked the beginnings of his “Nature Boy” persona and he was forced to change his rough wrestling style in favor of submission-based techniques due to his back injury. Flair roared through the late 70s and the first half of the 80s in multiple NWA World Heavyweight Championship reigns. He also became a member of the renowned heel stable The Four Horsemen.

Ric Flair in the WCW

In 1988 Ted Turner purchased certain territories of the NWA and formed the WCW. Flair reformed The Horsemen with Sting as a new member and the faction again dominated the ring. Sting was kicked out of the stable in 1990 after expressing his desire to pursue the championship, and Flair faced the wrestler in a long feud.

A year later Flair feuded not with a wrestler but with the brass. Then-executive vice president Jim Herd wanted Flair to change his character into a Roman gladiator named Spartacus along with a pay cut. The wrestler naturally disagreed and he was fired from the promotion shortly. Flair returned to the WCW in 1993 and first had a talk show segment while his “no-compete clause” was still in effect.

Flair wrestled in the WCW from 1993 to 2001. He had notable feuds with many wrestlers including Ricky Steamboat, Bret Hart, Sting, and Hulk Hogan. In 1998 he even feuded with Eric Bischoff for the “presidency” of WCW which Flair won. He abused his on-screen position in favor of heels and to ensure that his son David did not lose the championship title. Sting dethroned Flair from the presidency and the position was rightfully returned to Bischoff.

As the WCW was on its last legs Flair formed another stable named the Magnificent Seven which broke up with an unresolved storyline after Vince McMahon purchased the promotion in 2001.

Ric Flair in the WWE

Flair’s first run in the WWE was in 1991 after being fired by Herd. As Flair was axed while still a champion he brought the Big Gold Belt with him to the WWE and did not relinquish it as WCW did not return his deposit of $25,000 (a deposit that was required of champions to be returned after the title reign). He emerged victorious at the Royal Rumble in 1992 and won the WWF Championship, although Flair lost the title a few months later. He was forced to leave the promotion in the 1993 Royal Rumble after losing a “Loser Leaves WWE” match against Mr. Perfect.

He returned in November 2001 after taking a break from the squared circle. He served as the WWE’s “co-owner” which saw him feud with McMahon. In 2002 he faced The Undertaker at WrestleMania X8 in a losing effort. Six months later he aided Triple H in a heel turn that served as the nucleus of Evolution, one of WWE’s most dominant heel stables. They were joined by Randy Orton and Batista, and the four men each held titles with Flair sharing a Tag-Team championship with Batista. The stable faltered in 2004 after Orton was betrayed by the men, followed by Batista a year later. Flair was attacked by Triple H in October 2005 thus ending Evolution.

His remaining years in the WWE saw Flair in feuds with wrestlers including Edge, the Spirit Squad, Umaga, and Carlito. In 2008 he was put on a stipulation by McMahon wherein Flair’s next defeat will lead to his retirement. The end came for Flair at WrestleMania XXIV with Shawn Michaels delivering the career-ending final blow. The emotionally-charged match was hailed as a perfect bout by fans and critics alike. He delivered a farewell speech the following night and fans gave him a standing ovation while being surrounded by both face and heel superstars alike. Flair was also inducted to the promotion’s Hall of Fame prior to his final bout.

Flair made sporadic appearances in the WWE on non-wrestling roles until his contract finally expired in June 2009. In January 2010 he signed a contract on Total Nonstop Action Wrestling (TNA) and wrestled until September 2011 after an injury put him out of the ring indefinitely. He was fired in May 2012 and Flair later revealed that his tenure in TNA was his career’s biggest regret.

Flair made several appearances in the WWE since 2013 and supported his daughter Charlotte on NXT until her championship victory in 2015. In January 2016 the father and daughter duo turned heel which ended in May with Flair being ejected from the ring by Charlotte.

If you’ve been following Flair’s podcast then you’re in ill luck as he has officially retired from podcasting on January 03.

A documentary about Flair’s life and wrestling career is set for release in 2017 titled Nature Boy which will be part of ESPN’s 30 for 30 series of films.

At 67 years of age Flair is still in peak shape as a video of him deadlifting a 400 pound barbell surfaced online on January 04. Guess that should make you think about your fitness resolutions for 2018.

Flair is set to appear at the upcoming Albuquerque Comic Con on January 14 and at The Affiliate Summit on January 16 at Las Vegas. He has a long list of events until July this year so head over to his events page on Facebook so you can get tickets if you want to see the Nature Boy.