Always the case with Soccer players. If your sport is popular world wide then you can be guaranteed a fairly hefty paycheck at the end of the day. One of the more interesting things about the world of professional soccer is the way players salaries are denoted weekly. It harks back to the days when soccer players were paid only a little more than the average local wage. The fact that they still make $X per week is a little disingenuous, especially when the figure starts hitting more than what most folk make in a year. Gareth Bale is perhaps one of the most impressive players in the world today. Lightning fast, and amazingly accurate, he moved through the ranks of the Premier League, perhaps the most competitive league in all of Soccer before being transferred to Real Madrid in 2013 for an undisclosed sum. La Liga, Spain’s top league, is a touch less competitive, with the top spot taken by Real Madrid or Barcelona pretty much every year for the last two decades, some exceptions do apply here.

So let’s take a look at how Gareth Bale made is money then.

How Did Gareth Bale Make His Money & Wealth? 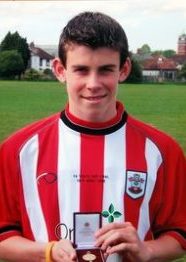 It is no secret as to how footballers make their money. A combination of weekly wages and sponsorship deals. Gareth Bales is no different. He has been dynamite on the pitch from a very young age, coming to the attention of a Southampton scout at the age of nine. He was born in Cardiff, the son of an Operations manager and a school janitor. He helped his local teams win a variety of cups at the national level, and at the age of sixteen was officially signed by Southampton FC. He made his Premier League Debut in 2007, signing with Tottenham Hotspur.

He played with Tottenham for a number for a number of years, and it was here that he made the transition to a heavy attack style of football. He excelled at it, and was soon one of the teams top goal scorers. In 2013 Real Madrid, one of the best teams on the planet, announced they had reached an agreement with Tottenham for the transfer of Bale. The figure was undisclosed, but so large a fee cannot remain hidden, and it is rumored to be in the $90 million range. It is unsurprising. Bale is currently one of the fastest players on the pitch, and is downright lethal in the left wing. The skill with which he can curl in a cross is widely known.

The money is the more important thing in this article. The amount and its source. I did a fair bit of research into the broader soccer world, who gets the fees, where the money goes and where it comes from. I was interested to discover that football teams are increasingly coming under the control of a select few billionaires. This influx of cash has seen a dramatic rise in the transfer fees and the price per week of the top stars. Off the bat, the transfer fee goes to the players agent and the club the player is leaving. So that $90 million went to Tottenham, not Bale. Even without that he is making $434,000 per week at Real Madrid. This deal is a relatively recent development, but even at Tottenham he was earning well over $200,000 for the bulk of his career.

Other revenue streams include his endorsements and sponsors. He is the face of FIFA 2014, the popular sports game series from EA. As is usually the case these days, social media plays a role with his endorsement bonuses, and the total he pulls in is estimated to be $12 million per year. It seems very likely to me that that $90 million is set to go through the roof over the next few years. Bale is only 27, so we are looking at at least two more seasons of peak performance, followed by a lucrative career in the mid field. It will be interesting to see how he does.

Gareth Bale is married. He married his high school sweetheart, Emma Rhys-Jones. They got engaged in mid 2016, and wed later that year. The pair are fiercely proud of their Welsh heritage

Does Gareth Bale have Children?

Gareth Bale has two children, two girls. Nava Valentine and Alba. Unlike other players, Gareth lives a quiet life with his family in Madrid. There is little in the way of debauchery or scandal surrounding him, or his family.

What awards has Gareth Bale won?

Gareth Bale has been playing exemplary soccer his entire life. As a young player he has an FAW player if the year award, two Tottenham Young Player of the year awards. He has won Welsh Player of the Year for the last four years, and has a total of six wins to his name. The streak was broken by Joe Allen of Swansea and Liverpool fame. With clubs he has won Two UEFA Championships, the Copa Del Rey, The UEFA Super cup and a FIFA Club World cup. All of those wins were with Real Madrid. To my knowledge he has no trophy wins with Tottenham Hotspur. 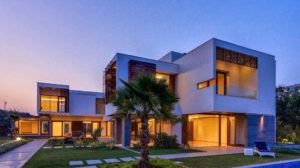 Bale lives in La Finca, Pozuelo de Alarcón in Madrid. The secluded suburb is home to many stars and soccer players. The home is very extravagant, and worth an estimated $3 million.

How Many Goals has Gareth Bale Scored?

Gareth Bale has been playing professionally for many years. His total goals scored is 127, across all teams and cups. He scored the majority while at Real Madrid, 67, next is Tottenham Hotspur at 55. As a Trainee with Southampton he scored a not insubstantial 5 league goals.

How much was his transfer Fee?

Gareth Bale was transferred from Southampton to Tottenham Hotspur for $8.7 million dollars. This was dwarfed by the fee paid for by Real Madrid, which was around $106 million dollars.

How much does Gareth Bale make in a week?