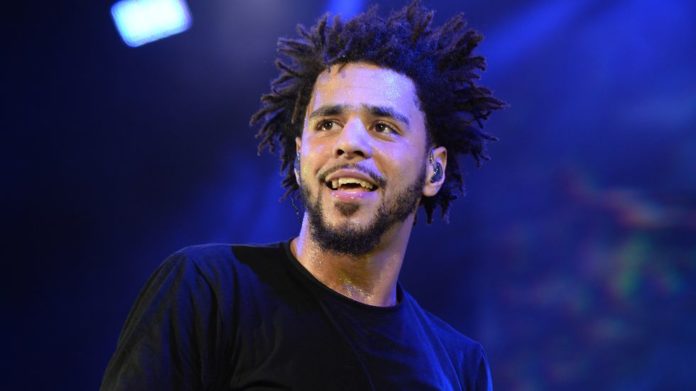 I am actually a little annoyed that I’ve never heard of this guy before. His music is well put together and he seems to be an amazing person to boot. J Cole is a sky rocketing star in the hip hop scene. How he made his money is fairly obvious, though I will still be going into that down below, what I find most interesting here is what he has been doing with his money. There are too few folk so soon to riches that spread said riches as liberally as J Cole. He made waves by being one of the first artists signed to Jay Z’s Roc Nation label, and the work he has done with the firm has been nothing short of exceptional. J Cole has not only formidable mic skills, but a talent for production work has led him to collaborate with a variety of big stars in the music business.

So let’s start breaking down where his money has come from, and where it is going.

How Did J Cole Make His Money & Wealth? 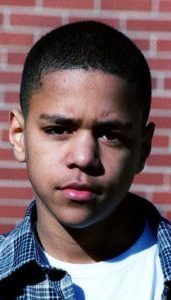 J Cole, born Jermaine Cole in Frankfurt West Germany, grew up in Fayetteville, North Carolina. He was raised by his German mother, his father having left the family while Cole was still very young. He began rapping at 12, and developed an interest in music, both the creation and the technical side of things. He graduated High School with a 4.2 GPA and attended St John’s University in New York. He majored in Communication, with a minor in business. He graduated Magna Cum Laude with a 3.8 GPA. He did not receive his diploma for a number of years though, as he had an overdue library book. He was presented with the Diploma in 2015 at a concert.

After college he threw himself into music creation. He had been making music in his spare time for years, publishing a variety of tracks under the name Blaza and Therapist. In an interesting quirk of fate Cole once traveled to Roc the Mic Studio, while Jay Z was recording for American Gangster, hoping the star would listen to his CD. He was brushed off then, but it would only be a few years later that he signed on with Jay Z’s Roc Nation label. That CD formed the basis for his second mixtape, The Warm Up. The Warm Up was well received, and Cole was invited to sign a verse on The Blueprint 3, Jay Z’s 2009 follow up to American Gangster.

Soon he was popping up all over the place, collaborating with the likes of Drake and Omen. They too appeared on his own produced work, and Cole even supported Drake on tour in the UK. The early 2010’s saw him ramp up in the production area as well, mixing tracks for the likes of Kendrick Lamar and Janet Jackson. Cole World: The Sideline Story was release in September of 2011, debuting at number 1, and selling over half a million copes. Needless to say he had arrived.

Cole has gone on to release four albums, a selections of mixtapes, and has headlined a world tour. He tours consistently, and it is here that he receives the majority of his money. Album sales are all well and good, but there are really only two places that rappers make bank. The first is the aforementioned tours. The second in the price per verse. I have found no concrete figures on how much he charges for a verse, but seen as he is growing in popularity, it is likely a hefty sum. Add in his work as a producer, and we have a good idea as to how he has been making his money.

There is one other aspect of J Cole’s work that I want to talk about. His philanthropy. He has a number of organizations set up to help the less fortunate, and has been funneling money into those endeavors.

Surprisingly, yes. J Cole has been married for a number of years, to his long term partner Melissa Heholt. The Pair have been together for well over a decade, but their relationship was not common knowledge until last year. In an unfortunate interview, J Cole was asked how he was faring with married life. Ever gracious, J Cole played it cool, and merely passingly chastised the interviewer for his slip up.

Melissa Heholt is J Cole’s wife, as I previously mentioned. She is a very private person, hence having not appeared in the limelight until her accidental reveal last year. She is a university graduate, and it is likely that they met at college. She studied Childhood Education, and is currently an event planner. She owns her own company, Statice Events, and is also the executive director of J Cole’s Dreamville Foundation.

What is the Dreamville Foundation?

The Dreamville Foundation is a community outreach non profit founded in 2011 by J Cole. Its goals are wide reaching, to the point of ambiguity, but it is focused on providing the youth of Fayetteville a platform to improve themselves. The allow them to acheive their dreams, whatever they may be. I am a huge fan of giving back to the community, and the Dreamville Foundation is not the only philanthropic endeavor to J Cole’s name. He has bought his childhood home, and retrofitted it to provide free accommodation for single mothers.


J Cole has gone by three names over the years. His first was Blaza, but this was short lived. His next name was Therapist, not a terrible name, but think of the implications here. When he set up his Myspace to display his tracks it was labeled /therapist. Needless to say he changed to simply J Cole not long after realizing his error.