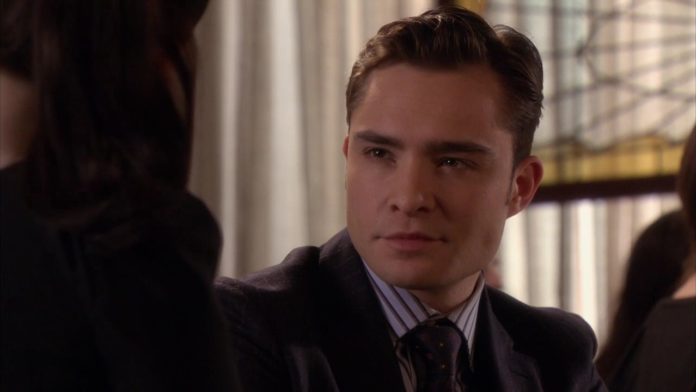 You may recognize Ed Westwick from a few things, but he is perhaps best known for his work as Chuck Bass on the hit The CW drama Gossip Girl. Westwick appeared in over one hundred episodes of Gossip Girl between 2007 and 2012, but fans of the show may be wondering what he has been doing since he left the show. In this article, I’m going to start by talking about what Ed Westwick did in order to rise to prominence on popular shows like Gossip Girl. I’m also going to make sure to talk about what Westwick has been up to since he left the show, providing his fans with an update as to some of his more recent activity. Without further ado, let’s jump right into this.

Edward Westwick was born in Stevenage, Hertfordshire in June of 1987. Ed was drawn to the entertainment industry at a very early age, and he was taking drama classes when he was just six years old. Like many other aspiring actors, Ed also had a keen interest in music. He received his secondary education at The Barclay School. From there, Ed would end up studying at North Hertfordshire College. Believe it or not, Westwick didn’t study anything related to show business during his time at North Hertfordshire. He was taking A-Levels related to things like business and law. However, he quickly determined that acting was the career for him, and he would go on to train at the National Youth Theatre, a company in London. Former members of the National Youth Theatre include people like Colin Firth, Daniel Craig, Rosamund Pike, Idris Elba, and Daniel Day-Lewis. 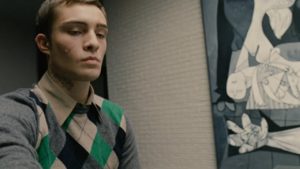 Before he appeared on Gossip Girl, Ed was obviously working in a few other, less significant productions. It’s very uncommon for an actor or actress’s first gig to be their defining role. In 2006, he made his debut in film as Zoran in Breaking and Entering. This was obviously a minor role, but it still helped him kickstart his career, and gave him very valuable experience on the job. Also in 2006, he made extensive guest appearances on different British television shows like Afterlife, Doctors, and Casualty. To finish that year off, he had a minor role in the British science fiction film Children of Men. It was just Westwick’s first year as a professional, so to speak, and he was already doing some pretty major things in acting.

Westwick would carry that momentum with him into 2007, when he would acquire the role of Chuck Bass in Gossip Girl. Since Gossip Girl is obviously an American television show, Westwick had to put on an American accent, which was well-received. Chuck’s original role in the show was one as an antagonist, whose poor morals and vain nature often put him at odds with the other characters on the show. However, over time, Chuck became more of an anti-hero type character. Fans still rooted for him despite the fact that he was technically a bad guy. Westwick’s work as Chuck Bass earned him a lot of national acclaim, and in 2008 he was named one of the Sexiest Men Alive by People magazine. Also in 2008, Ed’s popularity allowed him to become the face of K-Swiss, the renowned shoe company. 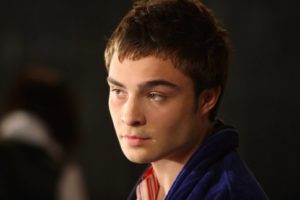 Although Westwick would remain a part of Gossip Girl through 2012, he seemed to definitely understand the importance of acquiring other roles. In 2008, he played Joey in the Eric Red horror movie 100 Feet. In the following year, he held a role in the sequel to Donnie Darko, called S. Darko. This was a direct-to-video sequel that didn’t attract much major attention, but it’s still definitely cool that he was considered for the role to begin with. Around this time, it was said that he was going to be playing the lead role of Heathcliff in a highly anticipated film adaptation of the novel Wuthering Heights. However, a directorial change resulted in a casting change, and he was ultimately removed from the role. In 2011, he had a role in the Clint Eastwood movie J. Edgar, a biopic about J. Edgar Hoover that boasted a star-studded cast that included the likes of Leonardo DiCaprio, Armi Hammer, Judi Dench, and Naomi Watts.

2011 was a busy year for Westwick, because he would also go on to have a relative prominent role in the internationally produced romantic comedy Chalet Girl, where he co-starred alongside Felicity Jones. The movie was sort of a box office bomb, but it still gave Ed a good amount of exposure in Hollywood. Around this same time, he took his first foray into borderline voice acting by providing narration in the audiobooks for the Cassandra Clare novels City of Fallen Angels and Clockwork Prince. In season 6 of Gossip Girl, at the show’s conclusion, Ed Westwick’s character Chuck Bass had completely wrapped up. The “bad boy” had almost entirely reformed, and a flash forward indicates that he and his love interest had a very happy life together. With Gossip Girl behind him, it was time for Westwick to continue to develop his career and move onto greener pastures. What has Ed Westwick been up to, really? 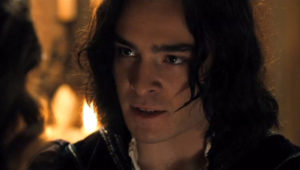 After Gossip Girl, Ed has continued to work very hard in the entertainment business. In 2013, he played Tybalt in a film adaptation of Romeo & Juliet. In 2014, Westwick had a prominent role in a Chinese film called Last Flight. A year later, he was able to acquire some more critical attention when he starred in Bone in the Throat, an adaptation of the Anthony Bourdain novel of the same name. In 2015, Ed Westwick played Milan Pinache in the indie movie Freaks of Nature. In that same year, he played the role of Kent Grainer in the short-lived ABC drama Wicked City. Obviously, that’s all slightly older stuff. Has Ed been doing any kind of major work in much more recent years?

He definitely has been, and he actually has a good deal of stuff on his plate right now. In 2016, his only major appearance was in the British thriller film Billionaire Ransom, which premiered in the United States in August. In 2017, he is currently set to appear in a couple of productions. He has already had a prominent role in the thriller The Crash, which just came out in January of this year. Westwick is also currently set to have a recurring role in the television programs Snatch and White Gold, which are currently set to premiere some time in 2017. Although his Gossip Girl days are behind him, I think that it’s certainly safe to say that this talented actor still has quite the career in front of him.