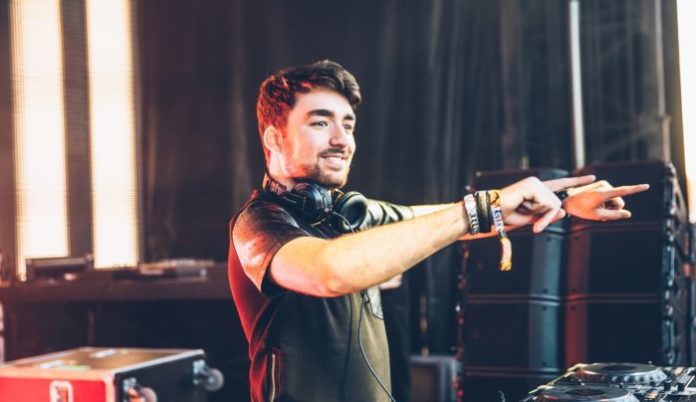 Not the first time I’ve taken a look through the financials of a famous DJ, and I doubt it will be the last if my topic list is any indication. Oliver Heldens is a a Dutch DJ and producer from Rotterdam. He made waves in 2013 with the song Gecko. It caught the attention of DJ Tiesto, who promptly signed him to his personal label. I have a felling that this is going to be a common story among the DJs I look at, the same was true of Like Mike and Dimitri Vegas. I never thought of the world of professional DJs as being a mentor and apprenticeship thing, but is seems to be the way of it. Heldens specializes in House music, of various styles, and is fairly popular these days. How DJs make the majority of their funds is fascinating. To them the album is not the important thing. It is the single, and of course, the set.

Let’s take a look at how Oliver Heldens got to where he is today, see how he makes his money, and learn a little more about him along the way.

How Did Oliver Heldens Make His Money & Wealth?

Heldens was born in Rotterdam, a place well known for the prevalence of dance music. One of the biggest festivals in the world happens there, and the Dutch have produced an inordinate number of popular artists in the genre. He was a relative unknown until the release of the song Gecko. The track is pretty good, simple, ostinato dance number, with a number of peaks and troughs. It was good enough, and popular enough to catch the attention of famed DJ Tiesto. He signed to Spinnin’ records in 2013, and began producing singles. I mentioned before that this was important. DJs live and die by the quality of their singles, and Oliver, now going by the moniker Hi-Lo, a spin on his own name, saw success with every release.

It wasn’t long before he was being hounded by artists for remixes and shows. There are a number of things I find interesting about the way DJs make money. The lack of album sales, and the odd touring schedule is fascinating. Heldens has a residency show on the UK radio station BBC radio 1, providing no small amount of money I’m sure. When we factor in the funds made from album and single sales we get closer to the $4 million figure, but the core of a DJs money comes from sets.

DJs are a bit different from other musicians. I have taken to likening them to conductors more than orchestra. The challenge that faces a DJ is one of reading and motivating a crowd. They have to construct a set in such a way that the crowd responds the way they want them to. running a set is where the money is, and I know for a fact that big name DJs can expect to make tens of thousands of dollars before ticket sales from their sets alone.

So, all told we are looking at a combination of things. Oliver Heldens is a producer of other peoples work, he makes his own popular music, and is a much sought after house DJ. It all adds up to a tidy sum.

Where is Oliver Heldens from?

Heldens, like so many DJs these days, is from The Netherlands, more specifically Rotterdam.

Does Oliver Heldens have any family?

Heldens is the eldest of four children. His mother is his financial advisor, taking on the position full time only a fee years ago.She co-signed his first contract with Spinnin’ Records when he was 17. She looks after all of his financials, freeing him to focus on his music.

Who is Oliver Heldens’s Manager?

Karin Koopmans is his manager. She is based in the US, west coast. His tour manager is Joost van Aarle, and it is he who constructs the visuals and organizes his equipment.

Does Oliver Heldens have his own label?

Heldens founded his own label in 2015, Heldeep records. It is a Sub label of Spinnin’ Records. There are currently ten artists assigned to the label, including Chocolate Puma and Vato Gonzalez. Helden’s collaborations with DJ Tiesto were released on this label.

Has Oliver Heldens released any Albums?

In an odd quirk, Heldens has yet to release a full studio album. He has released an wide range of singles, and of course he has his sets. Albums are less important to DJs after all.

Where is Oliver Heldens be appearing this year?

Heldens has a full schedule this year, appearing the Americas from now until April. we can see him in Florida this month, followed by Brazil, Argentina and Chile before he heads on up to Canada at the beginning of April. Mid April sees him playing in Texas and Phoenix, before jetting across the Atlantic to play Estonia, Czech Republic and more. He remains in Europe for the rest of the year.