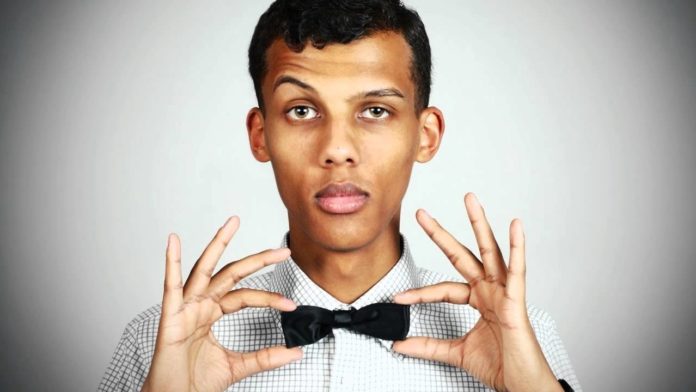 I have been looking forward to writing this all day. I was working on a few other things earlier, artists I didn’t really know, and they end to take ages. I like to know everything about the people I write about, listen to their music, watch their sport, or TV show. But Stromae? I already know Stromae, and am a big fan of this Eurodance flavored, multi ethnic infused hip hop spinning musical genius. Granted, this article is primarily about how much he’s worth, and I will be going into detail there, rest assured, but I want this to be more of a look back at his career, a broad spectrum overview on why i think you need to listen to this guy.

I have looked into the financials of all kinds of musicians, mostly Hip Hop and EDM these last few weeks, and found that the way they make money is a little different from your classic band, or pop group. Stromae straddles the line between electronica and Hip Hop, and does so with an artistic panache rarely seen. But he make his money in a far more traditionalist manner. for him it is not the set that pulls in the cash, nor is it selling verse, it is the classics, touring and albums.

So let’s take a look at Stromae, where he came from, where he’;s going, and how much money he;s made along the way.

How Did Stromae Make His Money & Wealth? 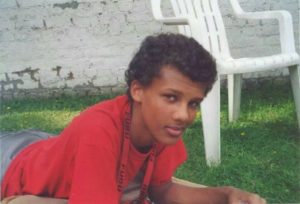 Stromae was born Paul Van Haver, in Belgium to a Tutsi father and a Belgian woman. His father was a successful architect, and was killed in Rwanda, during the Rwandan genocides against the Tutsi people. It formed the basis of the track Papaoutai from Stromae’s second album, a far more personal record. In 2001 Stromae began making music under the name Opmaestro. It wasn’t long before he switched to Stromae, a riff on Maestro put through the Franco slang of Verlan. You swap the last syllable with the first, Verlan itself is derived from L’envers. In 2008 Stromae was working as a trainee at NRJ, a Belgian radio station, and impressed Vincent Verbelen with his single, Alors On Danse, so much so that he decided to air the track.

Alors on Danse was the first Stromae track I ever heard, and was immediately taken with it. It is positive apathy distilled, a song with an upbeat hook, and a strong message regarding the pointlessness of the daily slog through life. The song exploded in popularity in Europe, and the response in the french speaking sphere was universally positve, with the likes of Anna Wintour, Jean-Claude Van Damm and former French President Nicolas Sarkozy complimenting the artist. Stromae released his debut album in 2010, Cheese, which included Alors on Danse. The record is well put together, with a strong of catchy tunes, but it lack cohesiveness, and one or two of the songs are merely good, rather than amazing.

It would be two long years before Stromae saw fit to release another album, and the difference in style and content was apparent. Racine carrée, meaning square root in English, is a masterpiece. every track placed carefully, every lyric and hook combining to create a cohesive whole. So often in the world of music the second album is considered the tricky one, Stromae knocked it out of the park. The debut single was Papaoutai, the song I mentioned earlier about his father’s death. The song incorporates African beats far more obviously than any of his previous releases, and the message, about a boy trying to get a response from his father, transcends even the language barrier. It also marked the beginning of a series of music videos that I consider to be masterpieces in and of themselves. Stromae is a unique looking fellow, and his thin frame puts me in mind of Thin White Duke Bowie, blended with a rhythmic Doug Jones. The follow up videos, Formidable, Tous Les Mêmes, Ta fête, Ave Cesaria, Carmen and Quand c’est? each bring something new and focused to the table, with a spcial mentioning going to Tous Les Mêmes and Quand c’est?.

The vast majority of Stromae’s income comes from his work in the music industry. The bulk of it comes from album sales and touring. Racine carrée sold over 2 million copies in France alone, and in total Stromae has sold 8.5 million records. He also works as a producer, and has a short run fashion line. His unique personal style is marked by garishly colored plaid like patterns, and a line of bow ties. Think 1970’s home furnishing and you’re half way there.

Yes, Stromae is married. He married his partner of two years, Coralie Barbier, in a secret ceremony in December of 2015. The pair are still together, and enjoying a quiet life for the time being. It has been reported that not even the wedding guests knew that a marriage was a bout to take place, having been invited to a party by the reclusive Belgian singer.

Where is Stromae from?

Stromae was born in Belgium, but his father is from Rwanda.

What was Stromae’s Big Break?

Stromae was working at a radio station when his boss heard one of his tracks, Alors on Danse. He liked it so much he decided to air the track, and his popularity exploded.

Why is he called Stromae?

Stromae’s name is derived from a French slang language called Verlan. verlan means inverted in Verlan. So Stromae was originally Maestro, just swap the syllables and you got it. So I wold be Reba Tonstan, which isn’t quite as cool.

When will Stromae release a new album?

Stromae has been focusing on recovering from the trying time he had putting together Racine carrée. He has been looking to the fashion industry, and has a few lines of interesting clothing out, but in terms of music it is unlikely we will see anything from the artist until at least next year.