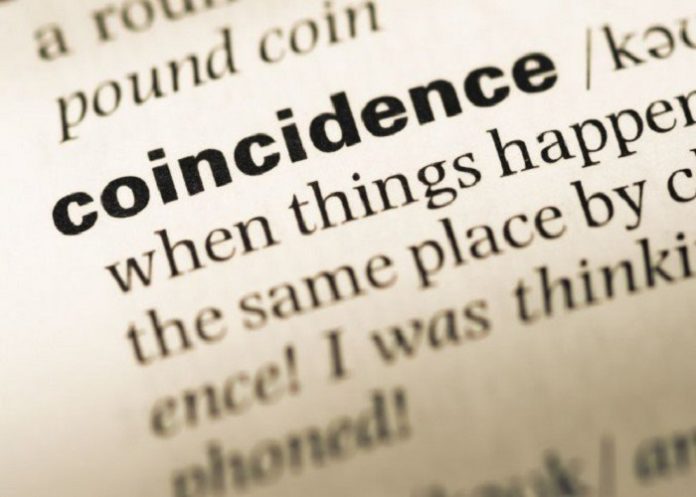 In a World with billions of people going about their daily business coincidences are bound to occur. Whether you believe that they are caused by synchronicity and that co-incidences are caused by paranormal events, or you believe that they’re just an effect of causality, where truly large numbers make incredible coincidences an inevitable part of life, it’s still amazing that some events occur when the chances of them doing so are mind-bogglingly unlikely.

Every week millions of people buy lottery tickets, hoping that they will be the one to win a fortune, even though the chances of them doing so are incredibly unlikely, and someone out there always does hit that many millions to one strike, so we all know that improbable coincidences happen. But what are some of the most amazing coincidences throughout history? Read on to find out.

#10- The Philippines ‘My Way’ Killings 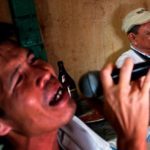 In the Philippines karaoke bars are a popular place for ordinary people to sit back and relax as they listen to amateur renditions of popular tunes, but Frank Sinatra’s classic 1969 hit ‘My Way’ has been banned in many of them due to a strange series of deaths connected to the song. By 2010 at least six murders had been attributed to people singing the song. This might not seem too surprising considering the frequency of violence in the poverty stricken country where illegally held guns are common and Karaoke is an incredibly popular past-time in all walks of life, but ‘My Way’ is different, and a strange superstition about the song has grown around the phenomenon. So often does violence occur when the song is sung that it has not only been removed from karaoke machines in most karaoke bars, but even private functions tend to frown upon it being sung. The exact number of ‘My Way’ killings is not known due to the frequency of violence in South-East Asia, which is often connected to the seriousness with with karaoke performances are viewed, but even conservative estimates suggest that at a least a dozen deaths have occurred due to the song. 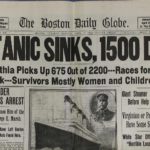 In 1898 an American author named Morgan Robertson published a book entitled ‘The Wreck of the Titan’, and in it he somehow managed to predict almost the exact circumstances of the sinking of the Titanic fourteen years later. His ship, named ‘Titan’ was the biggest ever built and unsinkable, just like the Titanic. The Titan, which was the biggest ship ever built, collided with an iceberg on its maiden voyage 400 nautical miles away from Newfoundland, exactly as the Titanic did, and it was travelling at 25 knots, when the Titanic would be travelling at 22.5 knots during it’s fateful voyage. Morgan Robertson even managed to predict almost the exact dimensions of the Titanic and its displacement of water. His ship, which was equipped with only enough lifeboats as the law insisted upon, and only four more than the actual Titanic, sunk with more than half of its 2,500 passengers being drowned at the site of the disaster. When the Titanic sunk in 1912 there were only 705 survivors from the original 2,200 passengers. Robertson was called clairvoyant by many after the Titanic disaster, although he denied any foreknowledge, merely citing his extensive knowledge of shipbuilding techniques learned in the merchant navy. 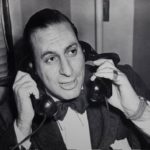 In 1953 Chicago based reporter and television host Irv Kupcinet was staying in London, England to report on the coronation of Queen Elizabeth the second. While he was at the Savoy hotel in London he found a letter belonging to his friend Harry Hannin in his hotel room. Irv took the items home, intending to give them to his friend when he returned to America, but before he could do so he received a letter from Harry, the manager of The Harlem Globetrotters at the time, explaining that he too had made a discovery in a hotel room at exactly the same time. While staying at a hotel in Paris, France Harry had discovered a tie in his room, clearly marked as the property of his friend Irv Jupcinet. 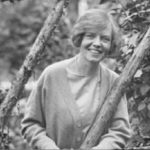 The discovery of Irv Jupcinet’s tie in a Paris hotel room is not the only remarkable coincidence that took place in the city. In the 1920’s the famous American novelist Anne Parrish, celebrated mainly for her successful children’s books was visiting the city with her husband and spending some idle time in several old book stores. She suddenly noticed a favorite book from her own childhood entitled ‘Jack Frost and Other Stories’. Anne remarked to her husband how much she had enjoyed the book as a young girl and opened it, at which point she was amazed to see her own name and childhood address written inside the front cover. The book was the very same copy she had owned as a child, and she had no idea how it had made its way across the Atlantic in the intervening years. 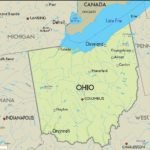 Mankind conquering the skies, the race to reach space and our greatest achievement as a species that of landing humans on the moon are all relatively recent events, and they all share a curious common bond. Ohio may only account for 3% of the American population but they have made a far greater contribution to all of these accomplishments. The pioneering fathers of flight, Orville and Wilbur Wright came from Ohio, and on February 20th 1962 Ohioan John Glenn took another big step for mankind when he became the first American to orbit the Earth. After John F. Kennedy vowed to land a man on the moon before the nineteen-sixties were out the honor eventually fell to Neil Armstrong, another Ohioan, but Ohio’s prominence in space travel doesn’t even end there. Since Armstrong made his one giant leap Ohio has produced another 23 astronauts, so many in fact that NASA have had to explain that they’re not sure why Ohio is so well-represented in space on the official NASA website. 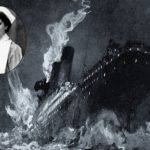 Born in Argentina in 1887 Violet Jessop decided to follow in her mothers footsteps and become a stewardess and nurse aboard ocean liners in the growing transatlantic transport industry. In 1910 she was on the White Star Lines largest civilian liner at the time, the RMS Olympic, when it collided with a British Warship and limped back to port. There were no fatalities but worse was to come for Violet, in 1912 she was also aboard the Titanic, and was lucky enough to escape the sinking ship, rescuing a baby that had been handed to her in the lifeboat as well. Even that was not the end of Violet’s mishaps at sea, in 1916, during World War I she was serving as a nurse on board HMS Britannic when it exploded, due to either a torpedo or mine, and narrowly escaped death before finally being rescued. Violet Jessop returned to the White Star Line and life at sea in 1920 and continued working on ships until she retired in 1950. She died peacefully at home aged 84 in 1971. 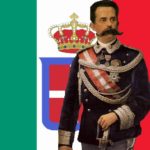 King Umberto I of Italy was visiting a restaurant in Monza in 1900 when he was amazed to discover that the owner of the Restaurant bore an incredible resemblance to him, but the similarities didn’t end there. The restaurant owner, also called Umberto was born on exactly the same day as the king, March 14th 1944, and in the same town. They had both married women called Margherita, once again on exactly the same day and the restaurant had opened on the same day that the King was crowned the King of Italy. The very next day the King was dismayed to hear that his doppelgänger had died in a shooting earlier that morning, but he didn’t have long to regret the loss of the other Umberto, the King himself was assassinated a few hours later. Although the mystery seems incredible historians have pointed out that Umberto’s father, King Victor Emmanuel II was known for his numerous extra-marital indiscretions and he was suspected to have fathered several illegitimate children. There were more than a few people bearing a stunning resemblance to Umberto who were known to exist at the time of his reign. 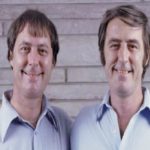 King Umberto may have unknowingly met his half-brother or the case may all have been a gigantic coincidence, but in 1977 two twins who had been adopted by separate families in Ohio met for the first time, and they too discovered remarkable similarities in their lives up to that point. The twins, at the time aged 37, had been brought up 40 miles apart from each other and had both been named Jim by their new parents. They both had dogs called ‘Toy’, both enjoyed carpentry and math at school, and both disliked English lessons and spelling tests. After they left school they both entered similar occupations, with one becoming a security guard and the other a deputy sheriff. Both of them had married women called Linda, before they both divorced and married women named Betty. Both men had a son, one of the boys was called James Alan, and the other James Allen. Psychologists were astounded at the similarities in their lives and soon arranged for them to undergo psychological tests, where even more similarities were discovered in this unique case that only serves to underline the special bond between twins. 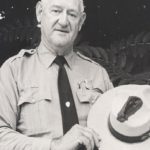 Being struck by lightning can kill you, but its a rare event generally and as a result it’s not something that most of us worry about too much, but Forest Ranger Ray Sullivan from Virginia had plenty of experience of the phenomenon. In 1942 at the age of 30 Ray was struck for the first time, but only lost a toenail. In 1969 he was struck a second time, this time losing his eyebrows, and only one year later a third strike injured his shoulder. Being struck by lightning three times is far more unlucky than is reasonable to expect but the heavens hadn’t finished with Ray yet. In 1972 his hair was set on fire by a fourth strike, in 1973 he was wearing a hat when it happened again. As a result of this fifth strike not only did his hair catch fire again but he was also thrown ten feet out of his car, before he extinguished the remains of his hair with a bottle of water he had taken to carrying around with him just in case. Strike number six in 1976 damaged his ankle and a seventh the following year saw him end up in hospital with severe burns to the torso. 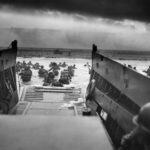 In 1944 as the Allied forces in Britain prepared for the D-Day landings under the greatest secrecy, intelligence officers noticed a worrying trend in the daily crossword puzzles published by The Daily Telegraph. Firstly ‘Utah’ appeared just weeks before the planned D-Day invasion of Nazi Germany controlled France. Utah was the codename for the beach to be taken by the US 4th Infantry Division. A week later ‘Omaha’ cropped up, again a codename for a planned assault, this time by the US 1st Infantry Division. General Dwight D. Eisenhower had codenamed the entire operation ‘Overlord’, and that too appeared, followed by ‘Neptune’ and ‘Mulberry’, both also codewords for parts of the operation. British intelligence swooped on the culprit, an English schoolteacher, who after weeks of intense interrogation was eventually cleared of any espionage, he was just the victim of a series of unfortunate coincidences.