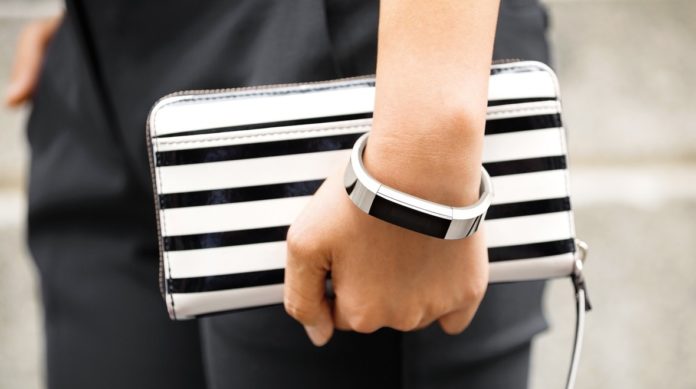 2016 was a very exciting year for tech, but I think that 2017 has been just as exciting thus far. There are numerous different technologies that are becoming more prominent as they improve, and fitness trackers are one of those technologies. A fitness tracker, if you’re unfamiliar, is just a smart device that is typically worn on the wrist. This smart device can sync up with some other app or software, and it allows you to track your steps, the calories that you’ve burned over the course of the day, and even your sleeping habits. It’s a very handy tool for someone looking to improve their health, and a lot of people use them. Not to mention, they’re generally not as expensive as you may think.

The only real issue with buying a fitness tracker is the fact that there are so many. There many major fitness tracker companies, and those companies tend to have multiple models of product. What are the best fitness trackers that are currently available in 2017? I’m going to be covering that topic at a length in this article. I’ll be breaking down what I believe to be the top five best fitness trackers out there, making sure to give my reasoning as to why each one is so great. Buying any kind of technology can be intimidating, so I’ll try to cut out some of the hassle for you. Without further ado, let’s get right into it. 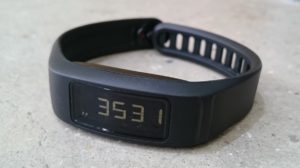 What are some of the features that one can expect to have with a Vivofit 2? Quite a few, really. There is a bar featured prominently on this tracker that turns red and gives an audible alert when the tracker notes that you have been inactive for the last hour. The bar continues to grow with every additional fifteen minutes of inactivity. This may be annoying if you’re someone who isn’t able to move around a lot because of work, but it’s convenient if you’re someone who struggles to bring yourself to move around on a regular basis. The Vivofit also tracks and records your activities, and these records are automatically synced with Garmin Connect, which is the application that you use with this tracker to keep track of your personal goals. There aren’t many bells or whistles to this fitness tracker, but it’s still a solid contender for one of the best fitness trackers in 2017. 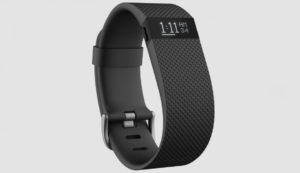 The next fitness tracker that I’m going to be talking about is one that you may be a little more familiar with. This used to be Fitbit’s flagship product, but it isn’t quite as popular (or expensive) since it isn’t Fitbit’s latest product anymore. The Fitbit Charge HR costs around $100, and it has all that your average fitness tracker user would ever really need and then some. It doesn’t just monitor your heart rate. It tracks your workouts, and based on your pulse and movement, it’s able to figure out how many calories you’ve burned. It records all of this information within the deeply comprehensive Fitbit app, which lets you take a look and see pretty much all of the physical activity you’ve done within a certain period of time. This is an extraordinarily simple and well-executed feature that is indispensable to someone who is looking to meet some kind of fitness goal.

Although I certainly think that Fitbit has one of the more streamlined user designs in fitness trackers, the features that I mentioned are still pretty standard in this kind of gadget. What does the Charge HR do to go above and beyond? One of the biggest things that this device does is allow much more functional integration with your smartphone. Through your Fitbit, you can receive call notifications as well as look at the time. The device also recognizes as soon as you begin exercising so that it can begin transmitting data to your Fitbit app. Certain lower tech fitness trackers will require you to flip a switch or press a button to tell it when you have begun exercising. Basically, this fitness tracker lets you wear it and forget about it. There is very little maintenance involved. It’s a very user-friendly experience, overall. 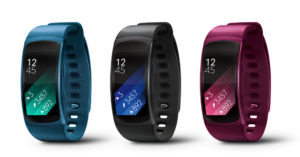 Alongside Fitbit, Samsung is probably one of the biggest names in fitness wearables. This device comes in three different sizes and three different colors, but generally each model will run you between $130 and $150. You’re able to get the Gear Fit 2 in black, blue, or pink. You can also get in either large, medium, or small. This is good if you’re someone who feels that many one size fits all fitness trackers have displays that are way too big or way too small for your wrist. So right off the bat, just in terms of this system, the Samsung Gear Fit 2 really lets you customize your own user experience. Although some people might argue that the Gear Fit 2’s fitness-related features aren’t the strongest, this is one of the most feature-packed fitness trackers on this list.

If you’re looking to get some bang for your buck, then the Samsung Gear Fit 2 is definitely for you. While the Fitbit Charge HR lets you view caller ID when someone calls your connected smartphone, the Gear Fit 2 lets you both receive and respond to texts and phone calls. This nifty gadget also comes with its own dedicated music player, which means you don’t have to worry about toting around an iPod with you to the gym — the Gear Fit 2 is pretty much all you need! Not only that, but this fitness tracker is also water resistant, which is obviously very important in a device that may be exposed to a lot of sweat or to the elements in general. The Samsung Gear Fit 2 isn’t compatible with all smartphones and operating systems, but I still think that it’s one of the strongest fitness trackers available in 2017. If you can afford this one, I would seriously look into it. 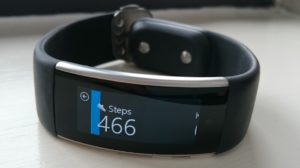 You may think of quite of a few things when you think of Microsoft, but I’m willing to bet that fitness trackers are not one of them. With the Microsoft Band, this tech powerhouse was looking to get a piece of the pie in the fitness wearable business, so to speak. The Microsoft Band 2 looks straight out of Star Trek, and I would honestly expect nothing less from a product that usually costs over $200. Like the Samsung Gear Fit 2, this device comes in three different sizes: small, medium, and large. Microsoft’s fitness tracker is secured with a magnetic band, which provides a much more sleek look to the overall bracelet. It’s also meant to ensure that the band is more securely fastened to your wrist — as great as this thing is, I wouldn’t exactly think of it as durable.

This fitness tracker may seem a little bit bulkier than some of the other fitness trackers on this list, but that’s partially due to all of the sensors loaded into this thing. While a lot of fitness trackers just contain a GPS and a heart monitor, Microsoft takes it a step further by including things like a UV monitor. Like many other high-end fitness trackers, the Microsoft Band 2 allows you to receive and view text messages, emails, calendar alerts, and so on. However, this band is most definitely designed with fitness in mind. It is absolutely loaded with different workouts, and you’re even able to add on many of your own. Although the steep price on this device may seem hard to swallow, you definitely get what you’re paying for here. 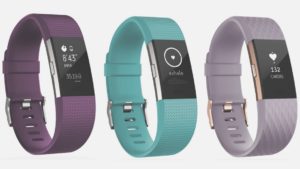 I mentioned before that part of the reason behind the Fitbit Charge HR’s dropping price is the fact that it belongs to an older generation. The Fitbit Charge 2 is one of the latest devices to come from the wearable tech giant, and I definitely think that it’s one of the best that they’ve made yet. To keep things brief, the Charge 2 has all of the features that you’ve grown used to seeing in Fitbit products. You have sleep monitoring, activity reminders, activity tracking, and impressive battery life. On a single charge, this device can last for up to five days. That’s a pretty phenomenal amount of time for something like this, and it makes for a much more flexible and worry-free overall user experience.

Outside of the standard features, the Charge 2 also includes one of the best heart rate monitors that Fitbit has ever seen. By being able to look at your heart rate, the Fitbit Charge 2 is able to give you accurate information regarding the physical impact of your exercise, and it also allows you to access some of their really cool personalized breathing exercises. You can also view notifications through this Fitbit, which sort of makes it useful outside of just fitness. And of course, the Fitbit Charge 2 is fully compatible with the main Fitbit app. As I’ve already mentioned, I think that their app is one of the best in fitness tracking. It’s clean, easy to use, and it allows you to accurately and intelligently track your fitness progress.