Lisa Vanderpump Net Worth 2018 – How Rich is The Real Housewives Star? 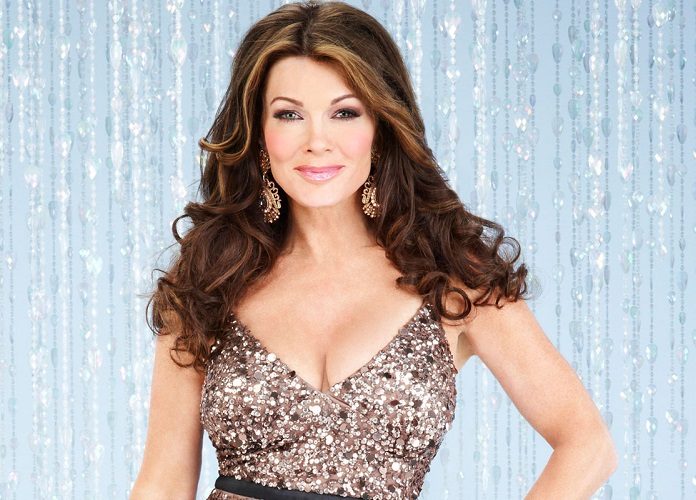 Lisa Vanderpump has become an internationally recognized reality star since she first appeared on Bravo’s ‘Real Housewives Of Beverly Hills’ in 2010. The quirky British born businesswomen with a down to earth sense of humor and more sparkling glamour than you could cram into a carton of glitter has since starred in a spin-off show and made several other TV appearances, she has authored a best selling book and still found time to run her business empire. But Lisa is a lot more than just a reality TV personality, the lively star has also launched several of her own businesses, written a best-selling book and spent time and effort promoting several charities, but how did this former actress make the impressive fortune that she has today? And exactly what is her personal wealth now in 2018?

How Did Lisa Vanderpump Make Her Money & Wealth

Lisa’s fortune of $85 million marks her out as considerably richer than most of her fellow reality TV stars, but she came from humble beginnings and her early ambition was to follow her dreams of becoming an actress. Lisa was born in London, England on September 15th 1960 and at the tender age of thirteen she landed her first big part, in the comedy drama ‘A Touch of Class’ starring Glenda Jackson. Lisa took the role of Julie Allessio, the daughter of Jackson’s character and the film was a huge success, eventually taking over $16 million at the box office, which was an impressively large sum back in 1973. Lisa’s show-business career continued with parts in several TV shows, including Silk Stalkings and an appearance as the character Margo Curtis in Baywatch Nights, she appeared in the British Horror flick ‘Kiler’s Moon’ which later gained a cult following and she appeared in several music videos in the 1980’s, with prominent appearances in ABC’s ‘Poison Arrow’ in 1982 and ‘Mantrap’ the following year.

In 1982 after a whirlwind romance lasting just six weeks she married Restaurateur Ken Todd, who at 36 was fifteen years her senior. Lisa took an active part in her husbands business empire, designing twenty six restaurants and bars that the couple owned in London, England, including a huge bar themed on the TV show ‘Cheers’. The couple later moved to Los Angeles where Lisa gained her role in ‘Baywatch Nights’, and Ken opened a Pizza restaurant, eventually opening a further three while Lisa continued to be heavily involved in the design of the businesses.

The couple had their first child, daughter Pandora in 1986 and adopted a son Max in 1991, but less happy events followed in 1994 when the 6.6 magnitude California earthquake dealt a blow to the Pizza restaurants, with three of the four being completely destroyed by the powerful quake. In 2002 Lisa and Ken moved back to the UK, partly to get a change of scene but also to oversee the opening of Jewel, a huge luxury venue comprising of several separate bars and restaurants that had a capacity of over 1,400. The club had cost millions to furnish but Lisa and Ken could easily afford the hefty price tag, in 1998 they had sold four bars in the fashionable Trocadero district of London for $18 million.

The wealthy couple spent time living in England, the South of France and Monaco, but they returned to the United States when Pandora wanted to study at Pepperdine University in Santa Monica, California. They initially purchased a $29 million mansion in Beverly Hills but in 2011 the couple were looking, in their own words, ‘for a new adventure’ and decided to put the luxurious property up for sale and move to a smaller home in Beverly Hills. Although their new home was smaller that the Beverly Hills property, the new Vanderpump residence still boasted 8,000 square feet of space and all the luxury add-ons that you could imagine, after the couple had extensively re-modelled it to suit their needs.

Lisa gained international fame in 2010 on the reality TV show ‘The Real Housewives of Beverly Hills’, which has now run for seven seasons and over 150 episodes. The show was a virtually instant hit, gaining 1.5 million viewers for its première in October 2010 and later becoming the top rated cable show, with regular viewing figures of over four million. Now in 2018 Lisa, and actress Kyle Richards remain the only original cast members still starring in the show in its seventh season.

Lisa’s popularity and high profile have led to her own spin off show, Vanderpump Rules, which follows Lisa and the staff at her famous West Hollywood restaurant, SUR. The spin off has been running since 2013 with an initial run scheduled for just eight episodes, yet it proved so popular for viewers that ‘Vanderpump Rules’ has now been on our screens for five seasons and over ninety episodes. In April 2017 the Bravo network announced their plans to produce a spin off from the show, ‘Vanderpump Rules: Jax And Brittany Take Kentucky’ starring cast members Jax Taylor and Brittany Cartwright which is due to air later in 2017.

Lisa’s likeable personality and natural star quality has also seen her make appearances on several other reality TV shows, most notably ‘Top Chef : Just Desserts’ in 2010, ‘Dancing With The Stars’ in 2013, as well as an appearance in the music video for Lady Gaga’s ‘GUY’ in 2014. Her high profile led to her being honored on the Palm Springs Walk of Stars in 2014 with a golden palm star.

Lisa and husband Ken’s success in business has not declined with her rise to reality TV fame. The couple operate not only SUR, but also Villa Blanca in Beverly Hills, a favorite spot for celebrities and the rich and famous, as well as another twenty three restaurants, clubs and bars in both the United States and Europe. Lisa’s business activities stretch even further with a monthly column she writes for Beverly Hils Lifestyle magazine. She authored a best-selling book in 2011 entitled ‘Simply Divine: A Guide to Easy, Elegant and Affordable Entertaining’ in which she shared some of the secrets of her great taste, and in 2014 she launched a home-ware label, ‘The Vanderpump Beverly Hils Collection’ which has since become predictably fashionable amongst celebrities and fans alike.

Fans of Lisa will no doubt be familiar with her pampered and much-loved pet Pomeranian Giggy, and Giggy was the inspiration for another business she launched in 2015 alongside Ken, ‘Vanderpump Pets’, which brought Lisa’s fashionable style to dog owners everywhere with an exclusive line of dog toys and accessories. Lisa also has her own brand of Sangria and has endorsed of number of exclusive products for the luxury market.

It’s hard to believe that Lisa has now been married for over 35 years, but her marriage to Ken Todd has been as successful as the couple’s extensive business operations. Still blissfully happy the couple have never had a hint of discord in their long-lasting marriage despite the 15 year age difference between them, and Lisa has commented in the past that her impulsive and extrovert nature perfectly compliments Ken’s more cautious personality. Their daughter Pandora married in 2011, and the wedding featured in season two of the Real Housewives show. Now in 2018 Son Max, who was adopted at just six weeks old, is reportedly due to meet his biological mother later this year after Lisa arranged for a private detective to track down his real parents.

Lisa’s earnings from ‘The Real Housewives of Beverly Hills’ was always a closely guarded secret, but in 2015 co-star Brandi Glanville, who was unhappy at being paid considerably less than some of the other stars leaked a few of the secrets about Lisa’s earnings from the show. She revealed that Lisa made $250,000 from Season four of the show, and a whopping $500,000 for Season five. Considering the vast business empire that Lisa and husband Ken own and operate, their annual income can only really be guessed at, but her earnings from the show are unlikely to be anything like the wealth that the restaurants and other businesses she is involved in generate per year. Although she is understandably guarded about her annual income, some pundits have speculated that between them Lisa and Ken earn in excess of $20 million per year, before taxes.

Where Does Lisa Vanderpump Live?

Despite ‘downsizing’ from their Beverly Hills Mansion in 2011, Lisa and Ken’s main residence is, and you would probably have already guessed, dripping in style and luxury. The 8,000 square foot villa in Beverly Hills cost just over $10 million and comes complete with five bedrooms, eight bathrooms, a split level library, a swimming pool, hot tub and expansive well-maintained gardens. The property, named Villa Rosa to reflect its pink theme throughout, will be familiar to fans of The Real Housewives Of Beverly Hills and it is appointed in the kind of stylish luxury and eclectic furnishings that you would expect from someone as experienced in stylish design as Lisa Vanderpump. The couple also own several properties in Europe and a home in Montecito, California.

Lisa is active in several activities designed to end animal suffering. In October 2015 she organized a protest march to the Chinese Consulate in Los Angeles against the Chinese Lychee and Dog Meat Festival, and since then she has also launched the Vanderpump Dog Foundation to raise awareness of the suffering of dogs in China. In 2016 the foundation organized the first World Dog Day in West Hollywood which saw over 4,000 people and 2,500 dogs attend the event, including several of Lisa’s co-stars from The Real Housewives Of Beverly Hills.

Lisa has also supported Keep Memory Alive, an organization which aims to raise awareness of several neurological conditions, including Parkinson’s disease and Alzheimers, and she has also supported ‘Equality California’, an LGBT rights group which honored her with an award in 2015 for her efforts on behalf of the organization.